Trump says Europe will be a ‘massive buyer’ of US natural gas. There’s one slight problem with that 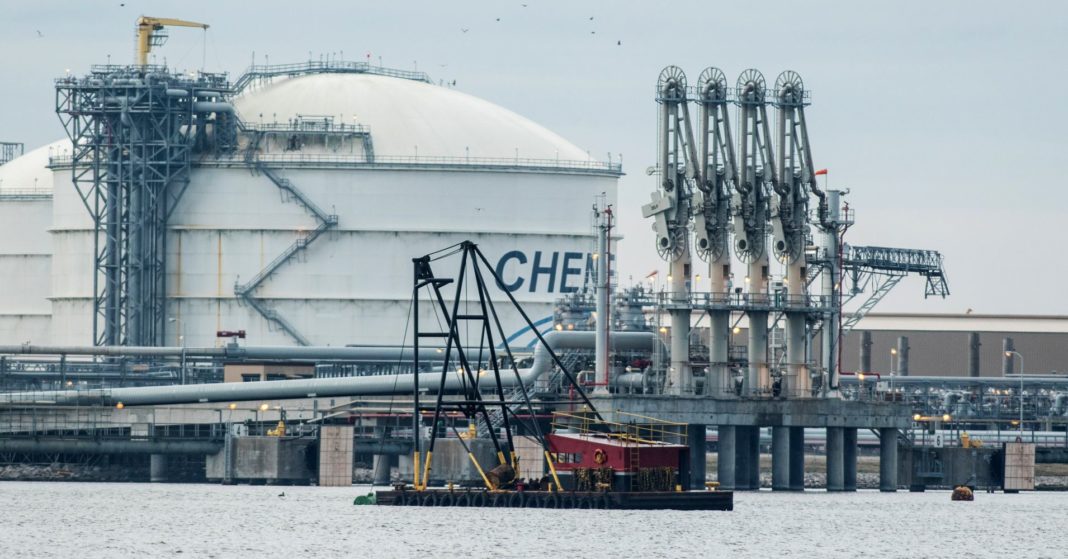 When President Trump met with Jean-Claude Juncker, the president of the European Commission, at the White House, the two said they were entering a new phase in their relationship. Crucial to that will be natural gas.

Demand for natural gas — a cleaner-burning fossil fuel than coal or oil — is rising worldwide, and the United States is a growing supplier of liquefied natural gas, or L.N.G. The European Union, meanwhile, wants to diversify its energy supply, which remains somewhat dependent on Russia, with which it has a difficult relationship.

Mr. Trump said on Wednesday that the 28-nation European Union would be “a massive buyer of L.N.G.,” before adding, “We have plenty of it.”

More from The New York Times:

Germany imports gas from Russia. But is it a ‘captive’?

E.U. is uneasy, and divided, about US sanctions on Russia

Any such shift won’t happen overnight, though.

In simple terms: Europe’s consumption of natural gas is increasing, and its domestic production is falling. Its imports have risen rapidly in recent years, and will most likely increase further in the future.

“The question is: Where will these increased imports come from?” said Marco Alvera, chief executive of SNAM, an Italian natural gas infrastructure company.

Many of the region’s power plants are switching from being fired by coal, which has high levels of carbon emissions, to running on gas, which is significantly better for the environment (though not entirely clean).

But gas production in Europe is declining. One major reason is that the Dutch government ordered a sharp reduction of output at the enormous Groningen field, because of earthquakes caused by exploration there.

And some other sources may be near maximum capacity. Pipeline gas, the main source of Europe’s gas imports, might have peaked, especially from sources like North Africa, our analysts say.

L.N.G., a chilled form of natural gas sold by the United States that can be transported on ships to any place with a specific type of terminal, offers another option. Europe already has several such terminals in place — in fact, it is using less than half their available capacity.

To start, just having the possibility of importing large amounts of L.N.G. from the United States, or indeed elsewhere, eases the risk that Russia could apply a gas chokehold on Europe. (Germany, for example, imports around half of its natural gas from Russia.) Poland and Lithuania, which are especially wary of Moscow, have recently built L.N.G. receiving terminals for this reason.

Still, Europe’s dependence on Russia is driven largely by one factor — Russian gas is cheap.

European gas prices are now largely determined by trading on financial markets, but they are often too low for American suppliers to compete. The cost of liquefying gas in the United States and transporting it to Europe doubles its price for American companies. So if they were to sell to customers in Europe at current prices, they would lose money.

By contrast, Russian gas sent by pipeline to Germany costs far less, allowing Russian companies to make large profits, according to Jonathan Stern, founder of the natural gas program at the Oxford Institute for Energy Studies.

There is also another benefit: Buying more gas from the United States could give Mr. Trump a reason to hold off on imposing costly tariffs on auto imports. Giles Farrer, an analyst at the energy consultancy Wood Mackenzie, points out that the president has tried to use gas to improve the United States’ trade balance in talks with Europe and China.

Cost is a major factor.

Europe has pushed hard in the past two decades to create a freely traded market for natural gas, according to Mr. Alvera of SNAM. The region has, in essence, bet that a functioning market is the best route to easing dependence on any one source.

While American gas exports have grown rapidly, most shipments have gone to Asia and Latin America, where prices have been higher. Price differences mean American gas is usually attractive to European buyers only during cold snaps, when prices on the Continent rise. If a glut of L.N.G. emerges in the future, more of that gas from the United States may wind up in Europe, but that could mean American suppliers lose money, Mr. Stern said.

The United States became a natural gas exporter only recently, as a result of large quantities of the fuel becoming available from shale drilling. As a result, the country has yet to construct the export terminals necessary to sell its gas to customers further afield. The United States is expected to add substantially to this export capacity in the next few years, though.

“It makes a lot of sense for U.S. L.N.G. to fill the gap,” said Oswald Clint, an analyst at Bernstein Research.