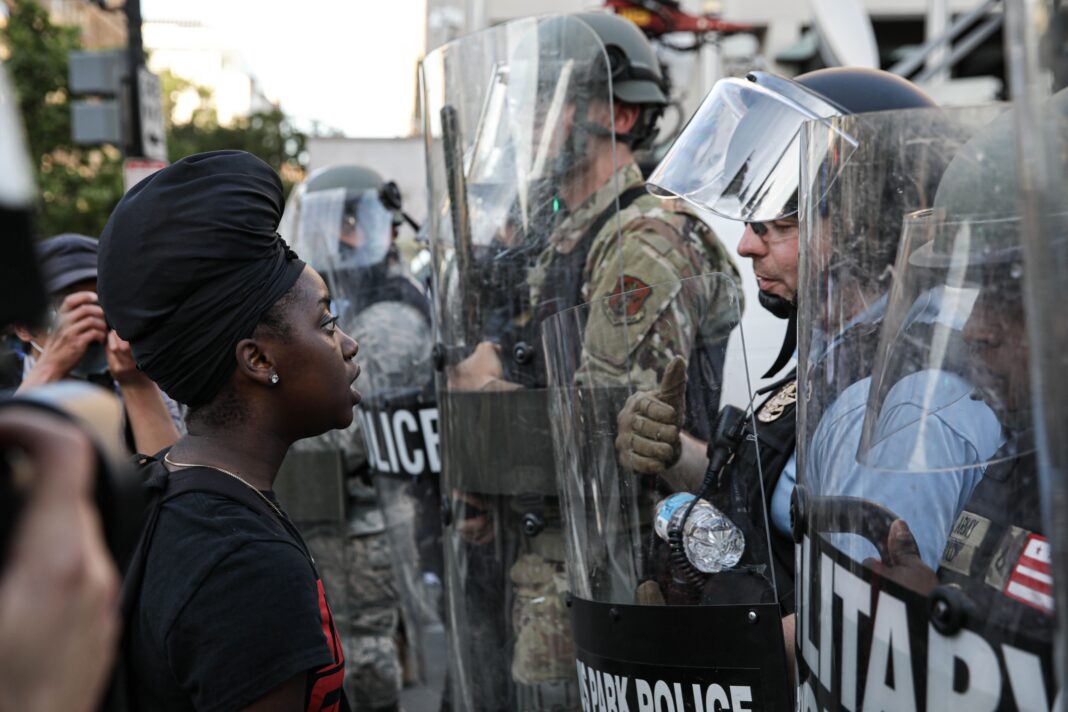 Police violently cleared protesters from a park near the White House last June, not so then-President Donald Trump could stage a photo op at a nearby church but allow a contractor to install fencing, according to a report released Wednesday by the Interior Department’s inspector general.

The fencing installation was “in response to the destruction of Federal property and injury to officers that occurred on May 30 and May 31,” Interior Department Inspector General Mark Lee Greenblatt said in a statement.

U.S. Park Police officials decided to clear the square “several hours before they knew of a potential Presidential visit to the park,” he added.

Police appeared to begin clearing the square minutes before Trump’s notorious visit to St. John’s Episcopal Church near Lafayette Square, in which he held up a Bible while standing alongside several militaries and Cabinet officials. The officers used tear gas, pepper balls, rubber bullets, and flash grenades to disperse the crowd.

The demonstrators had gathered in the square to protest the murder of George Floyd, a Black man, at the hands of a white Minneapolis police officer a week earlier. The church had been damaged by a fire during protests the night before.

In a Rose Garden speech minutes before heading to the church, Trump condemned the looting and riots that unfolded during some of the massive nationwide protests and declared himself “your law and order president.”

Trump’s appearance at the church sparked widespread backlash. Many people accused the White House of ordering the police to clear the square solely for the photo op and violating the protesters’ First Amendment rights.

Trump at the time denied that he had anything to do with the actions of the police. The Then-head of the U.S. Park Police, Gregory Monahan, denied that the square’s clearing was related to the church visit during a House Natural Resources Committee hearing about the matter in July 2020.

“There is 100% zero correlation between our operation and the president’s visit,” Monahan had said, adding that the area had to be cleared so no-scale fencing could be installed.

Monahan testified that the decision to install fencing and for the police to use chemical irritants to clear protesters that day was due to “sustained violence” against law enforcement in Washington, D.C. But asked by Rep. Jared Huffman (D-Calif.) for an example of such violence, Monahan could point to only one incident in which a protester hit a police officer donning a helmet with a brick.

In a statement Wednesday, Trump thanked Greenblatt for “Completely and Totally exonerating me” in the matter.

“As we have said all along, and it was backed up in today’s highly detailed and professionally written report, our fine Park Police decided to clear the park to allow a contractor to install antiscale fencing safely,” Trump said.

Still, the inspector general’s office found “weaknesses with the operation to clear the park,” including U.S. Secret Service deployment before police had begun dispersal warnings, which were not loud enough for everyone to hear, Greenblatt said in his statement.

The inspector general’s office made two recommendations in its report: “Given the lack of a specific policy, we recommend that the USPP develop a detailed policy for protests and other events of the type that occurred on June 1 and improve its field communication procedures to manage multiagency operations better.”