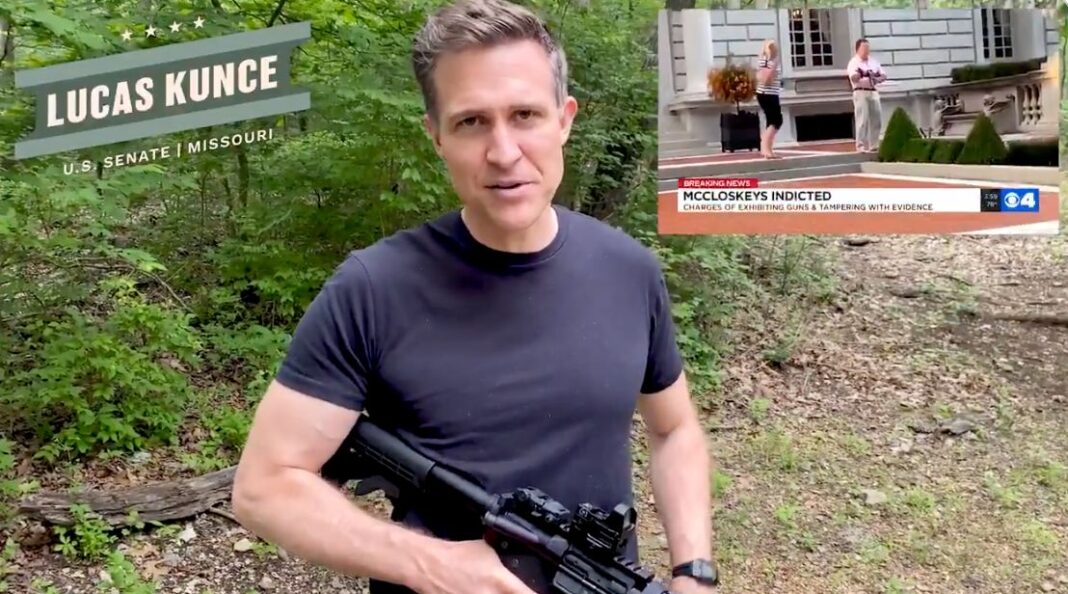 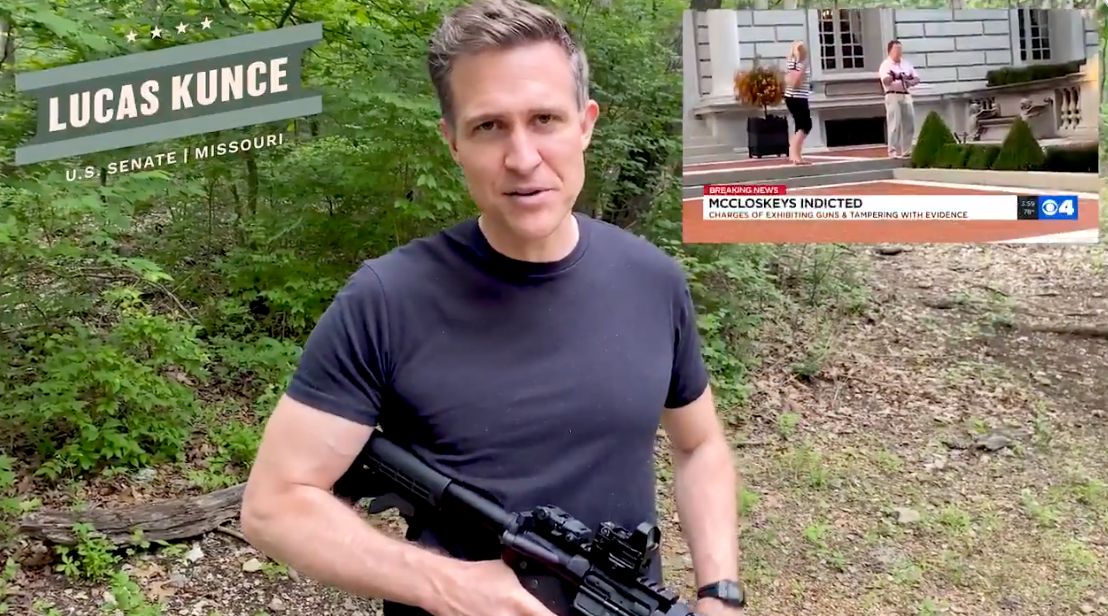 Democrat Lucas Kunce, running for an open Senate seat in Missouri, released a campaign ad Wednesday mocking one of his opponents, Republican Mark McCloskey, who drew national outrage last summer when he and his wife pointed guns at Black Lives Matter protesters outside their St. Louis mansion.

In the video, Kunce cocks a firearm, appears to aim it at something, and then says: “You know what? Forget it. I don’t have to do this type of thing… Stunts like that, those are for those clowns on the other side, like that ‘Mansion Man’ Mark McCloskey.”

Kunce ― a former Marine who declared his candidacy in March ― then challenges his opponent to apologize to the people he “threatened with deadly force.” He offers to give McCloskey a “U.S. Marine-led weapons training class” in return.

Remember that clown who got his 15 minutes of fame threatening people with a weapon of war outside his mansion? You know, Mansion Man @Mark__McCloskey?

Well, I’m running against him for Missouri’s open U.S. Senate seat. And I want to teach him a lesson. pic.twitter.com/3UGaoXvD4p

McCloskey and his wife, who shouted and waved their weapons at racial justice protesters outside their house in June 2020, were indicted last year and charged with unlawful use of a weapon. They’re due to stand trial later this year.

McCloskey spoke at the 2020 Republican National Convention and earned the praise of then-President Donald Trump. He announced his run for Senate last month.

Kunce and McCloskey are among a slew of candidates running for the seat vacated by Sen. Roy Blunt (R), who has said he will not seek another term.

Democrat Scott Sifton, a Missouri state senator from 2013 until earlier this year, is also running for Blunt’s seat, as are Republicans Eric Greitens, a former Missouri governor who resigned amid allegations of sexual misconduct, and Eric Schmitt, the state’s attorney general.

Kunce is running as a progressive candidate, not accepting any corporate PAC money, calling for universal health care, legalizing marijuana, and breaking up corporate monopolies.