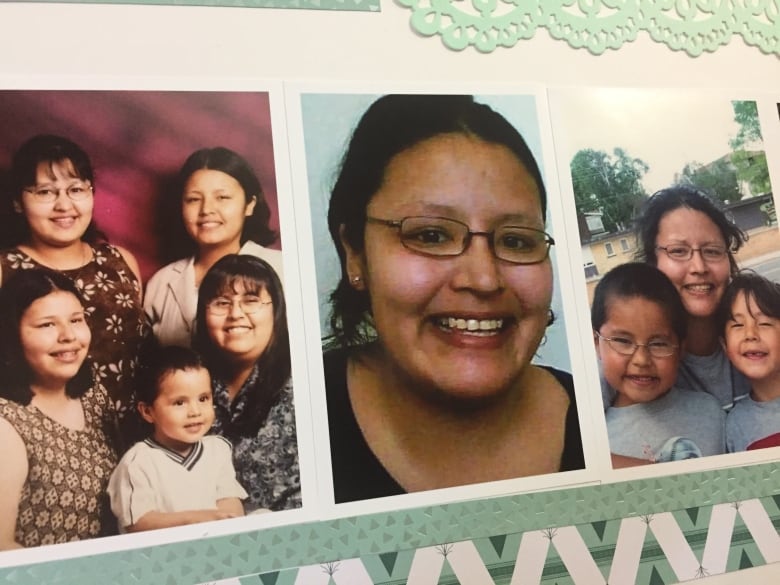 More than three years after Barbara Kentner’s death, her sisters are hoping for justice in a case that hundreds of First Nations chiefs from across the country see as a test of Canada’s commitment to missing and murdered Indigenous women and girls.

Kentner, a 34-year-old mother and member of Wabigoon Lake Ojibway Nation, died nearly six months after being struck by a trailer hitch thrown at her from a passing car.

The charge against Brayden Bushby, 21, was reduced from second-degree murder to manslaughter and aggravated assault earlier this year, sparking outrage from First Nations leaders. There is no mandatory minimum sentence for manslaughter in Canada unless it involves a firearm. If convicted, Bushby could face a sentence ranging from probation to life in prison.

“Barb was Barb. It’s hard to explain your sister, you know?” Melissa Kentner said. “You fight. You argue. You love each other. She was always a loving, caring person. She always thought about others.”

Melissa was with Barbara that night in January 2017 and told CBC News at the time that a passenger in a car yelled, ‘Oh, I got one,’ after throwing the trailer hitch at them. Barbara was hospitalized and required surgery after the blow to her stomach. Melissa said her sister never recovered from her injuries. She died on July 4, 2017.

“It’s not being prosecuted as a hate crime … but I figure it was,” Melissa said in an interview last week.

She said she needs to be careful about how much she says before her testimony, scheduled for the first day of the trial.

“It’s been stressful. There are lots of words I want to say, but I can’t say them,” she said. “Sometimes, I just want to explode, but I can’t. I don’t want to get in trouble.”

Another sister, who is not expected to testify and was not present when the incident occurred, spoke more freely. Connie Kentner said whoever threw the trailer hitch is guilty of more than manslaughter.

“I do believe it was a hate crime, and it was premeditated because who decides just all of a sudden to throw a trailer hitch at people walking down the street,” Connie said. “That’s the fact of it. It did happen. There’s no way around it. I don’t understand why it would be something different.

“In my opinion, it is murder because she did end up dying over it, and that was the cause. Sure, she probably had health issues before that, but that’s not the initial cause of her death. It was the trailer hitch.”

CBC News asked Bushby’s defence lawyer, George Joseph, for comment on the case in advance of the trial. No comment was offered before publication time.

Bushby was first charged with aggravated assault in February 2017. The charges were upgraded to second-degree murder after Barbara died and then reduced in September.

“While infuriating and entirely unjust, this is what both Indigenous and non-Indigenous peoples in Canada have come to expect from the justice system when it comes to violence against Indigenous peoples, in particular, Indigenous women, girls and two-spirit people,” chiefs from Ontario, British Columbia, Quebec and Labrador said in a joint statement on Sept. 25.

The date for the trial has also been delayed several times and was finally set to begin in October when a fire resulted in the closure of the Thunder Bay courthouse. The case is now being heard in the old courthouse, which had been converted into a hotel.

Exhausting for the family

The lengthy wait has put a strain on the family, including Barbara’s 19-year-old daughter, Serena, who is undergoing treatment for cancer.

Melissa said, “I want closure, so I’m able to get on with my life and get the help that I need.”

She said she put off mental health counselling because the counsellor told her that her notes could be subpoenaed for the trial.

The case is “indicative of how brutally this delay of justice, this racism injustice, all of these things just exhaust people, and it makes it really hard to remain actively engaged and rightfully outraged,” said Riley Yesno, an Indigenous rights activist and research fellow at Ryerson University’s Yellowhead Institute. “And it must be so exhausting for the family.”

‘Could have been anybody’

For Yesno, the case also highlights the importance of the recommendations that the government has yet to act on from the National Inquiry into Missing and Murdered Indigenous Women and Girls, especially when it comes to more serious consequences for perpetrators of violence.

“We still can’t assume that we will get justice, that these systems that we’re told are here to protect us, actually will,” she said.

The trial could mark a turning point in Thunder Bay’s history, Yesno said, an opportunity to change “all these narratives of Thunder Bay being this hostile and horrible place for Indigenous people to live” by showing support and care for the Kentner family.

Barbara’s sisters said they hope the whole city learns from it that the consequences of hate are deadly.

“It could have been anybody, and it still can be anybody [who was killed]. It’s just the way this community proceeded. It’s all about hate,” Connie said.

The trial, by judge alone, begins Monday and is expected to take four days. Bushby has pleaded not guilty.