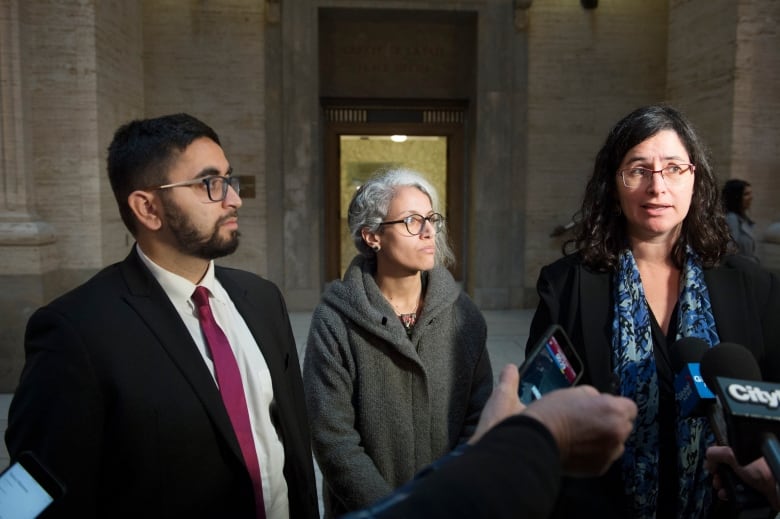 A legal challenge against Quebec’s secularism law will be heard in court Monday morning more than a year after the law came into effect.

Opponents to the law — known as Bill 21 — argue it disproportionately targets Muslim women and is therefore unconstitutional.

In the days and weeks after the Quebec government invoked closure to push the law through the National Assembly in summer 2019, four separate lawsuits challenged the legislation.

The challenges are expected to be heard together in Quebec Superior Court at the Montreal courthouse.

When the government passed the law, it invoked the notwithstanding clause to override sections of the Canadian Charter of Rights and Freedoms.

The law bans public school teachers, government lawyers and police officers, among other civil servants, from wearing religious symbols at work. Those include large crucifixes, turbans and yarmulkes, but the groups challenging the law say it overwhelmingly affects Muslim women who wear the hijab.

The groups include the National Council of Canadian Muslims (NCCM) and the Canadian Civil Liberties Association (CCLA).

They say the notwithstanding clause does not cover Section 28 of the charter, which states that rights and freedoms are “guaranteed equally to male and female persons.”

“It’s trying to force a certain world view on everybody.”

The groups have already presented evidence in court showing dozens of Muslim women haven’t been able to get jobs as teachers in their attempts to have the law suspended until the challenges are heard in court. Those attempts were turned down in Quebec Superior Court and the Quebec Court of Appeal last year. The Supreme Court of Canada refused to hear an appeal of those decisions.

Recent public discussions about racism in Quebec, spurred by the Black Lives Matter movement, have raised Bill 21 as an example of systemic racism, which Premier François Legault has denied exists in the province.

Several marches and protests, for and against the law, occurred after the government introduced it. Students and staff from McGill University’s Faculty of Law in Montreal issued an open letter Friday in support of the challenges to the law. They will be staging a sit-in at the courthouse Monday morning.

The Quebec government will be defending the law, saying it simply enforces the secular nature of the state.

But it will have help in court from groups who say allowing religious symbols in places such as classrooms infringes on parents’ freedom to choose how their children learn about religion.

Lawyer Guillaume Rousseau is representing one of those groups, the Mouvement laïque québécois.

“Not only is the law not discriminatory; it is essential to defend a parent’s freedom of choice,” Rousseau said.