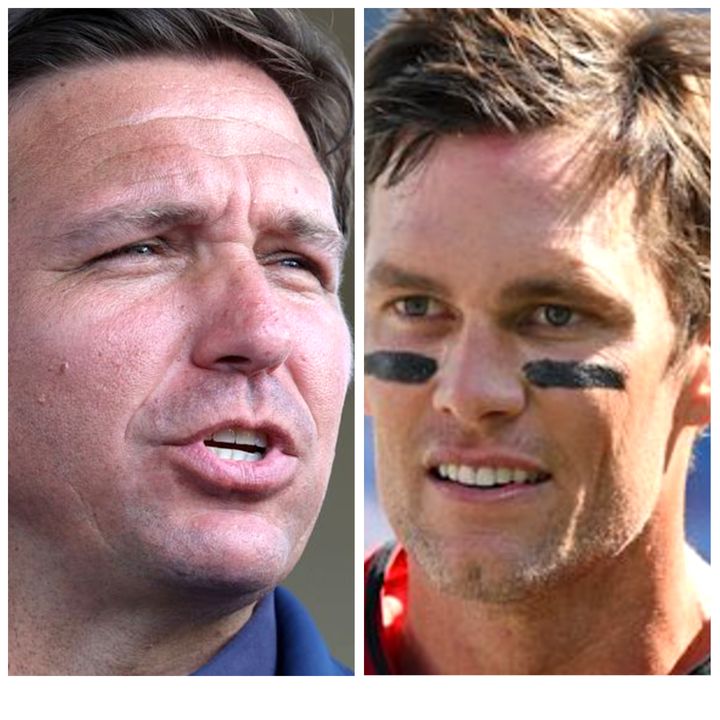 Tim Michels, the Republican nominee for Wisconsin governor, recently shared an anecdote about an exchange he witnessed between the seven-time Super Bowl champion and the potential GOP presidential hopeful.

Michels said at a meeting of the far-right Lake County Patriots on Thursday that he recently hosted DeSantis at a Green Bay Packers game in the venerable Lambeau Field. The Times was denied entry to the meeting but obtained a recording.

“I look over and he’s texting and he says, ‘How do you spell Lambeau?’” Michels recalled.

Michels asked him whom he was texting and said DeSantis replied: “I’m texting with Tom Brady, The governor of Florida gets to text with Tom Brady.”

“I’m hoping that when I’m the governor of Wisconsin, I can text Aaron Rodgers,” Michels added.

HuffPost reached out to DeSantis’s office, as well as Brady through the Buccaneers, but neither responded to a request for comment.

The nature of the text beyond small talk wasn’t known. But the notion that Brady and DeSantis appear to be on casual terms might bring to mind the quarterback’s relationship with former President Donald Trump.

Brady and Trump have golfed together, called each other friends, and exchanged mutual admiration over the years. In 2015, Brady was spotted with a Make America Great Again hat in his locker and said Trump had “done amazing things.” But he stopped short of endorsing Trump during his 2016 run for the presidency and declined to appear at the Republican National Convention in celebration of Trump’s first nomination.

The 45-year-old Brady’s decision to un-retire has been followed by a miserable season on and off the field. The Buccaneers lost to lowly Carolina, 21-3, on Sunday to drop their record to 3-4. Brady and his wife, Gisele Bundchen, have reportedly lawyered up for a potential divorce.