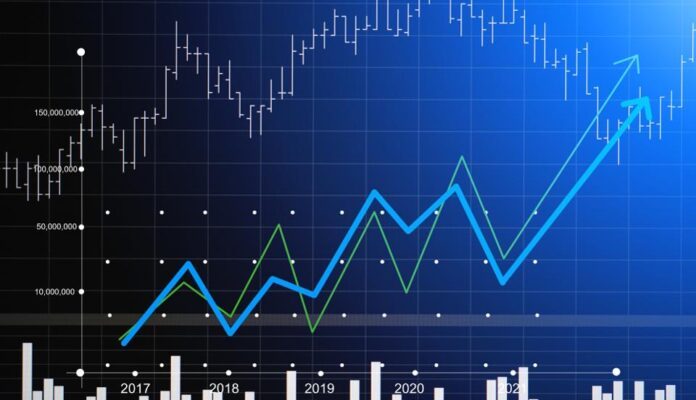 When it comes to investing in 2020…here’s everything you need to know, WHY the stock market seemed to sell off out of nowhere, how this is SPECULATED to be the doings of a company called SoftBank, and then we’ll talk about Tesla. Enjoy!

First, we need to talk about SoftBank – because this could, in theory, explain SOME of the recent run-up in the stock market – and then, the subsequent, quick decline.

For anyone who’s not aware, Softbank is an investment conglomerate and holding company worth somewhere around $113 BILLION DOLLARS…and lately, they seem to be the center of a lot of controversies. An article just published by CNN explains how SoftBank could be the NASDAQ “whale” that has the power to manipulate the entire market – and here’s how that works.

SoftBank invested $4 BILLION DOLLARS into certain tech companies through what’s known as a call option – this means SoftBank pays a “Small Fee” for the RIGHT to buy a certain stock, at a certain price, by a certain date. When SoftBank invests $4 BILLION DOLLARS into the market place buying up specific stocks all at once…they have the power to POTENTIALLY MOVE THE ENTIRE MARKET alongside with it, because SOMEONE ELSE needs to buy those 100 stocks to make the transaction. That now gives the theory that – possibly – traders like this have the power to influence and move the market, either up like we’ve seen recently – or down when they begin to sell.

As far as what you can do about it – HONESTLY, I don’t see this as a big deal. Drops like this are NORMAL, they’re not causes to panic, and as long as you have a plan to hold your investment LONG TERM – just see these little dips as “flash sales,” buy more – and hold on the long term. In the big picture, it doesn’t matter.

BUT, if you’re investing in risky stocks with no knowledge of what you’re investing in, and you’re only buying in because you don’t want to miss out on the hype money train…then yeah, you’re better off selling, and holding out until you have a better grasp of your investments, and this should NOT be a market to gamble money you can’t afford to lose. ONLY invest in stable funds or stocks you REALLY know the fundamentals of, long term – and that’s it, for 99% of you watching. Buy and hold, as they say…

Finally…lets talk BRIEFLY about Tesla NOT getting into the SP500, and now it’s subsequent 35% DROP in a matter of a few days.

Now, here’s the thing – in order to be eligible for SP500 inclusion, a company must hit a few key criteria points, one of which being that they’ve had 4 quarters of profitability – which, TECHNICALLY, Tesla just hit. HOWEVER…just because a stock meets all the criteria of getting into the SP500, doesn’t mean it’s automatically going to be added in.

There is a committee of 9 members that meet every month to decide on who gets added – and who gets removed – from the index, and how they vote which stocks get added or removed isn’t known and isn’t published ahead of time. It’s speculated that Tesla is just too volatile to be added to the index quite yet, and for stock to swing + or – 35% in a few days, at a hundred billion dollar valuation, isn’t quite something best suited for positioning within an index.

In terms of where we stand today – I’m not too shocked that the markets have fallen so much over these last few days. The stock market has risen nearly every single day for almost 2 weeks straight…there’s no “REAL REASON” for that, and as illogical as the stock market is – just like we can’t question why it’s going up, we can’t reason why it’s going down – it just does what it wants, and it’s up to us to enjoy the ride, have fun watching it – but, at the end of the day, the ONLY thing we can do is consistently buy and hold – that’s it.

Get out of 9-5pm job create your own wealth

Types of insurance you need to protect your business

Tips on How to get more Subscribers on YouTube

Need Extra Cash? Here is How to Make Money on Facebook

9 Simple Ways to Save Money Every Month

10 Ways to Engage With Customers on Social Media

Experience True freedom- Take charge of your finance and future

The Best Types of Real Estate Investments For you