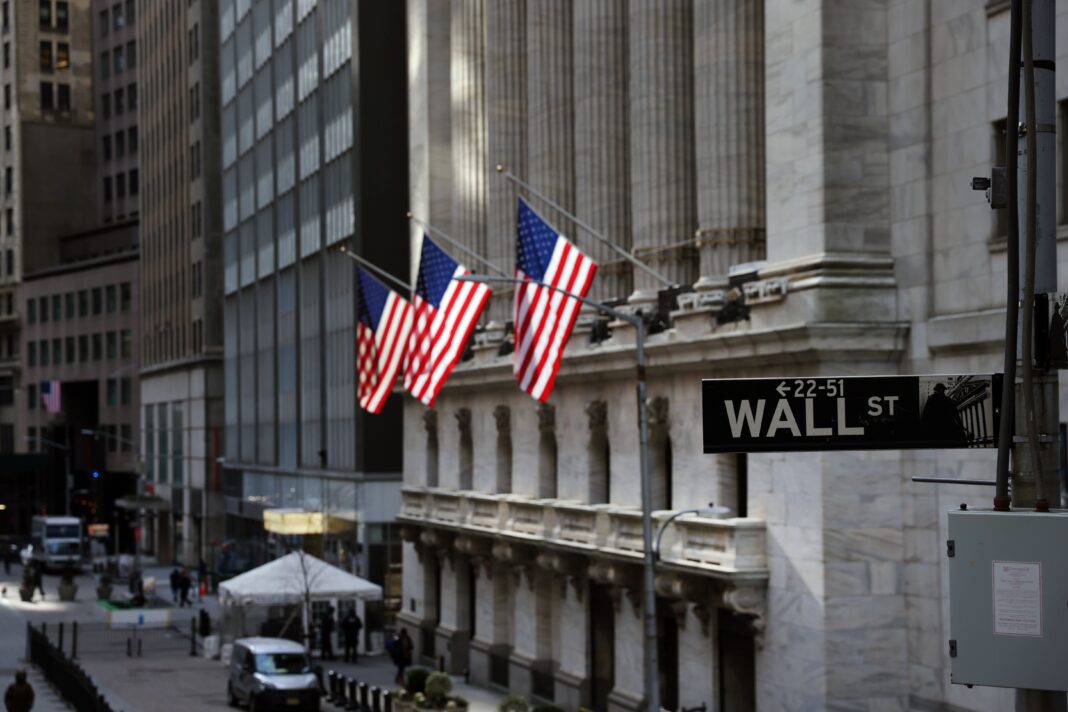 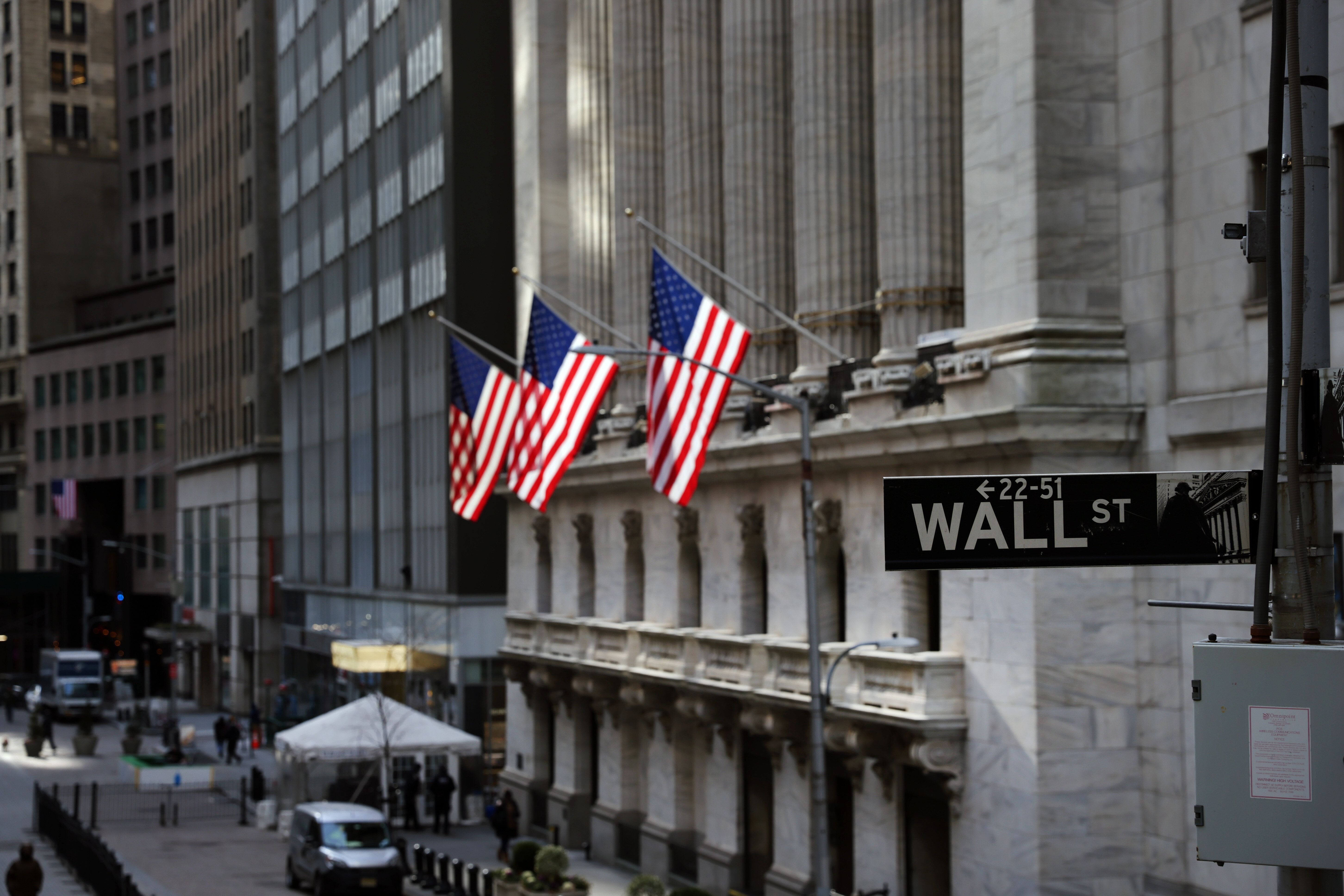 In the most basic terms, the battle over GameStop stock is a David-and-Goliath story, pitting old against new, “smart money” against “dumb money,” the Wall Street establishment against everyone else. Who wouldn’t want to root for the underdog?

Of course, it’s all a bit more complicated than that.

So what is happening with GameStop?

The video game retailer’s stock price has seen a nearly 2,000% increase since January. A year ago, it was trading under $4. On Thursday, it reached a high of $470 ― which is weird because the increase has not been driven by astonishingly good performance on the company’s part. Rather, many Reddit users worked together to catapult the price at the extraordinary expense of hedge fund managers.

Even before the pandemic, GameStop struggled to compete with a digital video game economy that’s made it easier than ever to download or stream a game without needing to buy a physical copy. As the pandemic arrived, the company’s fate appeared to take a turn for the worse. GameStop is largely a brick-and-mortar enterprise, and the coronavirus was putting people off in-store shopping for a good reason.

In March, we wrote about how GameStop retail locations were attempting to bill themselves as “essential” businesses ― alongside grocery stores and pharmacies ― to stay open amid strict lockdown measures. (Employees, understandably, weren’t pleased about having to come to work during a pandemic.)

As a side note: If you, like this reporter, started reading about GameStop and suddenly felt ready to burst with existential questions about the stock market at large ― how it started, what good is it, why does it not reflect the real state of the economy ― take a look at journalist Luke O’Neil’s newsletter. He called up Doug Henwood, who writes and talks about economics professionally, for help with the big questions.

OK, what does Reddit have to do with this?

Using online message boards for trading stock tips has been going on for decades now. The 1990s made it possible for regular people to trade stocks through sites like E*Trade and Scottrade, which charged a fee but liberated people from calling a professional to make trades for them by phone.

So it’s unsurprising that there is currently a popular community on Reddit dedicated to the stock market, called WallStreetBets.

Its tagline is “like 4chan found a Bloomberg Terminal illness,” which is apt. Entrenched in meme culture, WallStreetBets has developed its own vocabulary. People say “tendencies” when they mean “profits,” for example ― with “tendencies” being short for chicken tenders, which, of course, everyone wants and loves.

People on WallStreetBets are engaged in “day trading” or “retail trading,” which is generally considered very risky by people whose job is to give serious financial advice. Much less risky is putting money in your 401(k) and trusting the professionals who manage it to do their jobs well.

But retail trading is particularly alluring now, as the rich reach fabulous new heights of wealth. Simultaneously, regular people wait hours in food bank lines and die of a contagious virus at a horrifying pace. It seems like an opportune moment for beating the monied establishment at its own game.

At WallStreetBets, some users came to believe that GameStop stock was genuinely undervalued. In late summer, a Reddit user with the handle DeepFuckingValue began recommending GameStop stock via his YouTube channel, where he goes by RoaringKitty. (In real life, he is a financial adviser from Massachusetts named Keith Patrick Gill, according to CNBC.) The company, he argued, had already boosted digital sales. It was acting economically by closing some of its stores, and it would soon benefit from the release of new gaming consoles.

Wall Street, meanwhile, was not nearly as optimistic about GameStop’s future in the coronavirus era, given its past performance. Some hedge funds, including Citron Research and Melvin Capital, had decided to short the company’s stock to make money for their investors, which is the whole purpose of a hedge fund. And people on WallStreetBets found out this was happening.

But how do you “short” a stock?

Short selling is an investment strategy where you make some quick money by betting against a company ― that is, betting that its stock price will drop.

For example, say you have a hunch that Company X will do poorly over a certain time frame. You find someone who holds stock in Company X and borrows 10 shares from them, anonymously. You sell the shares at market price, which is $4. Now you have $40 ― but you still have to return the shares you borrowed and do it by a certain time. You wait a bit. Luckily, your prediction was right, and Company X shares drop to just $2 each, allowing you to buy 10 shares for only $20. You return the 10 shares to the party you borrowed them from and pocket the difference. You just made $20 by shorting Company X.

Another way to think about it is with Pokemon cards, as Reddit user Lofties explained nicely in a recent post. If you knew that next month, the Pokemon company was going to churn out a lot more Charizard cards and send their value plummeting, you could borrow your friend’s Charizard cards and sell them off. Then, once the value drops, you could buy back the same number of cards for much less. You return the cards to your friend and pocket the difference. Your friend has their cards back, and you’ve made money from Pokemon cards that you never actually owned.

As you can probably see, there are huge risks to short selling if the market doesn’t move the way you want it to.

Using Lofties’ Pokemon example, say you borrowed 10 Charizard cards and sold them for $50 each, giving yourself $500. Then, say the cards’ value was to skyrocket (“it turns out they cure cancer”). Suddenly, everyone wants a Charizard. There’s a run on Charizards. The price per card is $100, then $500, and it keeps going up. What do you do? You have to replace those cards you borrowed. Either you wait it out, or you cut your losses and walk away, hoping you get it right next time.

The first person to short sell a stock was a Dutchman in the 17th century, who really hated the Dutch East India Company and tried spreading nasty rumors about it to sink its stock value. Unfortunately, his plan didn’t work, and it prompted the Dutch government to ban short selling.

TL;DR: Wall Street wanted GameStop stock to drop, but many amateur traders started buying a lot of it, causing the price to rise to absurd heights. Now Wall Street is mad about losing money, and the amateurs say they’re making a point about elitism.

I know this GameStop stuff is funny, but you have to remember this is hurting real people who own multiple boats

Of course, it’s not all high-mindedness ― the amateurs are also trying to make money. But the situation has drawn attention from Congress, including Sen. Elizabeth Warren (D-Mass), who pointed out Wall Street’s hypocrisy: “For years, the same hedge funds, private equity firms, and wealthy investors dismayed by the GameStop trades have treated the stock market as their own personal casino while everyone else pays the price.”

DeepFuckingValue, the Redditor who helped launch the GameStop trend, posts regular updates on his gains, having turned an initial $53,000 investment into an astonishing $30 million as of Thursday. Others use his updates as an affirmation to “hold the line” ― that is, refuse to sell their shares ― because of the huge financial loss DeepFuckingValue is now risking.

It’s not about the money, it’s about sending a message. 🚀💎🙌 from wallstreetbets

“What I think is happening is that you guys are making such an impact that these fat cats are worried that they have to get up and put in work to earn a living,” wrote one of the moderators of WallStreetBets in a post this week. “Some of these guys [who] traditionally used the media as a tool for them to manipulate the market have failed to line their pockets further and now want to accuse you guys as being manipulators.” (The talking heads you see on cable television are, indeed, sometimes finance industry insiders trying to move a stock this way or that for their own ends.)

The community celebrated when Melvin Capital gave up attempting to short GameStop, having taken a massive loss. Melvin, however, quickly shored itself up with a $3 billion infusion from two other funds.

Despite the commotion, WallStreetBets has not brought Wall Street to its knees. But it has made average-Joe retail traders more of a force to be reckoned with.

Offline, GameStop ― and other stocks that have caught the eye of this community, like Nokia ― are now being referred to as “meme stock.” Reddit isn’t the only place where amateur traders chat, either. You can find stock tips pretty easily on TikTok and Discord ― other social media platforms that attract the same young demographic that’s driving the GameStop surge.

So why is everyone mad at Robinhood? Also, what is Robinhood?

Competing with the older, more well-known online stock trading platforms are newer apps that allow users to make trades for free. One top-rated app is called Robinhood. The company bills itself as a force for democratizing the stock market and its users appear to have really taken that call to heart.

But on Wednesday, as the whole GameStop thing exploded, Robinhood suspended trading of GameStop shares, along with other “meme stocks” ― AMC Entertainment, Blackberry, and Nokia among them. It’s important to note that Robinhood is subject to many complicated rules set out by the Securities and Exchange Commission to offer free trading for its users, and the flurry of activity in recent weeks has been a logistical headache for them. In defending his company’s response to the GameStop madness, CEO Vlad Tenev told CNBC that “the reason we did it is that Robinhood, as a brokerage firm, we have lots of financial requirements.”

“We absolutely did not do this at the direction of any market maker or hedge fund,” Tenev said ― though that hasn’t stopped speculation that there’s a conspiracy afoot.

Anthony Denier ― CEO of Webull, another free-trading app ― also batted away conspiracy theories when he addressed why his company was similarly forced to restrict trades.

“This has to do with settlement mechanics of the market,” he concluded.

Still, these actions have triggered a surprisingly bipartisan rebuke.

How does this end for the Redditors?

While it isn’t entirely clear, it seems obvious that some of the retail traders could lose quite a bit of money as the hype dies down and the value of GameStop deflates. Not everyone can get out on top. And if their posts are to be believed, certain people on WallStreetBets have made major investments in GameStop, claiming to be at risk of losing student loan payments, mortgages, and six-figure life savings.

How it will all play out remains to be seen.