Here’s What Could Happen If Biden Forgives Student Loan Debt 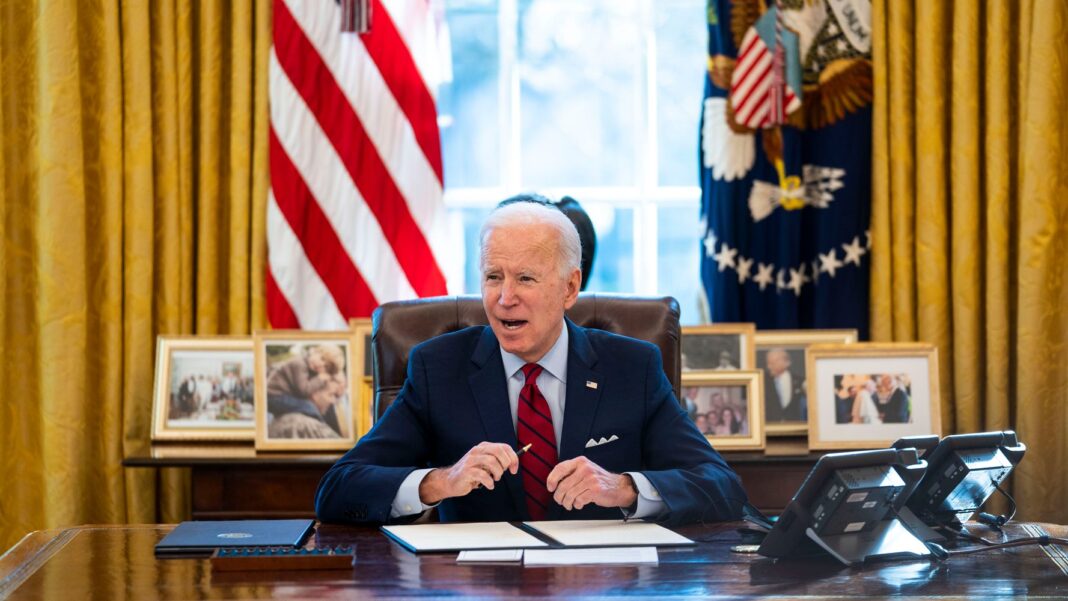 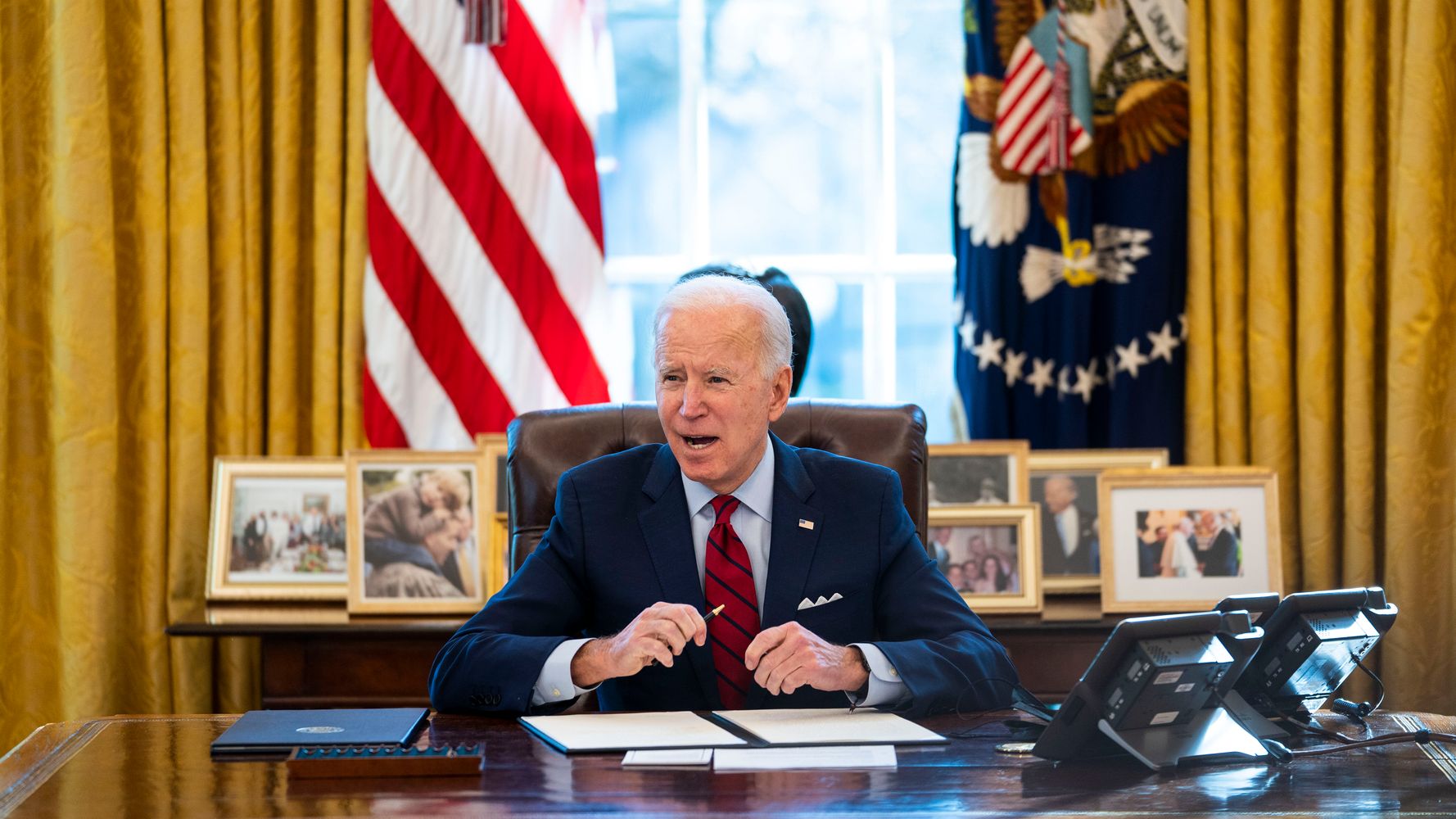 Nearly 45 million Americans collectively owe $1.59 trillion in student loans. In fact, student loans make up the second-largest type of consumer debt in the country, behind only mortgages. Though student loans are often considered an “investment” in a borrower’s future career and income, unlike a mortgage, that monthly check to Sallie Mae doesn’t keep a roof over your head. Additionally, more than 5 million student loan borrowers are currently in default (meaning they are significantly behind on payments, for whatever reason).

“The burden of making those payments is squeezing the budgets of young adults, and causing many to delay major decisions such as buying a home or getting married,” said Richard Barrington, a senior financial analyst for MoneyRates.com. That’s not just a hardship on those young adults, but a drag on the economy in general, he noted.

It’s no wonder that President Joe Biden faces pressure to cancel existing student loan debt, either in part or totally.

Approximately 92% of student loans are issued by the federal government, while the remaining 8% are funded by private financial institutions like banks and credit unions. Biden has said he’d like to pass legislation that would forgive a portion of student loan debt.

“President Biden has expressed his support for the immediate cancellation of $10,000 in federal student loan debt [per borrower] as a response to the coronavirus pandemic, as well as full student loan forgiveness for borrowers who attended public colleges and made less than $125,000 per year,” said Rebecca Safier, personal finance expert and certified student loan counselor at Student Loan Hero. “However, he has indicated that he would likely not pass loan forgiveness via executive action, so he would need to get Congress on board with these plans.”

Now that Democrats have a slight majority in the Senate, some form of loan forgiveness is looking more likely, Safier noted, which could do a lot to relieve the financial burden on indebted borrowers. “With their student loan payments canceled or reduced, these borrowers could have more spending money from month to month, allowing them to participate in the economy more actively,” she said.

But despite the economic benefits of student loan forgiveness, there are some potential drawbacks, too. Here’s a look at what could happen if Biden forgives student loans.

Borrowers would gain freedom and boost the economy.

One of the biggest benefits of canceling federal student loans is that many people could start living their lives more fully. As Barrington mentioned, student loan debt is responsible for putting many borrowers’ goals on hold.

One Bankrate survey found that nearly three-quarters of millennials who have had student loan debt delayed at least one major life or financial milestone as a result. This includes saving for emergencies (which 38% of respondents said they’d put off), home buying (31%), paying off other debt (28%), buying or leasing a car (28%), saving for retirement (25%), having children (19%) and getting married (17%). And we’re not just talking about 20-somethings getting started in their careers; millennials are mostly in their 30s now.

This drags down economic growth across the board. According to Travis Hornsby, founder, and CEO of Student Loan Planner, if student loan debt is forgiven, borrowers could also become consumers overnight. “Imagine if you woke up one morning and a multi-year obligation that required a significant contribution from your income was all of a sudden gone,” he said. “That not only feels great but would probably translate to former borrowers being a little more generous.”

Essentially, student loan forgiveness acts as a form of economic stimulus. Removing that monthly debt obligation would be akin to sending a stimulus check every month. And since so many Americans would suddenly have extra cash in their pockets, they could use it to buy goods, finance houses, and invest in the stock market.

The racial wealth gap would begin to narrow.

Canceling student debt could even help narrow the racial wealth gap. According to the Roosevelt Institute, the wage gap between Black and white graduates with bachelor’s degrees increased by 57% between 2000 and 2018, largely thanks to student debt. During that same period, the median student debt load for white borrowers nearly doubled ($12,000 to $23,000). For Black borrowers, however, it quadrupled ($7,000 to $30,000).

There would be a massive improvement in mental health.

The benefits extend beyond finances. The crushing weight of student loan debt has a significant impact on the mental health of borrowers. One survey by Student Loan Hero found that 65% of student loan borrowers lose sleep due to stressing over how they will repay their student loans. Two-thirds of respondents reported having physical symptoms of anxiety due to the stress from their student loan debt, including headaches, muscle tension, upset stomach, rapid heartbeat, and fatigue. According to a survey by Student Loan Planner, one in 15 borrowers with a high debt load have considered suicide because of it.

The financial burden would shift to the government.

Since the federal government issues nearly all student loans, canceling them would put an immediate halt to billions of dollars in revenue from interest. That means the government would have to find a way to counter the loss by adjusting the budget, printing more money, or raising taxes.

In any case, now is not a great time to figure it out: “COVID-19 has placed a considerable financial burden on the country,” Barrington said. “With a recession still underway and the vaccination effort just starting, the government must be cautious about how it uses its resources.”

Before going forward with student loan cancellation, serious consideration would have to be given to how it’s paid for and by whom.

The stimulus effect could be modest, at best.

Though student loan forgiveness could boost the economy, it’s not necessarily the most effective form of stimulus compared to other options. Annual student loan payments equate to about $100 billion, which is 0.4% of GDP, according to Mark Kantrowitz, publisher and vice president of research at SavingforCollege.com.

“Claims of a domino effect are not supported by compelling evidence,” he said. “About a third of the forgiveness would go to high-income borrowers, who are more likely to save the money than to spend it.”

That’s also true of stimulus checks distributed as part of the latest coronavirus relief package. According to one analysis, the checks increased spending among lower-income households (those with average annual incomes below $46,000) significantly. Still, they had little impact on spending among higher-income households (or those with average annual incomes above $78,000).

The cost of college could soar even higher.

Forgiving student loans don’t get to the root cause of excessive student loan debt ― namely, the spiraling cost of higher education, Barrington noted.

“In a sense, the government already supports tuition inflation through federally backed student loans,” he said. “Throwing additional money into the fire would not address the problem of holding colleges more accountable for keeping costs reasonable and offering worthwhile degree programs.”

People will argue it’s not “fair.”

Millions of Americans have already paid off their loans, and some feel that if they had to suffer, everyone else should, too. Unfortunately, so many one-time borrowers have had to pay off big loans, which’s not exactly a great argument against helping subsequent generations of grads.

However, it is important to recognize that there is some privilege baked into higher education. Some people didn’t have the option of attending college at all, for instance. “Should those who’ve benefited from the opportunity to attend college now get the extra gift of loan forgiveness, or could that money be directed to people who never got a break in the first place?” Barrington said.

Plus, not all borrowers are in equal need of relief. “People go to college in part because there are financial rewards to having a degree, and often those rewards pay off,” Barrington said. “If government-backed loans helped pay for the degrees that led to someone’s high paying career, does that person now deserve to have the taxpayer absorb the cost of those degrees?”

Clearly, there are a lot of what-ifs when it comes to forgiving student loans. At face value, student loan forgiveness might seem like a no-brainer, but it could end up costing us in other ways — or, at the very least, it might not help as much as some think.

But one thing is clear: Something needs to be done about the exorbitant cost of earning a degree and the resulting student loan debt crisis. That will hopefully include some debt cancellation shortly. But the higher education system and the student loan industry are also due for some much-needed reform.