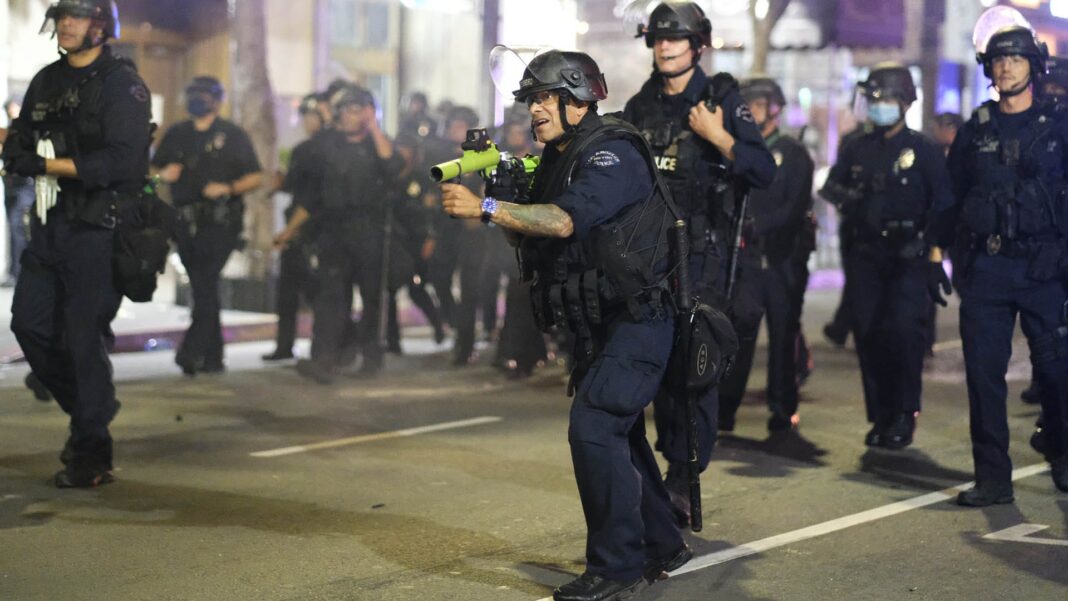 Most Americans believe that change must be made to law enforcement across the nation and that reforms are needed to reduce police brutality against Black Americans, a poll released Monday found.

Among the ideas embraced by many of those polled June 18-22 by Ipsos on behalf of Public Agenda and USA TODAY:

• Force officers to reapply for their jobs to help weed out bad cops.

• Limit the scope of policing to focus on serious and violent crimes.

Those reforms are in addition to widespread and bipartisan support for more training on de-escalation tactics and racial biases, as well as numerous reforms aimed at increasing transparency.

The poll surveyed 1,113 U.S. adults as a part of the Hidden Common Ground initiative, which focuses on agreement and disagreement on solutions to tough public problems. The online poll has a credibility interval, akin to a margin of error, of plus or minus 3.3 percentage points for all respondents.

The data comes after weeks of nationwide protests calling for racial equality and an end to police brutality. In respondent Lallage Carouthers’ 83 years, she has never seen such far-reaching attention on the issues.

An African American woman living in Shelby, North Carolina, she can remember the end of segregation – her daughter’s school integrating and a federal mandate that her nursing unit do the same.

But today, Americans’ reckoning with racial inequality is extending to even historical symbols of slavery and racism, especially Confederate statues. It’s unlike anything Carouthers has seen.

Cases of police brutality that have attracted national attention and protesting don’t happen in isolation – “It’s a problem with the whole system,” she said. Someone had to hire the officers, after all.

About three in four people surveyed say racial bias against Black Americans is a serious problem in the U.S. Slightly fewer say it’s a problem in their community.

Asked whether racism is a problem with individuals or society, respondents were more likely to say both. More than half said major changes or a total redesign were needed.

Few believe things should stay the way they are: Only 7% want to leave policing and law enforcement the way it is.

“Some officers will profile Black people. … I know I can get away with more things as a white person than a Black person could,” Yismo Rosenberg of Houston told USA TODAY. He believes poor training among officers is probably to blame.

Even more popular: transparency reforms. Nine in 10 respondents supported having officers wear body cameras, 8 in 10 supported requiring police departments to publicly report all incidents involving the use of force within 72 hours, and nearly as many supported creating a national public database of officers who have used excessive force – and prohibiting other jurisdictions from rehiring them.

More extreme forms of police reform have varying levels of support, often with partisan divides. But the poll found two major reforms were supported by more than half of poll-takers: focusing policing on serious or violent crimes and requiring all police officers to reapply for their jobs, hiring back and retraining only the most qualified.

The poll identified several specific examples of responsibilities that more than half of respondents thought could be done by other professionals rather than police: sending social workers and EMTs to respond to mental health, substance use and domestic violence issues, assigning social workers and counselors to monitor school safety, and using cameras, drones and other technologies to enforce traffic laws. Democrats were more likely to support these reductions to officers’ responsibilities.

But some are skeptical those reforms would work. Rosenberg, a Republican who has a military background, believed sending social workers to situations that could involve weapons, such as domestic violence disputes, would lead to widespread deaths and injuries.

And while rehiring officers could help, Ed Harrell, 42, of Jacksonville, Florida, was skeptical that the process would be able to identify bad officers: “They’re going to do what it takes to get the job.”

The poll also documented support for police was common, with nearly three-quarters of respondents saying disrespect of police officers was a serious problem and about half saying police budgets should stay the same or increase.

Reducing funding to police departments, a rallying cry for many protesters, received support from about one-third of respondents.

Divisions along party lines were fairly common in the poll, especially in how widespread the problem is and how many changes are needed. For example, Democrats were about three times more likely to want major changes or a complete redesign of policing than Republicans.

One core disagreement that can be seen in political and racial divides: the nature and prevalence of racism in policing.

White Americans tend to think the “vast majority” of police officers treat everyone fairly, while fewer than 1 in 10 Black respondents thought so.

Similarly, nearly 70% of Black Americans felt police using excessive force against Black Americans is a widespread problem, but only about 25% of white respondents thought so.

Charlene Wise, a 50-year-old Black woman from Baltimore, says she has never personally been a victim of police brutality, but she has seen “a lot of racism” over the years.

Finding a solution to the problem seems overwhelming to her: “I don’t even know where to start,” she said. The whole system might not be broken, but police departments need better hiring practices and less focus on petty crimes, she says. 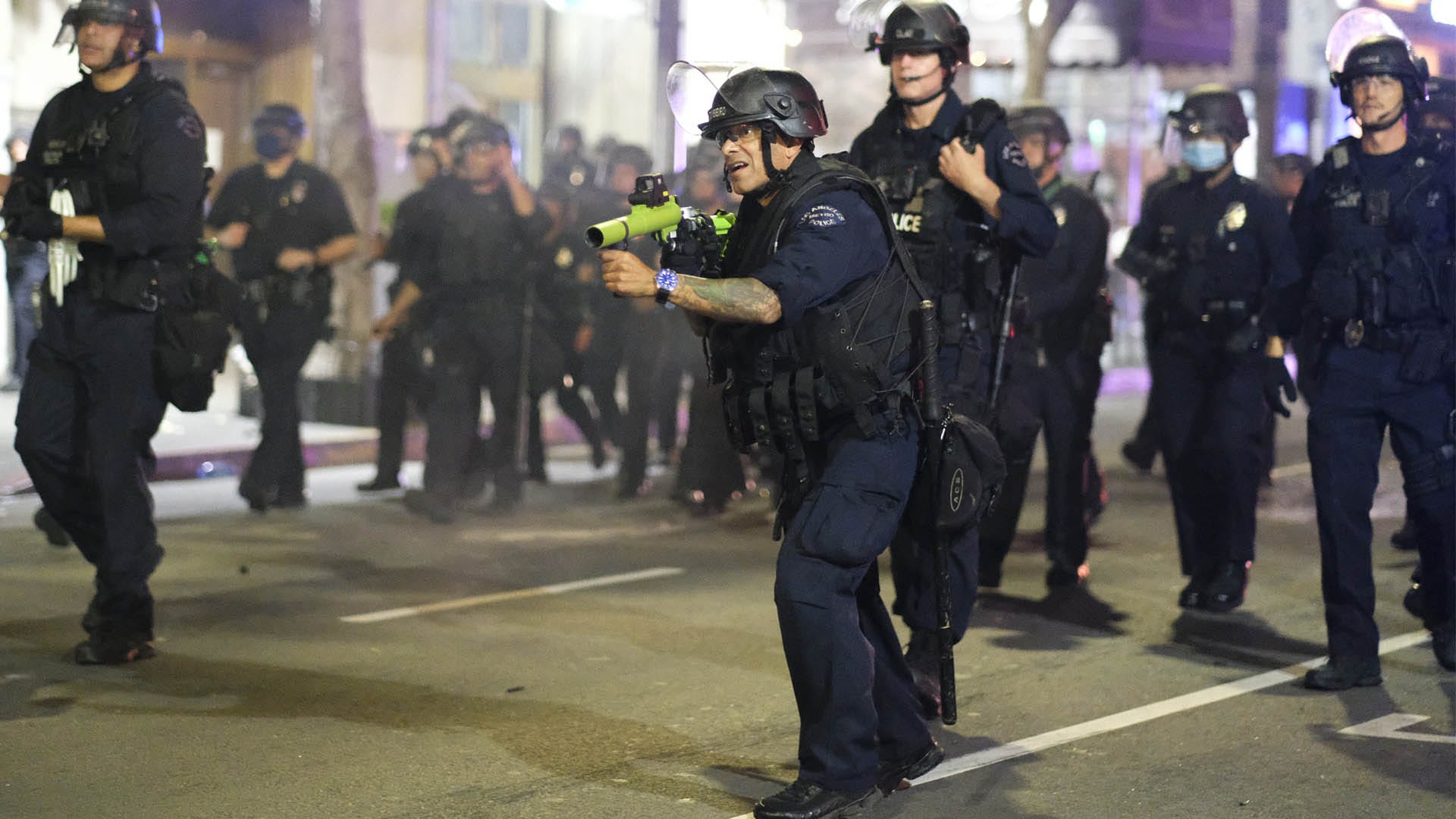