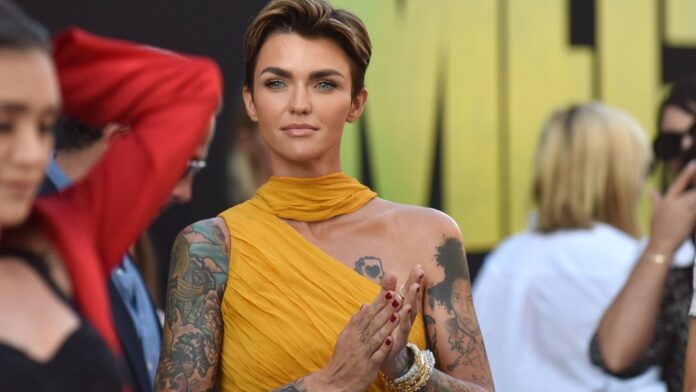 With so many tattoos to choose from, Ruby Rose has a hard time narrowing down her favorite. She did, however, tell Marie Claire Malaysia that she has a fond and fun story about her “mum” tattoo on her hand. “Well, I remember when I got this tattoo, thinking ‘yay, my mum is going to be so happy, I’m finally getting a mummy tattoo!’ But the only thing she said was “that’s it? That’s the smallest tattoo on your whole body!’ But for me, the meaning was deep,” she explained.

She continued to say that it was special to her because it was always visible at work. “It was because I used to host a lot of TV shows in Australia, and that was my microphone hand. So naturally, you could always see ‘mum’ every time I’m on TV. If I put ‘mum’ in massive letters across my back, then no one’s going to see it,” she explained.

In addition to her “mum” ink, the Rose has a few others that rank high on her list of favorites. “Then I have my dog on my hand, and I have the Ninja Turtles — or one of them, Leonardo — because that was such a big part of my childhood and I always felt like we were kindred spirits,” she said. “So, these tattoos were there to either remind me of certain things or to help me let go of things, and just live in the moment.”

In fact, her Leonardo tattoo is a big conversation-starter for the star, who also opened up to ELLE about it in the past. “Growing up, I had a very vivid imagination and Leonardo was like my best imaginary friend that I spoke to. When things were tough, or I was scared in an unsafe environment, I always imagined that the Ninja Turtles would come to the rescue,” she revealed.