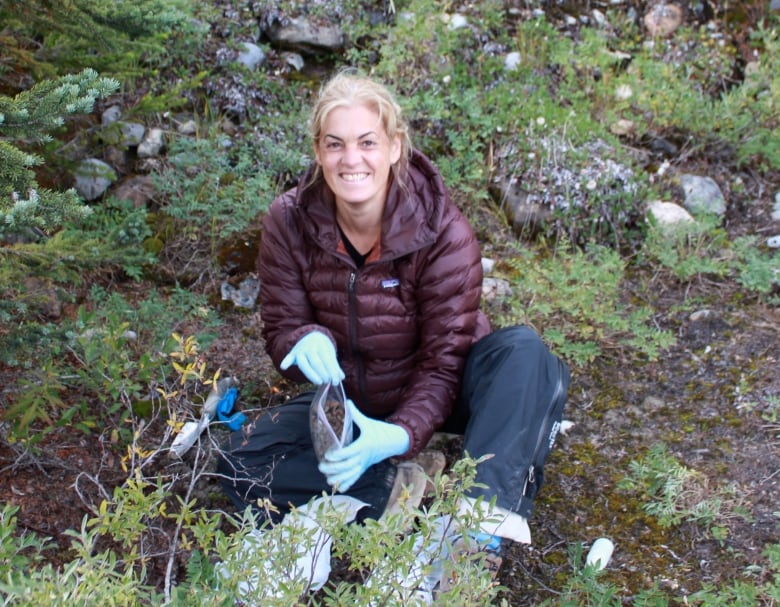 The power of earthworm poop and how it could influence climate change, There is a confounding mystery wrapped up in the tiny turds of two different types of earthworms, and the secrets locked inside are influencing climate change around the world.

Scientists say some earthworm species are potentially speeding up climate change by feeding on leaves, then pooping out a mix that’s fodder to tiny microbes and fungi that spew carbon into the atmosphere. By contrast, other worms are helping lock carbon in soil.

Canada is ground zero for this paradox. Earthworm populations are growing as warmer temperatures allow the invertebrates to move farther north than ever before.

And no one knows exactly how much carbon they are helping release into the atmosphere.

“Some of the early work has shown that they could have as much of an impact as, let’s say, wildfire,” said Sylvie Quideau, a professor of soil biogeochemistry at the University of Alberta.

It’s possible, she said, worms in Canada could release millions of tonnes of carbon into the atmosphere in a year, but that estimate is still subject to a lot of uncertainties, including the rate of earthworm invasion across the country.

The most common earthworms that live in leaf litter, on forest floors or in the top layers of soil are called Dendrobaena octaedra. They eat plant debris, and their poop, also known as casts, is more easily broken down by microbes and fungi that then release carbon dioxide.

The more earthworms there are, the more plant debris is broken down at a faster rate and the more carbon gets released into the atmosphere.

This kind of carbon being released from Canada’s boreal forests is new, according to Quideau, since earthworms are not native to the country. They were wiped out during the last ice age.

The earthworms here now, save for some found in British Columbia, are invasive species transported into forests when Europeans arrived or brought them in from the United States as fishing bait.

“Earthworms can both be allies and enemies,” said Joann Whalen, a professor in the department of natural resource sciences at Montreal’s McGill University who has studied earthworms for 20 years.

In the boreal forest, worms can do more harm than good.

Some eat the leaf litter covering the forest floor, and many plant seeds need that thick covering to grow in. Without it, the seeds can’t take root, said Whalen, which means earthworms can reduce plant diversity in the forest.

But earthworms aren’t all bad. There are some burrowing species that actually trap carbon in the soil, because their poop binds it more tightly and makes it harder for microbes to break down.

Often sold as fishing bait, Lumbricus terrestris is a common deep-burrowing earthworm found in Canada. It can be identified by the small mounds of earth it leaves on lawns or in forests.

How much carbon is being trapped by these worms and whether it’s enough to offset the carbon other worms are helping release isn’t clear. Finding the answer to that question is part of Quideau’s research.

“What keeps me up at night is wondering if I can quantify their effect on climate change,” she said.

Whalen isn’t losing any sleep over worms. She said the carbon dioxide coming from decomposing plant material is a natural process, and worms help it.

“I’d be more concerned about what people are doing in terms of utilizing fossil carbon that had been buried for millennia and is now being released into the atmosphere.”

Erin Cameron, an assistant professor in the department of environmental science at Saint Mary’s University in Halifax, has been monitoring the invasion’s progress since 2006.

In northern Alberta, she’s been studying how fast earthworms are spreading, and has discovered they are moving north at a rate of 17 metres a year. The earthworm population appears to have grown as well.

The most abundant kind of earthworm she finds live in leaf litter or in the top layers of soil, the ones that help release carbon into the air.

“Earthworms may benefit from warmer temperatures in Canada’s North, for example, because that may currently be restricting the distributions of some species,” said Cameron.

So as climate change continues to warm the country, earthworms could continue to become more abundant and possibly drive more climate change.

Quideau doesn’t think there’s anything that can be done to stop the worm march through Canada.

“What’s important is that we can understand, quantify their effect better so that we can project better in the future what their influence will be. There might be ways then to manage a forest.”

She and other researchers hope to do that just that in the next few years. They want to crack the secret of earthworm poop, and determine how much carbon earthworms release and store in the earth.

When exercise was taking over my life, this is how I forged a new perspective