After going hungry, Montreal student on mission to reduce waste, feed those in need 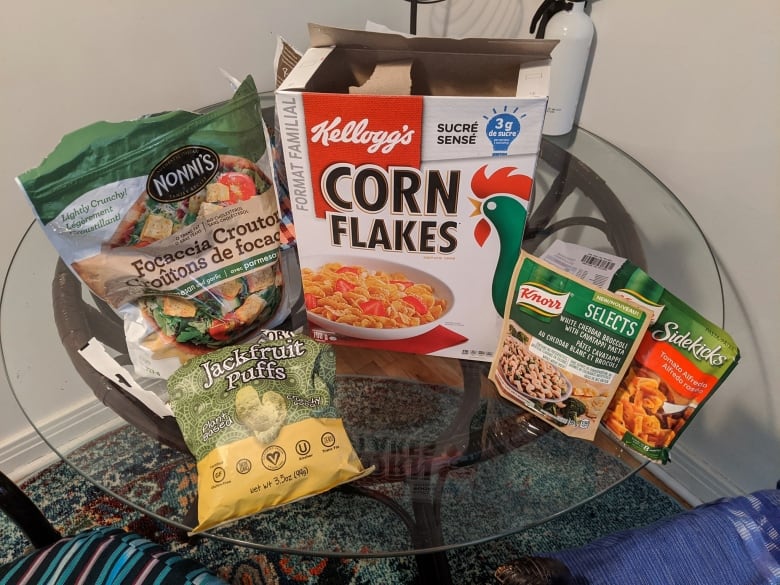 After going hungry, Montreal student on mission to reduce waste, feed those in need Megan Clarke knows all too well what it’s like to go hungry.

She found herself on her own as a teenager, struggling to get by on minimum wage — working poor, but employed enough that she was denied food bank services in the Montreal area.

Years later, Clarke is studying human relations and sustainability at Montreal’s Concordia University while striving to reduce food waste by feeding those in need with leftovers from school events and on-campus food services — diverting food from landfills into grumbling bellies.

And she launched a growing online movement in the city aimed at encouraging neighbors to share their leftovers. https://wowplus.net/must-i-marry-a-big-brother-housemate-nina-reacts-to-khafi-and-gedonis-engagement/

On the one hand, she wants to protect the environment. On the other, she doesn’t want anyone to go through what she once did — underweight and malnourished, frustrated by all the food waste going to landfills while she lived off crackers and peanut butter.

A study released earlier this year found 58 per cent of all food produced in Canada — 35.5 million tonnes — is lost or wasted, and about a third of that wasted food could be “rescued” and sent to communities in need.

In her own case, Clarke was able to climb out of poverty, taking on four jobs to save up enough for school. But, she said, not everybody is able to do that and “I thought it was best to finally give back.”

Inspired by a friend who had fallen on hard times, she reached out to her school’s administration and soon got to work expanding an initiative that was still in its infancy.

The goal is to “eliminate food waste by having it redistributed either to the student body or the community at large,” said Clarke who, now 29, grew up in Salaberry-de-Valleyfield, Que., just west of Montreal.

It’s food. I just feel my heart break if I need to throw this away.– Megan Clarke

Leftover sandwiches, soups or appetizers from any catered event at the school can now easily be donated and, chances are, Clarke will even show up to help pack it up.

Someday soon, that food may also end up in a communal fridge on campus that she’s helping to establish so students will be able to access the food as needed, she said.

Faisal Shennieb, an environmental specialist at Concordia, has welcomed Clarke’s help in promoting a program that is now called Food Cycle.

While large-scale events were already doing it through the Hospitality Department, Clarke has ensured everybody, from student groups to academic departments, is aware of the program, Shennieb said.

The school works with La Tablée des Chefs, an organization that collects leftovers and business overstock for those in need.

The organization provides takeaway boxes, Shennieb explained. Those boxes are labelled with a date so consumers know what they’re getting, and are then picked up at a planned time for fast distribution to local charities.

“As long as we follow the basic rules of food safety, we’re good to go,” Shennieb said.

Since Clarke got involved this fall, Shennieb said about 150 kilograms of food has been donated to Montreal-based organizations such as the Old Brewery Mission and the Salvation Army Booth Centre. The food has ranged from pizza to barbecue.

Shennieb has been working to ensure there are always boxes on hand while developing new ways to make it even easier to share leftovers. Clarke was given access to the school’s storage, printing and social media to promote the effort.

She’s even been co-ordinating food pickups, he said, and now there is an effort building to get on-campus food services, such as companies like A&W and Tim Hortons, on board.

“I think she’s really raised the profile of awareness of this opportunity,” Shennieb said.

“I think everybody more or less is on board to connecting leftover food to people in need. It’s kind of a no-brainer project.”

From the campus to the neighbourhood

As the zero-waste discussion grew in the school community, Clarke said the idea of expanding into surrounding neighbourhoods developed and she soon launched Food Sharing — The Potluck Project.

Be it a restaurant that has overproduced or a cereal box from a resident’s cupboard, participants are encouraged to post images of the unexpired food to the project’s Facebook group.

Initiated in mid-November, nearly 300 people have joined the group in a month and members have been busy sharing food on a first-come, first-serve basis.

A west-end business, Café 92° on Sherbrooke Street in Notre-Dame-de-Grâce, has even posted to the page, offering up fresh, free food that otherwise would have gone bad.

Claudia Vega, who has co-owned the cafe for more than a decade, joined the Facebook group with interest as she saw it as a way to continue he mission of reducing waste as much as possible.

Coming from Mexico, she said making sure food doesn’t go to waste is a priority for her. She will cut tomatoes down to the stem, using every bit in her salsas.

“It’s food. I just feel my heart break if I need to throw this away,” she said, holding a fresh soup container similar to the ones she has posted to the group for people to have for free.

“I come from a culture and country where you eat everything, and you are very happy that you have food on your plate.”

Clarke said she hopes more businesses, people and neighbourhoods will follow suit, joining the initiative or starting others in neighbourhoods around the city.

“I’m hoping Provigo, Metro, IGA, those big grocery stores that throw out a ton of food every night, will get on board as well,” she said, citing the need for more small businesses and individuals to participate as well.

“I’m hoping we can get a lot more on board with the new year coming.”