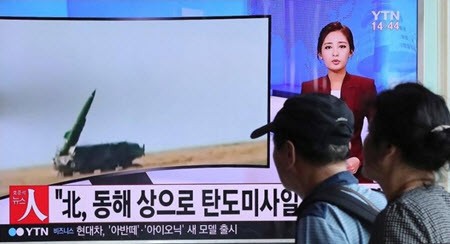 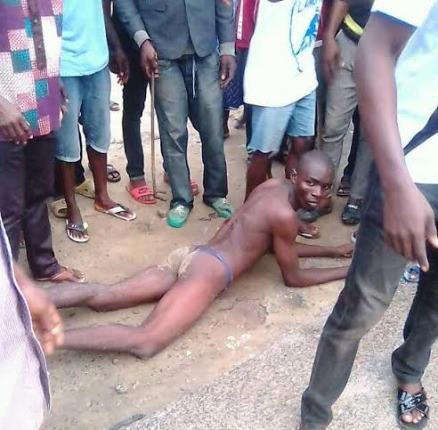 A suspected thief, who allegedly tried to steal a Keyboard from a church in Bayelsa was stripped down to his underwear by residents of the community and paraded. The man was made to carry the Keyboard on his head and walk around the town of Agudama Epie in Bayelsa in his naked state while a mob surrounded him.

Ayas Michael who shared photos of the man on Facebook commended the president of the community and the entire youth for parading the suspected criminal. He said the members of the community can now sleep without fear.
Politician Ebenmosi disclosed that anyone caught stealing in the community will be stripped and paraded naked after which they will be flogged 39 strokes publicly. He also said the criminal will be made to pay a fine of N10,000 before being handed over the police. 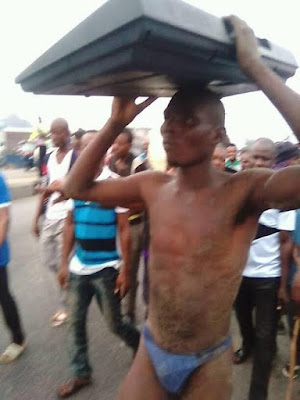 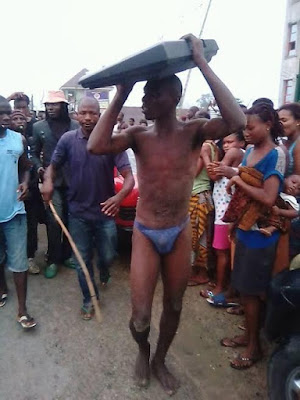 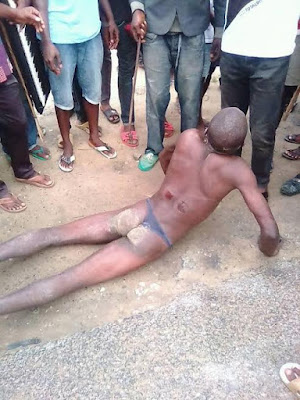