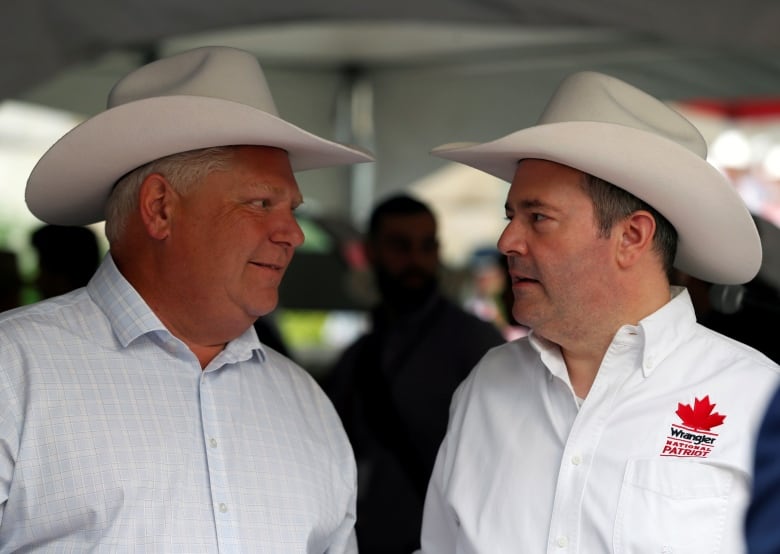 The Supreme Court of Canada will release its decision today on whether the federal Liberal government’s carbon pricing regime is constitutional — a ruling that could derail Ottawa’s efforts to curb greenhouse gas emissions through a carbon tax-and-rebate scheme.

To reduce emissions and help Canada meet its Paris climate accord commitments, the federal government passed legislation in 2018 that demands all provinces levy some sort of “price on pollution.”

As part of that Greenhouse Gas Pollution Pricing Act, Ottawa established national pricing standards designed to curb the use of fossil fuels. The tax, which is just $40 a tonne this year, is set to rise dramatically in the decade to come as the federal government pursues an ambitious, green-friendly economic transition.

While encouraging provinces to craft their own plans, Ottawa said it would slap a carbon tax on fuels in provinces and territories that failed to establish adequate emissions pricing regimes.

Conservative-minded premiers in Alberta, Ontario and Saskatchewan balked at the idea and refused to impose an additional tax on petroleum, natural gas and propane, warning that those added costs would damage the economy and burden taxpayers.

“But folks at home, you tell me, is your health and well-being of your loved ones and yourself and your job and the economy more important than $15 billion on some green scam or whatever the heck it is?”

At issue in this Supreme Court reference case is whether the federal government has the constitutional authority to insist on this sort of nationwide carbon pricing — both the tax on fuels used by consumers and the levy on large industrial emitters.

Before their respective provincial appeal courts, attorneys general in Alberta, Ontario and Saskatchewan have all argued that, under the Constitution, natural resources are the exclusive jurisdiction of the provinces and Ottawa overstepped its authority by regulating their use through a punitive tax.

The federal government, meanwhile, has said that climate change is a truly pressing matter of national concern and it’s constitutionally permissible for Ottawa to take the lead on an issue that crosses provincial boundaries.

Ottawa has been relying in court on the so-called “peace, order and good government” clause in the Constitution — POGG for short. The clause essentially gives the federal government authority to enact laws to deal with issues that concern the entire country.

The Ontario and Saskatchewan courts of appeal ultimately sided with Ottawa, while the judges on Alberta’s top court found the law unconstitutional because they said it intrudes into provincial jurisdiction.

A majority of the Alberta appeals court judges said the act could become a “constitutional Trojan horse,” allowing Ottawa to adopt more powers than the Constitution’s authors intended. The Supreme Court of Canada will now have the final say.

Ottawa has tried to justify constitutionally questionable laws by citing the POGG clause in the past. It has succeeded in few of those cases because the Supreme Court is generally deferential to the division of powers set out in sections 91 and 92 of the Constitution Act, 1867.

Despite past experience, Andrew Bernstein, a litigator at Toronto law firm Torys and an expert on public law, said he expects the Supreme Court will side with the federal government on this issue.

‘My money’s definitely on [Ottawa]’

“I don’t think it’s an open-and-shut case. I just think the odds are on the side of the federal government. My money’s definitely on them,” Bernstein told CBC News.

Bernstein said that because provinces can’t independently control the impact of greenhouse gas emissions on their neighbours — emissions generated in Nova Scotia will affect P.E.I. as well, for example — the federal government can justify taking a leadership role.

“It would be awfully surprising if the Supreme Court didn’t uphold the legislation. It would have serious implications for future cases when pollution and the environment come up,” he said.

“Just the same way as the federal government regulates national transportation, aeronautics and rivers, what all these things have in common is that they cross provincial borders. The extent to which this, carbon emissions, crosses provincial borders, it makes me believe it’s going to be upheld.”

Merran Smith is the executive director of Clean Energy Canada, a leading think tank focused on climate solutions. She said putting a price on carbon is about much more than just natural resources.

‘An existential threat to us all’

She said emissions are produced economy-wide and Canada needs to act collectively to control them.

“Climate change is really an existential threat to us all, to our society, to our economy, to the planet. The federal government needs to be playing a leadership role. There’s not really an option to ignore that at this point,” Smith said.

“If we’re going to tackle climate change, we need policies that are the backbone — that do the heavy lifting. That’s exactly what this is. I hope the courts uphold this, primarily because carbon pricing is really the most cost-effective way to reduce carbon pollution.”

Smith said that, even if the court finds aspects of the existing law are unconstitutional, it won’t be a disaster for supporters of climate action.

She said the court likely would give the government leeway to make adjustments to the plan to bring it more in line with jurisdictional considerations.

“We just need to remember what this decision is all about — how much power the federal government has over the provinces in this new area. It’s important that we don’t conflate the two, constitutionality and climate action,” she said.

“A negative decision doesn’t necessarily mean that the pricing system will immediately change, and a loss may not be a comprehensive loss.”