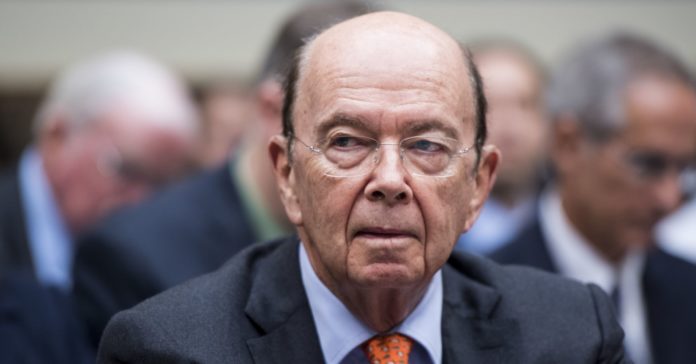 The Supreme Court on Friday said it would hear a case concerning whether Commerce Secretary Wilbur Ross can be questioned about his reasons for adding a citizenship question to the 2020 Census.

The case will be one of the most closely watched of the term. Eighteen states and more than a dozen cities have sued the administration over the question, alleging that it will lead immigrant populations to be systematically undercounted.

The justices said earlier this month that a trial in New York testing the legality of the question could move forward, but they temporarily blocked Ross’s deposition in the matter.

The census is generally politically contentious. It is used to determine the number of congressional seats each state has in the House of Representatives, and is only conducted once every 10 years, meaning the political ramifications of the 2020 census will be felt through 2030. Keeping the question on the census could disadvantage Democrats, who tend to live in cities, where immigration populations are higher.

The census was an issue in this month’s midterm races. The state legislative races on the ballot determine which party redraws congressional district lines after the census is completed. That enables the victorious party to draw favorable districts and has proven influential in determining the makeup of Congress.

Opponents of adding the citizenship question have alleged that it was inserted to intentionally undercount certain populations for political purposes. They cite research produced by the Census Bureau, which has found that including the question would lead to a “higher fieldwork costs and a lower-quality population count.”

They have also pointed to a shifting timeline in how Ross has said he came to his decision to include the question. At first, Ross said that his decision was based on a recommendation from the Department of Justice. But documents have surfaced as a result of ongoing litigation showing Ross asked staff members to solicit the recommendation.

The documents also contradict testimony Ross provided to lawmakers in March saying he was “not aware” of speaking to the president or anyone else in the White House about the matter.

In a document filed by the DOJ in a related case in New York, the government said that in the spring of 2017, Ross discussed the addition of a citizenship question with Steve Bannon, President Donald Trump’s former chief strategist, as well as Jeff Sessions, who was attorney general until last week.

The Commerce Department has said that the document supplements but does not contradict Ross’s testimony.

The controversy is likely to be probed by House Democrats, who will take control of Congress’s lower chamber early next year. Rep. Elijah Cummings, the top Democrat on the House Oversight Committee, has said it is one of his chief investigative priorities.

The government requested that the high court hear argument in the case after a federal appeals court ruled that Ross would have to be deposed. The justices placed a temporary halt on the deposition in October. That halt will remain in place until the court reaches a decision in the case, which is expected by late June.

Oral argument is scheduled for Feb. 19.