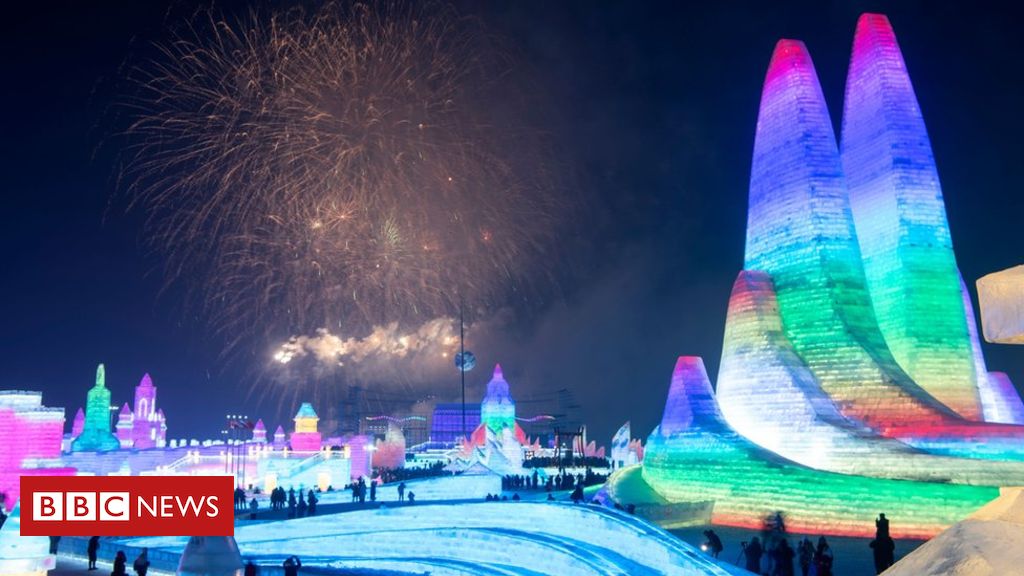 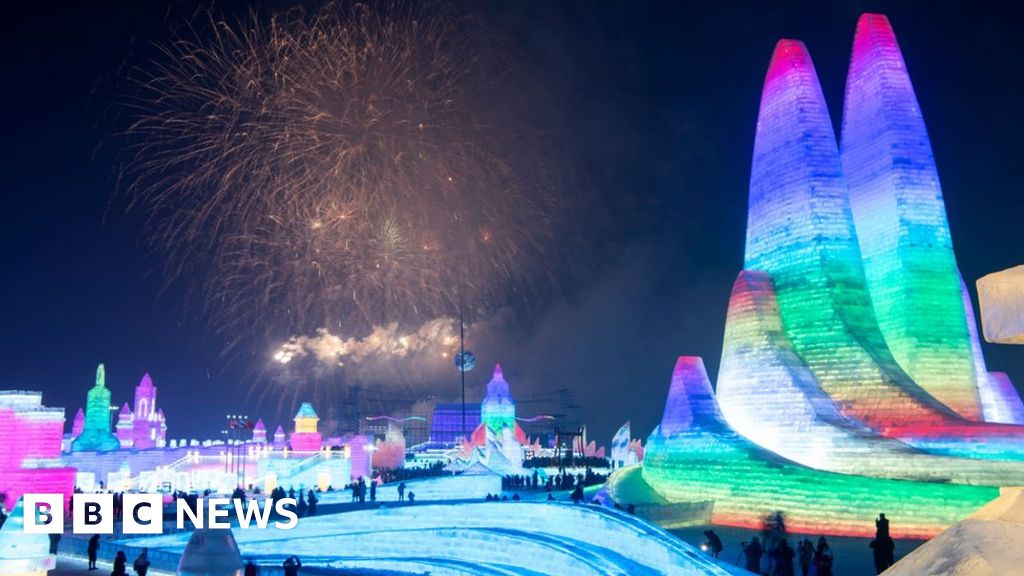 The annual festival, in China’s north-east Heilongjiang province, is one of the biggest ice and snow festivals in the world.

About 220,000 cubic metres of ice and snow were reportedly used to build the ice world.

Visitors were treated to a towering frozen ice palace.

There was even an ice steam train.

The 36th Harbin Ice Festival began in 1963 and was interrupted for a few years because of China’s Cultural Revolution, resuming again in 1985.

There are also swimming competitions in frozen water. Participants seen below are competing in the Songhua River.

A highlight of the festival was a snow-themed group wedding ceremony. About 40 couples were reported to have got married this year.