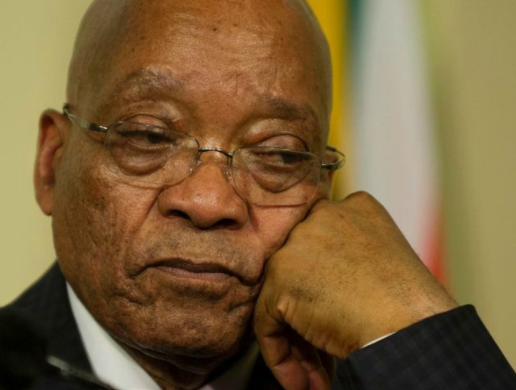 It agreed with a lower court ruling last year that prosecutors could bring back 783 counts of corruption relating to a 1999 arms deal. The charges had been set aside eight years ago, enabling Zuma to become president and the president has always maintained his innocence.

In a statement, Zuma’s office said the ruling was “disappointing”, but anticipated. The president now expected South Africa’s National Prosecuting Authority (NPA) to consider representations from his legal team before making a decision about whether to prosecute him.

The charges relate to Zuma’s relationship with a businessman, Shabir Shaik, who was tried and found guilty in 2005 of soliciting bribes from a French arms company “for the benefit of Zuma”.

Zuma and other government officials have been accused of taking kickbacks from the purchase of fighter jets, patrol boats and other arms. Charges were first brought against Zuma in 2005 but dropped by prosecutors in 2009.