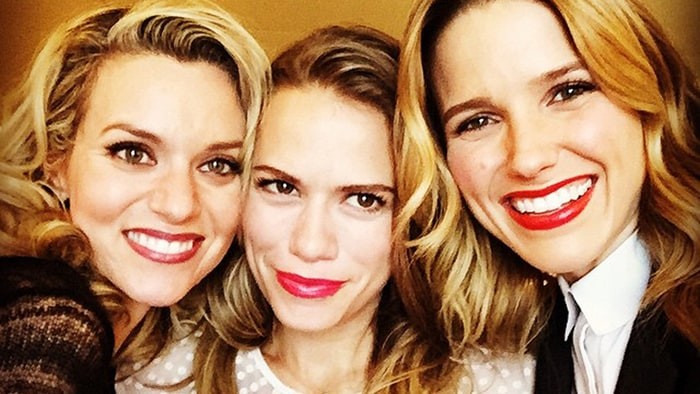 Is a One Tree Hill reunion in the works? We hope so!

Sophia Bush made us hungry for a visit to Tree Hill, N.C., when she posted a slew of adorable throwback photos on Instagram on Saturday celebrating her former co-star Hilarie Burton‘s birthday. In addition to the cute pics of the pals, Bush wrote a lengthy and touching post to her friend, whom she starred alongside from 2003-2012.

The 34-year-old, who played Brooke Davis on the series, wrote, “Happiest Birthday to my sweet @hilarieburton. Sister! We’ve been through a lot. At least 374 hair colors together. Crushes. Heartbreaks. Hangovers. Halloweens. Tears and laughter. Fear and joy. Successes and burn-it-to-the-ground failures. We’ve fought like rams and loved like family.”

The Chicago P.D. star continued to gush about her friend’s strengths in front of the camera and away from it.

“You’re a champion for your community. An incredible mom. You’re the alpaca whisperer. You’re whip smart and razor sharp and deeply tender. There is no one I would have rather been on the world’s most insane roller coaster with,” wrote Bush. “And I’m so glad there’s evidence that we both used to overpluck our eyebrows, undeniably, on the internet forever. At least we’re not alone. I love you mama. #Breyton4eva #BreytonFeels #ShesMine #BetterInRealLife.”

Does that mean there’s a possible One Tree Hill reunion in our future? Most of the cast got together last year at a fan convention and sent our dreams soaring.

Judging from this adorable post, we’re keeping our hopes up…