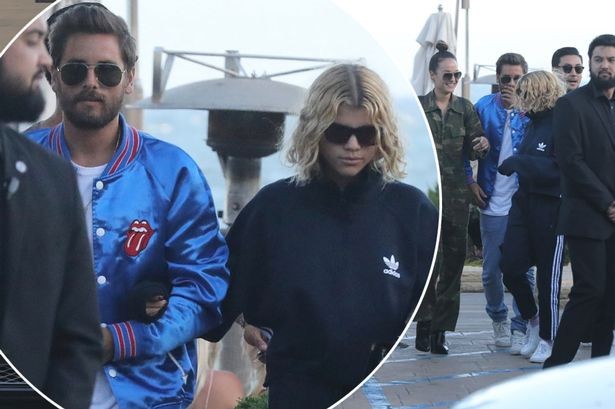 If Scott Disick ever got his own reality show, it could be called Rollin’ With the Homies.

Because he sure seems to like hanging out with Sofia Richie. The two were photographed together Friday at the sushi restaurant Nobu in Malibu, one of his favorite eateries. She also posted a video of the ocean view from the eatery on Snapchat.

He and Sofia, an 18-year-old model, daughter of Lionel Richie and sister of Nicole Richie, were spotted together last month, looking flirty while partying on a yacht in southern France during his whirlwind 34th birthday trip to Cannes. Sofia later said on Twitter she and Scott are “just homies.”

Later on Friday, Sofia tweeted, “The last time I’m gonna say it. Scott and I are just friends. I’m single and focused on friends, family and work. #againrelax.”

Sofia was one of several women Scott was photographed with during his Cannes trip. Scott returned home last week and remained silent as a member of the paparazzi asked him about the women. Sofia got back to the U.S. Thursday. She was photographed at LAX holding an iPhone and FaceTiming Scott.

Actress Bella Thorne and British model Ella Ross were among the women Scott was seen with in Cannes. He and Ross were also seen together in 2015, just before Kourtney broke up with him, and then reunited this past March, when they had lunch at Nobu.

He and Kourtney have also dined there before with their kids, while she and other members of the Kardashian family celebrated his 33rd birthday with him there last year.