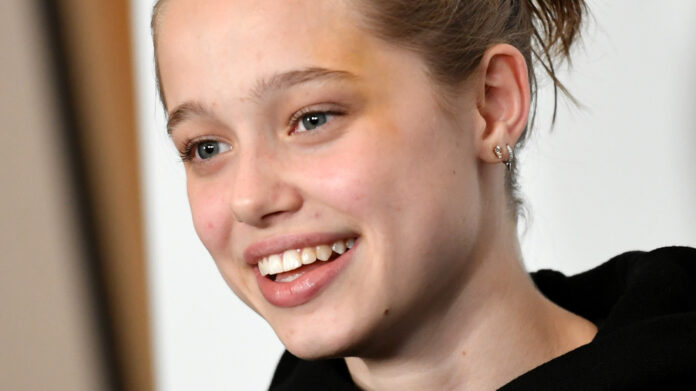 Shiloh Jolie Pitt has just been spotted sporting a brand new haircut as she shopped with her sister, Zahara Jolie-Pitt. Shiloh was recently seen donning a black hoodie and a pair of gray shorts while running errands, but the surprising part is she had a buzz cut, which was much different from her previous haircuts.
Also read: How ‘Mayfair Witches’ Connects

The last time we saw Shiloh on the red carpet, she looked just like her mother, Angelina Jolie, with a dress straight out of her closet and a matching smile to boot. But this time around, it looks like the 16-year-old is more comfortable donning a street-style aesthetic. She is quite the dancer, after all, having been seen dancing her heart out to Doja Cat’s “Vegas” at Millennium Dance Complex in July 2022.

Fans were incredibly supportive of Shiloh’s choice to lose all her hair anyway. “shiloh has a buzz cut now? like mother,” one fan on Twitter pointed out. People on Instagram gushed over it, too. “Shi being authentically Shi,” one penned. “Shiloh back to her tomboy roots,” observed another. Some fans even noted that she looks more like her mother with shorter locks! “Shiloh with long, short or very short hair, it doesn’t matter, she will always be as beautiful as her mother Angelina Jolie!” exclaimed one fan. “I swear she looks literally like Angelina even more now,” said another. Suffice to say, these reactions are quite refreshing, considering how Jolie has had to defend her daughter’s choices in the past.

Also read: What Maria Menounos’ Husband Really Does For A Living