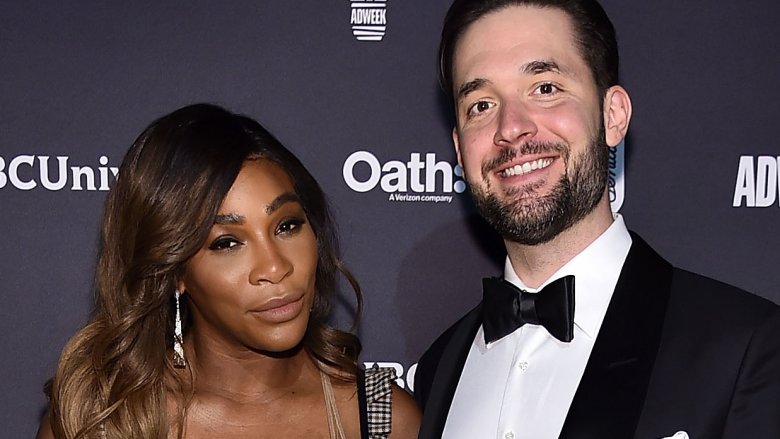 On Friday, Nov. 16, 2018, Ohanian took to Instagram to celebrate the power couple’s one-year wedding anniversary with a sweet post — proving once again that these two are total #RelationshipGoals.

“365 days later. And still dancing. Only now Jr joins in,” he wrote in a heartfelt caption alongside a black-and-white snapshot of the married pair dancing together on their big day. “Happy anniversary, my queen. Here’s to many, many more.”

For her part, Williams commemorated their special anniversary on social media earlier this week. “It’s my anniversary week and I’m going to have fun!” she tweeted on Wednesday, Nov. 14. “It’s almost been a year! I can’t believe it @alexisohanian I [heart] you #anniversaryweek.”

As Nicki Swift previously reported, Williams, 37, and Ohanian, 35, tied the knot after two years of dating at New Orleans’ Contemporary Arts Center in November 2017. Their star-studded ceremony, which was attended by the likes of Beyoncé, Eva Longoria, and Ciara, followed a magical Beauty and the Beast theme. With the pro athlete glowing in an Alexander McQueen gown and Ohanian looking handsome in an Armani suit, the happy couple exchanged personally written vows.

Williams and Ohanian had welcomed their first child, daughter Alexis Olympia (a.k.a. Jr), in September of that year. Meanwhile, the GOAT revealed that she “definitely” wants more kids in March 2018.

In other celeb romance news this week, Jersey Shore star Jenni “JWoww” Farley is apparently trying to work things out with husband Roger Mathews after filing for divorce in September 2018. The couple, who celebrated their third wedding anniversary last month during a romantic dinner date, attended DreamWorks Trolls the Experience with their children, 4-year-old daughter Meilani Alexandra and 2-year-old son Greyson Valor, in New York City on Wednesday, Nov. 14. While speaking with Us Weekly at the event, Mathews revealed, “We’re here as a family today. We’re working on things, yeah, absolutely. We spent eight years together so … I feel like there’s nothing that’s not fixable in our situation.”

Happy Anniversary to Williams and Ohanian!