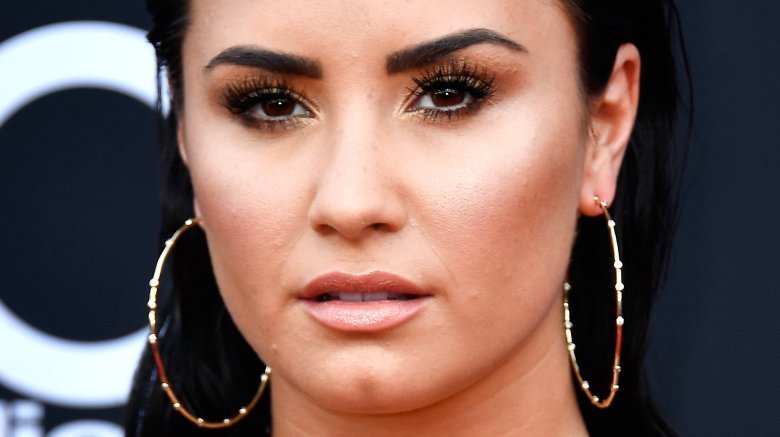 Singer Demi Lovato has something to say.

According to multiple media outlets, the “Skyscraper” hitmaker took to the comments section on an Instagram post this week to speak out against a fan who recently dissed her team after the Disney Channel alum suffered a drug overdose earlier this summer.

“It was completely unfair to fire Dani,” the fan wrote in a text-post. “She’s one of the few who really cares about demi’s health and has been helping her for 3 years, she’s surrounded by people who only care about her money and she doesn’t see it.” As E! News noted, the fan in question may have been referring to Lovato’s longtime backup dancer, Dani Vitale. Meanwhile, the post was captioned with, “The demi team is so rotten and she does not realize it, needs a total change, mainly from dancers pretending to be friends.”

For her part, the “Heart Attack” singer was quick to respond to the fan’s claims against her team. “You have no idea what you’re talking about,” Lovato wrote in the comments section, adding, “True friends don’t do interviews about you when you OD” (via Us Weekly).

As Nicki Swift previously reported, Lovato, 26, was rushed to Cedars-Sinai Medical Center following her overdose in late July 2018. The “Tell Me You Love Me” singer, who has long been open about her history of drug and alcohol abuse, was recently spotted out and about in Los Angeles after completing a three-month rehab program.

Just prior to entering the undisclosed treatment facility, Lovato addressed her longtime battle with addiction and journey toward sobriety on social media. “I have always been transparent about my journey with addiction. What I’ve learned is that this illness is not something that disappears or fades with time,” she wrote in part to her fans. “It is something I must continue to overcome and have not done yet … I will keep fighting.”

In related news, Entertainment Tonight reports that Lovato apparently unfollowed rapper Iggy Azalea’s Instagram account recently. The “Fancy” hitmaker previously made headlines when she opened up about Lovato’s relapse just weeks before her overdose. At the time, Azalea told the media outlet, “I had known about it, as a close friend. So I had really wanted for her to be the one to tell people that. And I worried a lot, as her friend, that something was going to leak or somebody would somehow take that and use it negatively against her, or to make her seem like she’s got a secret.”