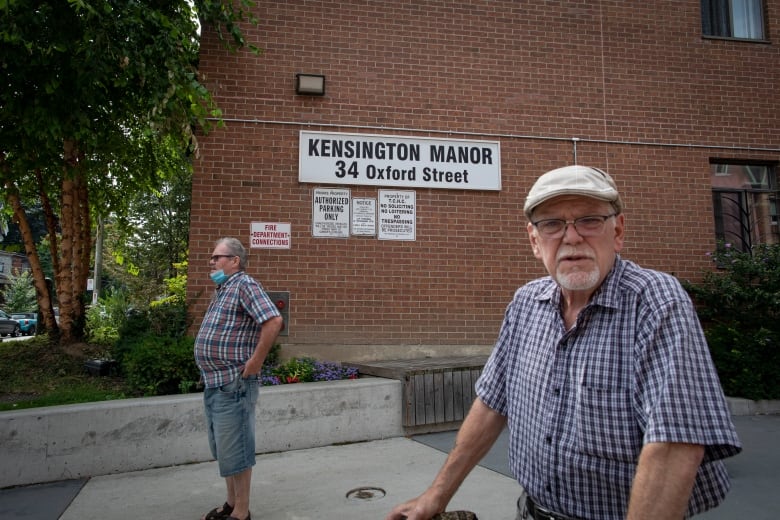 A cockroach infestation at a Toronto Community Housing building has left more than 100 seniors without mail for nearly a month, cutting some off from their pension cheques, bills and doctors’ letters without notice.

None of the residents were officially informed of the change, or notified about how they could get their mail in the meantime, they said.

Youngs relies on Canada Post for letters about upcoming appointments with medical specialists, but said he only noticed the service disruption when he suddenly stopped getting his usual flyers.

“There was absolutely no sign, nothing that the mail had stopped,” said Youngs, himself a retired superintendent who looked after Toronto Community Housing buildings until 2008.

It wasn’t until Quirk intercepted the building’s regular mail person on the street that he learned what was going on.

“The cockroaches are going into the mail slots and running all over the floor, all in her mail and she won’t come here,” Quirk said.

“I guess you can’t blame her,” added Youngs.

Quirk found out that to get his mail, including a TV remote he had sent away for, a credit card bill and insurance cheque, he’d have to go to Canada Post’s Commissioners Street office, south of Lake Shore Boulevard. That’s a $40 cab ride, or three-hour round trip on the TTC, he said.

“There’s people that can’t even get to the sidewalk here on account of their age, let alone go down to Commissioners Street to pick up their mail,” said Quirk.

On Wednesday, after CBC News began making inquiries, a mail person delivered the backlog of dozens of letters to the building. Canada Post spokesperson Nicole Lecompte said mail delivery has not been suspended to Kensington Manor, but there is a safety concern.

“As a result, our delivery agent is attempting to deliver mail every day and does so when it’s safe,” she said in an email Thursday.

Regular delivery is expected to resume on Monday, Lecompte said.

Toronto Community Housing spokesperson Daniele Gauvin told CBC News that the cockroaches in the mail rooms, which only Canada Post has keys for, will be exterminated soon. The other common areas were treated in July.

“We will continue to work with Canada Post to ensure there are no further disruptions to this important service to our tenants,” she said.

But the infestation never should have gotten so bad in the first place, said Quirk.

“They have all the resources here at their fingertips,” he said. “They can call an exterminator within two minutes.”

The pests have thrived in a first-floor unit where there’s been a hoarding situation since at least 2012, when Youngs said he moved into the building. And other tenants struggle with similar challenges, especially after being isolated throughout the pandemic with no one checking on them.

The TCH spokesperson did not respond to a specific question from CBC News about the tenants’ allegations of hoarding.

“Some [tenants] are really in dire straits here and really need a lot of support to get their units to back up and being in safe living conditions,” Youngs said.

“Some [units] are just absolutely terrible.”