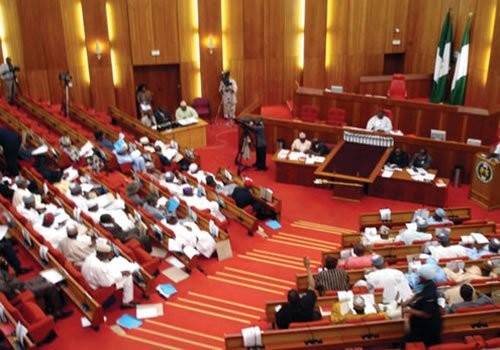 The Senate on Thursday has scrapped the Federal Road Maintenance Agency and replaced it with Federal Roads Authority.

The bill, sponsored by Senator Kabiru Gaya (Kano-APC), was read for the third time at plenary before it was passed through a unanimous vote by the senators.

The Senate, however, rejected the report on National Road Funds, stepping it down for further legislative action.

The proposed Road Funds Bill has generated controversy over alleged plans to introduce additional N5 fuel levy as one of the major sources of financing the fund.

Speaking in favour of the bill, Gaya explained that it would “provide a predictable funding for roads in Nigeria.”

He said that it would create environment for effective participation of public-private-partnership.

The lawmaker said the idea of road funds was not new, citing examples from countries like Tanzania, Kenya, Ghana, Malawi, Togo and United States where funds were generated from fuel levy.

According to him, Nigeria can generate N94 billion annually from fuel levy to help fund roads in the country.

He said that the levy would be paid directly into the account of the National Road Funds, adding that Nigeria Customs Service would be responsible for the remittance.

In his contribution, Sen. Kabiru Marafa (Zamfara-APC) said that it was not entirely correct that the proposed N5 fuel levy was captured in the industry’s template.

Marafa said that the plan to introduce N5 fuel levy would further put pressure on an already stressed petroleum downstream sector and cause hardship for the people.

He advised the Committee on Works to explore other areas such as toll fee or any other road taxes, cautioning strongly against fuel levy in whatever guise.

In his remarks, Deputy President of the Senate, Ike Ekweremadu, who presided at plenary, said that the Senate had no plan to increase pump price of petroleum products.

The report was subsequently stepped down to enable other relevant committees go through the content of the Bill.