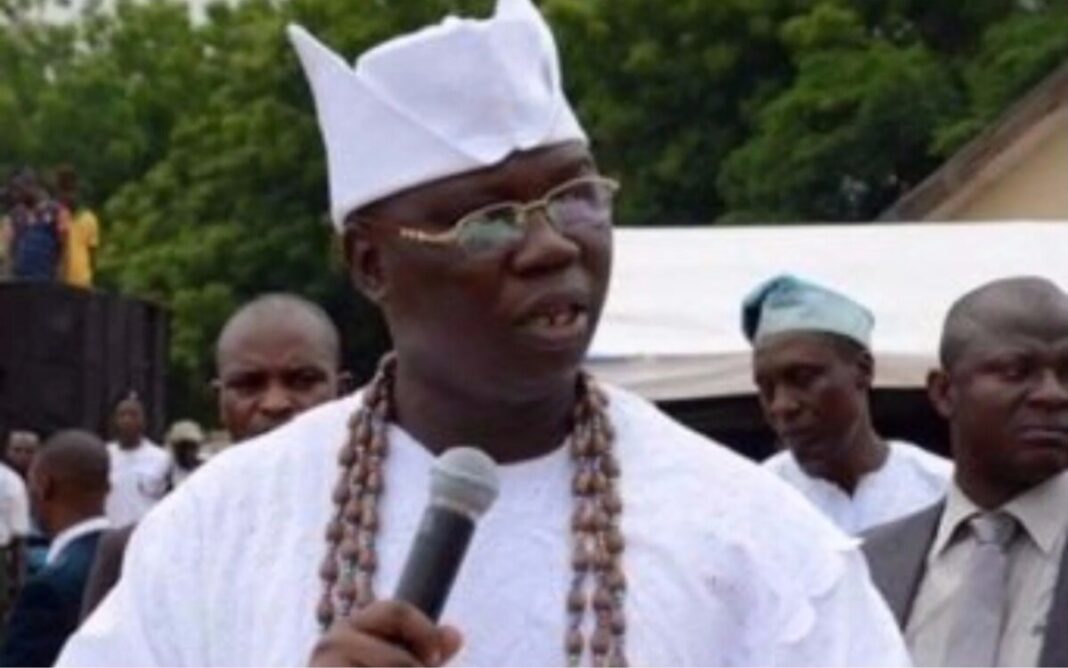 Aare Ona Kakanfo of Yorubaland, Iba Gani Adams, and the Commissioner of Police in Lagos, Zubairu Muazu, met over the security of state at the weekend.

Adams, during a courtesy call to the CP’s office in Ikeja, disclosed that efforts were on to work out effective modalities against criminals, expressed satisfaction over the partnership between the Police and the Oodua Peoples Congress (OPC).

He briefed Muazu on the outcome of the meeting between the Inspector-General of Police, Muhammadu Adamu and Southwest governors, which include the convocation of the Southwest Security Stakeholders’ Group (SSSG), comprising relevant security groups across the region.

Adams said: “So far, we have made significant progress since the IGP had expressed the readiness of the police to work with the OPC under my leadership. The OPC and the Nigeria Police are partners in progress.

“We have started work in earnest and everybody can attest to the fact that our efforts are beginning to yield positive results, especially, now that it is obvious that the rate of insecurity in the Southwest has reduced tremendously in the past few weeks.

“We have set the pace and the signs are there for everybody to see that we are ready to secure the southwest and make the region safe for Nigerians.”

Speaking, the ComPol expressed his zero tolerance for crime in Lagos.

He assured that the IGP was on top of the security situation Nigeria, adding that the foundation laid down by his predecessors in the state has helped the command create a synergy between the Police and the people.

“In recent time, the spate of insecurity has taken the centre stage across the country. However, I want to assure you that we are committed to providing the best security to Lagosians.

“We are committed to make the state safe for residents, and in doing our job, we are ready to partner with individuals or groups that can help the police to curb the spate of insecurity in Lagos and Nigeria as a whole.

“We all know that information dissemination is key at all times and the Police is in the best position to dissect the information gathered. Aare Gani Adams’ visit is timely and it is a positive sign that things are taking good shape in the country”, Muazu said.