Ryan Giggs: ‘Too many foreign managers in British football’ 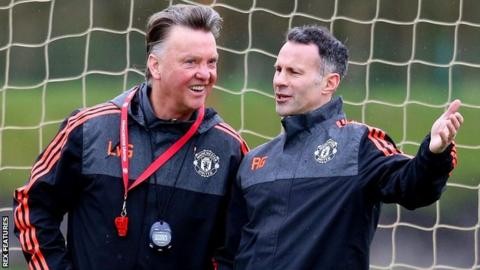 Ryan Giggs believes there are too many foreign coaches and managers in the Premier League, with British talent not being given a chance.

The former Manchester United and Wales winger insists the number of foreign bosses is stifling homegrown managers’ opportunities to progress.

Giggs, 43, was caretaker boss for four games at United after David Moyes’ sacking in 2014.

“I don’t think there’s enough [British managers] at the moment,” he said.

Giggs, who has said he is in no rush to get back into management, cites Paul Clement at Swansea City as an example of a British manager proving they can operate at the top level.

Giggs was interviewed for the Swansea job before American Bob Bradley’s appointment in October, and the former United captain was considered again before Clement took charge in January.

“I think it is [important British coaches get a chance]. There’s a lot of top quality foreign coaches in the Premier League, but there’s also a lot of quality British coaches and managers out there.”

Seven of the 20 Premier League clubs have British managers.

The current top seven sides are all managed by foreigners, with Welshman Tony Pulis’ West Brom the highest-placed team with a British boss.

Giggs said if homegrown managers and coaches are not given a chance at the top clubs, then they will never be able to prove they can succeed in the job.

“As I say, there are quality foreign coaches as well. I just think on the balance, there’s too many foreigners at the moment and British coaches probably just don’t get the chances.”