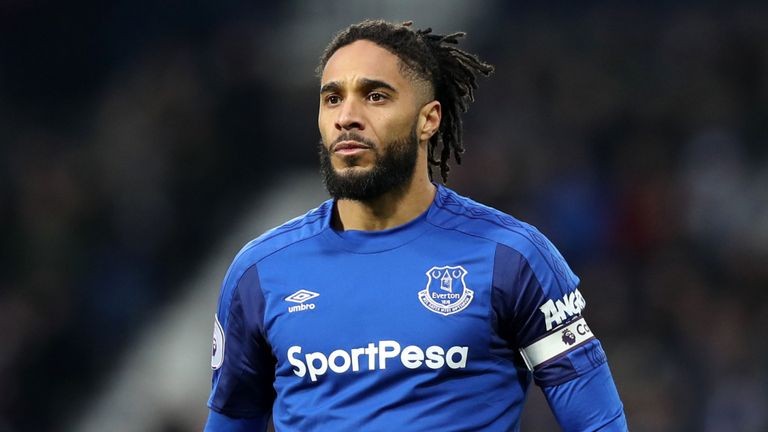 Ryan Giggs has backed Ashley Williams to bounce back from a difficult season at Everton after retaining the defender as his Wales captain.

Williams has been heavily criticised for his club performances this season and is currently serving a domestic ban after being sent off in Everton’s defeat at Burnley earlier this month.

However, new Wales boss Giggs has shown his faith in the veteran centre-back by handing him the armband at the China Cup this week.

When asked about Williams’ indifferent form, Giggs said: “Everton have had a change of manager and new ideas have come in but all I can really gauge are Ash’s performances for Wales and they have been fantastic.

“It is like a lot of the players, they seem to just go on to that next level when they play for Wales.

“That is all I’ll be looking at. I have had several chats with him and he has been a tremendous captain for Wales.

“The club form for some of the players might not be what it is for Wales, but when they come away with us I want them to perform.”

Williams, who forged his reputation at Swansea before joining Everton in 2016, was appointed Wales captain by Giggs’ predecessor Chris Coleman in October 2012.

The 33-year-old was a hugely influential figure in Wales’ rise under Coleman and led the side during their historic run to the Euro 2016 semi-finals in France.

But Williams has been below his best during a season of turmoil at Everton, making several high-profile mistakes, and his frustration was evident when he was sent off for lashing out at Burnley striker Ashley Barnes.

Giggs said: “He came down to meet me and all the staff, it was the day after he got sent off, so it was great for him to come down.

“I’ve been a player and if you lose the game a day before, and you’ve got stuff to do the day after, you don’t feel like doing it.

“I was delighted for him to come down and spend a few hours with all the staff. I did say to him: ‘You need games now!’ and he laughed at that. He has been brilliant with me.”

Giggs’ bow as Wales manager comes at the China Cup, a four-team tournament which will be played in the southern Chinese city of Nanning.

Wales will play the hosts on Thursday before being involved in either a third-place game or a final against the Czech Republic or Uruguay.