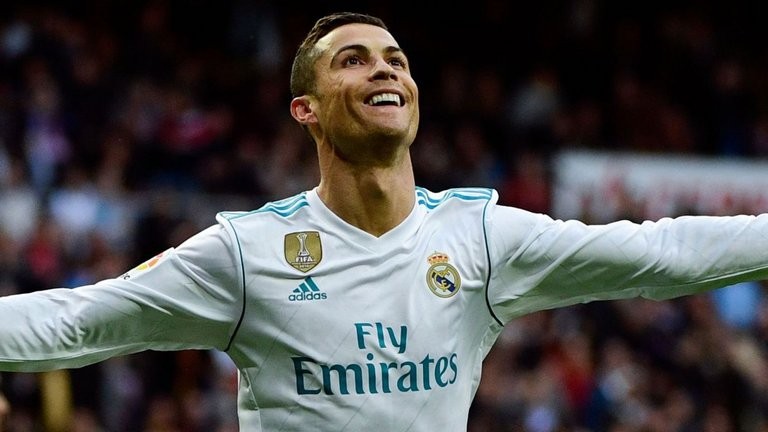 Cristiano Ronaldo made it 17 goals in his last eight games as he scored four in Real Madrid’s thrilling 6-3 win over Girona in La Liga on Sunday evening.

La Liga’s surprise package Girona went in at half-time with a 1-1 scoreline on their first visit to the Santiago Bernabeu when Christian Stuani (28) equalised Ronaldo’s opener (11).

However, Real found top gear after the break as Lucas Vazquez (58) and two more from Ronaldo (48, 64) raced the hosts into a 4-1 lead. Zinedine Zidane’s men took their foot off the gas to allow Stuani to score his second (67) but substitute Gareth Bale (86) restored the three-goal cushion.

Juanpe headed home a consolation for Girona (88) before Ronaldo grabbed his fourth in injury-time after a magnificent pass from Toni Kroos.

Man of the match: Cristiano Ronaldo

Real’s victory moves them back above Valencia into third and to within four points of Atletico Madrid in second.

The breakthrough came in the 11th minute from Ronaldo, who swept a cut-back from Kroos across Bono and into the corner.

Vazquez had the ball in the net in the 22nd minute after latching on to Kroos’ clever reverse pass but he was flagged offside.

Instead, it was Girona celebrating six minutes later after Dani Carvajal gave away a needless free-kick near the corner. Alex Granell swung in the cross and Stuani gave Carvajal the slip before burying a bullet header.

The second half got off to a fine start for Real when Ronaldo beat the offside trap to collect Karim Benzema’s perfectly weighted pass and dispatch it off the underside of the crossbar.

Just before the hour mark Ronaldo unselfishly passed up the chance of a hat-trick to roll the ball across goal for Vazquez to apply the finish.

He did not have to wait long for his treble, though, following up after Benzema’s effort was blocked to lash in the fourth.

Stuani headed a second as Real momentarily switched off at the back, but substitute Bale hit the fifth before Juanpe nodded in a third for Girona.

But Ronaldo had the last word when he tucked away a Kroos pass in stoppage time to cap a stunning individual display.

Man of the match – Cristiano Ronaldo

Who else? When Real Madrid needed their main man, he answered the call, netting the all-important opening goal and the strike to regain the lead after the break. His relentless desire to score goals shows no signs of waning.

Madrid have a trip to Las Palmas to look forward to after the international break on March 31 before they face Juventus in the first leg of their Champions League quarter-final.