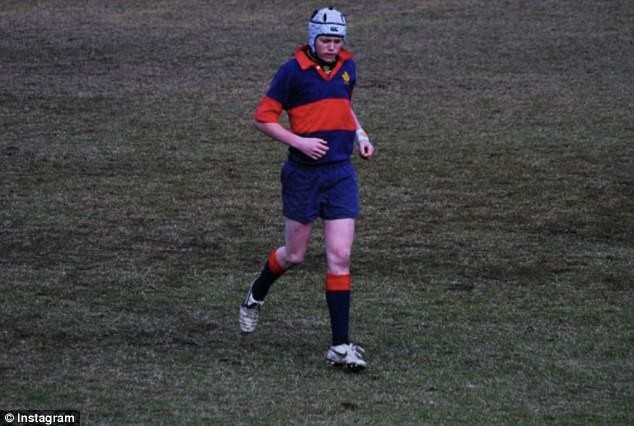 25-year old Warringah player Lachlan Ward is dead after collapsing on the field in a fifth-grade match against Gordon at Pittwater Park.

Attempts to resuscitate him were unsuccessful and the coroner will investigate the cause of death.

The loss of Ward has devastated his family and rocked the tight-knit Warringah club.

Ward was remembered by clubmates on Sunday on social media, with Josh Holmes paying tribute, Warringah club president Phil Parsons among others.

We are family and you are my family. I have had messages from all over the world of heartfelt, sincere sympathy for the Ward family and club. I’m sincere in my comment that I don’t know what to do next except hug your family and support the Wards and extended family anyway we can. The tears are flowing.” Parsons wrote

Wallabies players were gutted to hear the news of Ward’s death after coming from the field in Melbourne, where they beat Fiji.

“It’s a tragic accident that happened in the game yesterday at Warringah and on behalf of the Wallabies and the broader rugby community, we want to show our support to his family in this time,” Moore said.

“You never like to see that on the rugby field and it’s a very sad day for Australian rugby. We certainly send all our best wishes to his family.

“It’s tragic anytime you see that, no matter what sport it is. We go out there to have fun and we love what we do. To see something like that it really does hit a chord that’s for sure.”

Thoughts are with the Ward family, and the incredibly close Warringah family on the tragic death of Lachlan Ward in a game today. pic.twitter.com/gxBvHt96R7

In honour of a great friend, brother and Rat Lachlan Ward, a prayer and minutes silence at the Junior State… https://t.co/C44TT7geg1

ARU have released a statement in relation to the death of 25-year-old rugby player Lachlan Ward @smh @SMHsport @theagesport pic.twitter.com/rqYFaaZe8t

Lachlan Ward is being remembered as a “legend” who “never let anything get him down”.https://t.co/CwfHPvC9O9 pic.twitter.com/nOYUIUWzZV