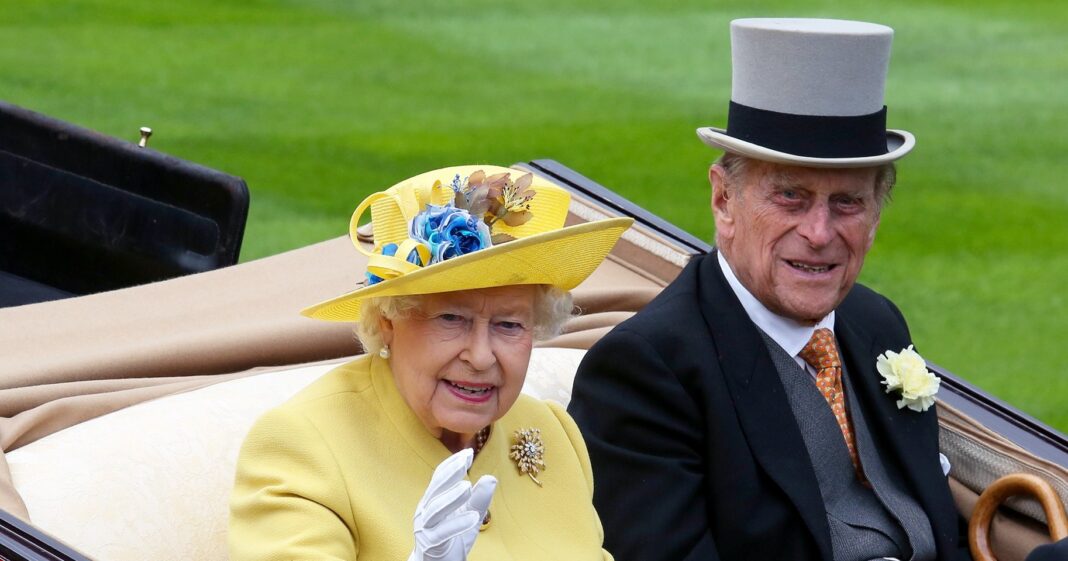 Prince William and Duchess Kate were the first to wish the queen and Prince Philip well on their special day, sharing side by side photos of the lovely pair, then and now. “Wishing Her Majesty The Queen and His Royal Highness The Duke of Edinburgh a very happy 72nd Wedding Anniversary!” the Duke and Duchess of Cambridge wrote on Instagram.

It didn’t take long for Prince Harry and Duchess Meghan to follow suit to commemorate the royals’ marriage milestone. “On this day, seventy-two years ago, they were married at Westminster Abbey,” the Sussex royals captioned a throwback shot of the happy couple sitting in a carriage.

The Dukes’ and Duchess’ tributes to the royal matriarch come shortly after Us Weekly broke the news that the Queen was “disappointed” to hear that Harry, 35, and Meghan, 38, would be spending the holidays stateside.

“Having spent the last two Christmases at Sandringham, [the couple] will spend the holiday this year, as a new family, with the duchess’ mother,” an official statement from Buckingham Palace said on November 13. “This decision is in line with precedent set previously by other members of the royal family, and has the support of Her Majesty The Queen.”

According to a source close to the royal family, the Duke and Duchess of Sussex’s decision was made in part due to the supposed rift between Harry and William, 37. The source later added that the Suits alum and her husband are “making their family their No. 1 priority right now” by celebrating 6-month-old baby Archie’s first Christmas with Meghan’s mother, Doria Ragland.

What Does the Royal Family Eat on Christmas?

When the Sussex royals spent their first holiday season as a married couple at Sandringham House in Norfolk, England in 2018, a source revealed to Us that Ragland, 63, had not been asked to join the festivities.

“She is of course welcome at Sandringham,” an insider told Us in December 2018. “But wasn’t formally invited for this Christmas.”

Keep scrolling to see Elizabeth and Philip’s most heartwarming moments!