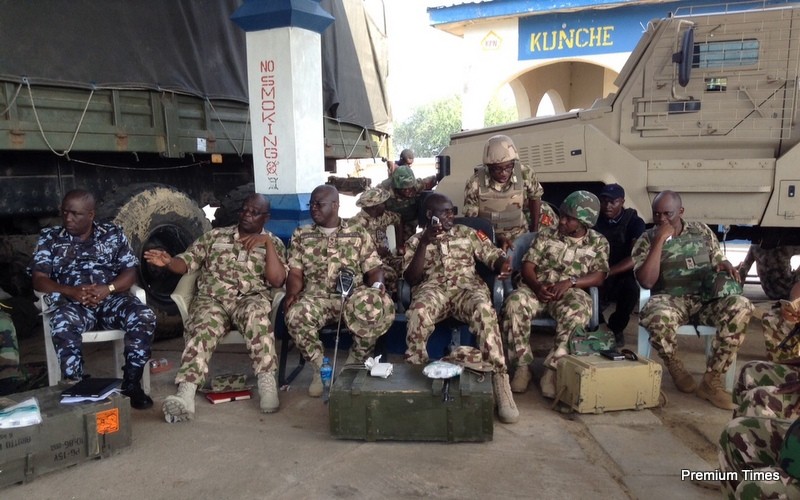 Acting President Yemi Osinbajo has attributed successes being recorded by the military against Boko Haram insurgency to the restoration of cordial relations with Nigeria’s neighbours, including Chad, Cameroon and Niger.

Osinbajo, in a nationwide broadcast on Monday to commemorate the second anniversary of President Muhammadu Buhari’s administration, said the government had reorganised and equipped the armed forces, and inspired them to heroic feats.

He said that in addition to mending broken relations with the country’s allies, the Buhari administration had also revitalised the regional Multinational Joint Task Force, by providing the required funding and leadership.

He said that the terrorist group which openly challenged the sovereignty and continued existence of Nigeria through killing, maiming, and abduction, causing the displacement of the largest number of citizens had now been routed.

“With new leadership and renewed confidence, our gallant military immediately began to put Boko Haram on the back foot.

“We have restored broken-down relations with our neighbours – Chad, Cameroon and Niger – allies without whom the war against terror would have been extremely difficult to win.

“The positive results are clear for all to see. In the last two years, no fewer than one million displaced persons have returned home.

“One hundred and six of our daughters from Chibok have regained their freedom after more than two years in captivity, in addition to the thousands of other captives who have since tasted freedom.

“Schools, hospitals and businesses are springing back to life across the North-East, especially in Borno, the epicentre of the crisis. Farmers are returning to the farms from which they fled in the wake of Boko Haram.

“Finally, our people are getting a chance to begin the urgent task of rebuilding their lives.’’

On agitations in some parts of the country, Osinbajo revealed that the Buhari administration had engaged with local communities with a view to understanding their grievances, and to create solutions to their challenges.

He said, “across the country, in the Niger Delta, and in parts of the North-Central region, we are engaging with local communities to understand their grievances, and to create solutions that respond to these grievances adequately and enduringly.’’

According to him, President Buhari’s new vision for the Niger Delta is a comprehensive peace, security and development plan that will ensure that the people benefit fully from the wealth of the region.

“We have seen to it that it is the product of deep and extensive consultations and that it has now moved from idea to execution.

“Included in that New Vision is the long-overdue environmental clean-up of the Niger Delta beginning with Ogoniland, which we launched last year,’’ he added.

On persistent farmers/herdsmen unrest across the country, the acting president announced that the Federal Government had started working with state governments and relevant security agencies in designing effective strategies and interventions to end the menace.

According to him, the Buhari administration is determined to ensure that anyone who uses violence or carries arms without legal authority is apprehended and sanctioned. (NAN)