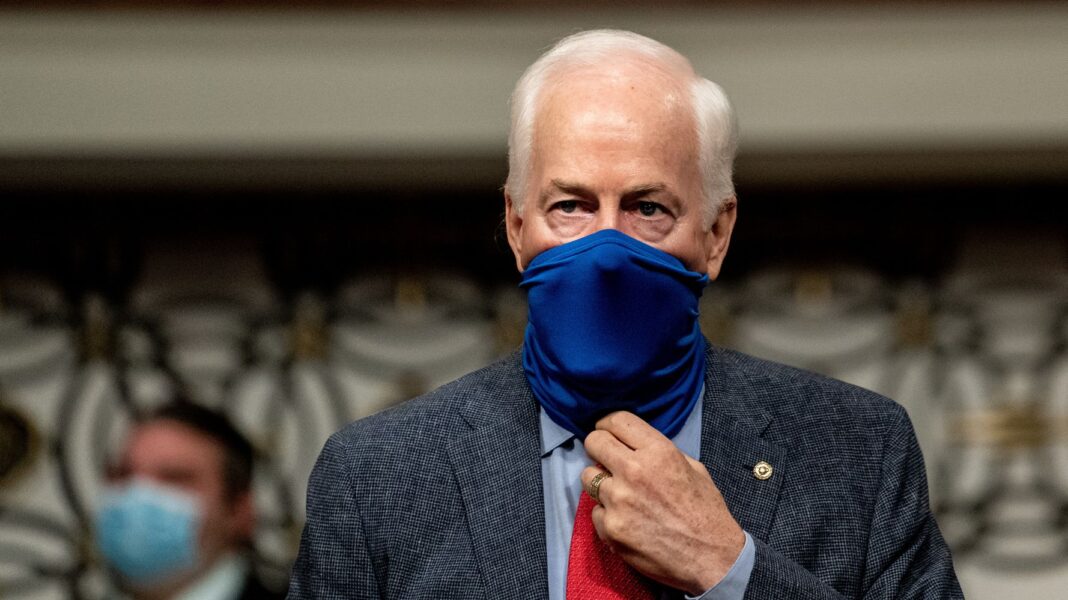 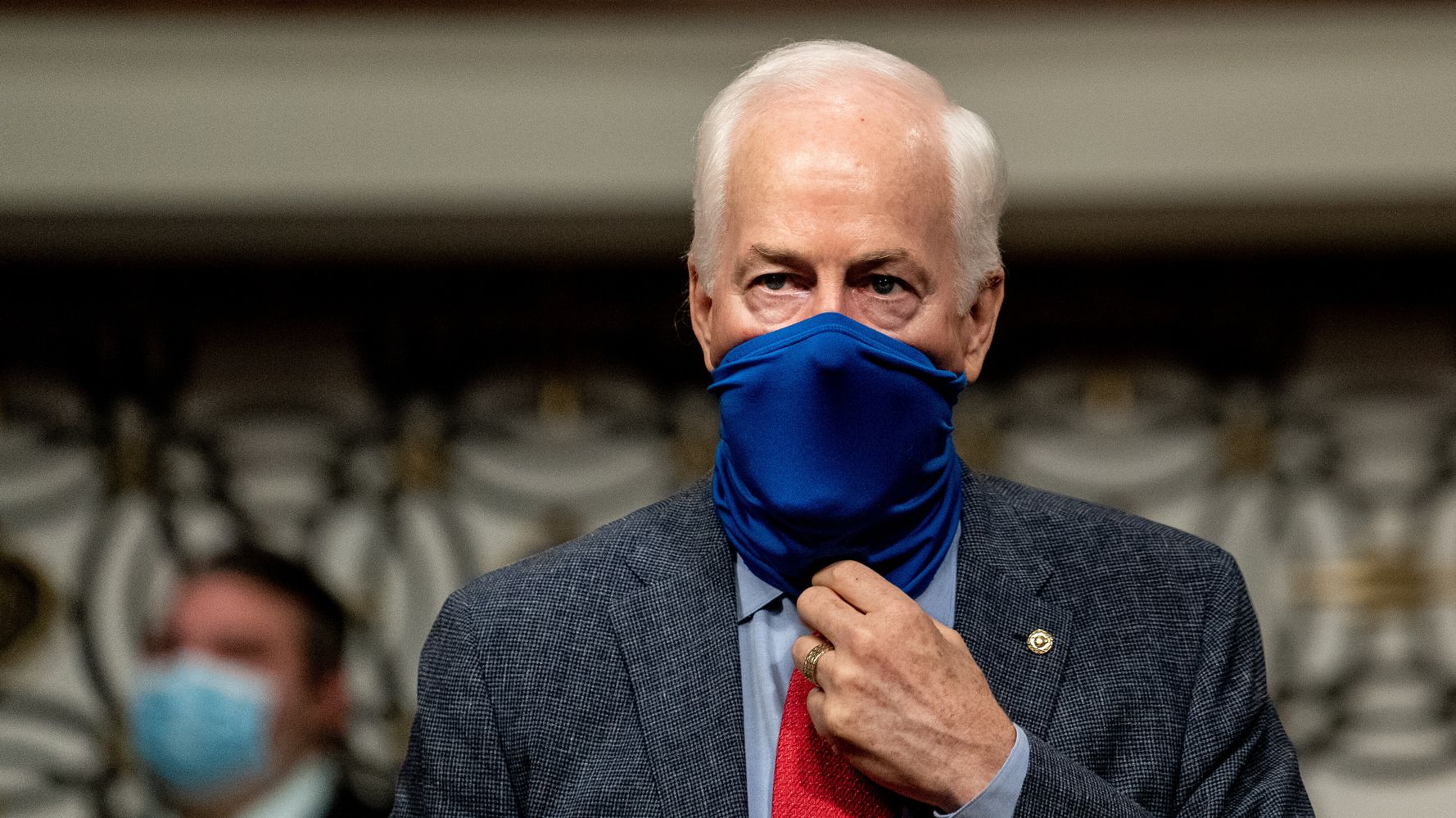 Texas Republican Sen. John Cornyn is spending hundreds of thousands of dollars meddling in the Democratic primary to face him, airing television and radio advertisements to boost a state legislator over Washington Democrats’ preferred candidate.

Tuesday’s runoff election pits Air Force veteran M.J. Hegar against long-time state Sen. Royce West, with the winner set to face Cornyn, the second-highest ranking Senate Republican, in November. Democrats, looking at both an increasingly favorable national political climate and demographic and ideological changes throughout Texas, are cautiously eyeing the race as a pick-up opportunity as they seek to overcome Republicans’ 53-47 advantage in the Senate.

“Democrats, independents and Republicans are just, frankly, disturbed by where the president has led this country,” West said in a phone interview, expressing confidence in the Democratic Party’s ability to win the state at the presidential and Senate levels in November. “We’re going to have to nationalize this race.”

The race, as the final competitive Democratic Senate primary of the cycle, is also a test of a Senate Democratic political operation that is so far undefeated in steering its preferred candidates through primaries, and of the limits of Democratic voters’ preference for Black candidates in the weeks and months following the resurgence of the Black Lives Matter movement.

Sporadic public polling has shown Democratic presidential nominee Joe Biden competitive with President Donald Trump in the state, though Cornyn has shown a more consistent lead. And unlike in 2018, when then-Rep. Beto O’Rourke raised $80 million and came within 3 percentage points of toppling Sen. Ted Cruz, Democrats are trailing Cornyn ― who has nearly $13 million on hand ― badly in the money race.

On Sunday, the Dallas Morning News and the University of Texas at Tyler released a survey showing Hegar with a 35% to 22% lead over West, with both candidates getting little recognition among the broader electorate and both trailing Cornyn by double digits.

Still, Cornyn’s actions over the past week show a politician who is actively trying to make his reelection bid as easy as possible. His campaign began airing an ad attacking the cash-strapped West on Friday, calling him a “liberal politician” and highlighting his support for abortion rights and gun control — which potentially gives Democrats a reason to back him rather than Hegar.

“He’s on their side, not ours,” a narrator says of West, as images of Sen. Elizabeth Warren (D-Mass.), Sen. Bernie Sanders (I-Vt.) and Rep. Sheila Jackson-Lee (D-Texas) appear on screen. (Warren has endorsed Hegar in the race, Jackson-Lee is backing West, and Sanders is neutral.)

Here’s the TV ad that @JohnCornyn’s campaign is going up with tomorrow, similar to the attack ad that it first ran against @RoyceWestTX last summer: pic.twitter.com/05NBUzO12U

Cornyn’s spending highlighting West is far greater than the amount West has been able to spend himself. The most recent Federal Election Commission report shows he had just $160,000 in the bank, compared to Hegar’s $1.6 million.

Hegar’s money advantage would be enough to make her a clear favorite in the contest, but she also carried a larger share of the vote after the first round of primary voting in February: 22% to West’s 15%.

“With an abysmal approval rating and facing the toughest reelection of his political career, Sen. John Cornyn is so desperate to not run against decorated combat veteran and working mom M.J. Hegar that he is meddling in the Democratic runoff election,” said Amanda Sherman, a Hegar spokeswoman.

Much of Cornyn’s spending appears aimed at boosting West, who is Black, with African-American voters. A Democrat tracking media buys noted much of Cornyn’s radio spending is in Beaumont, a small media market with a significant Black population, and that he’s purchased significant ad time on BET.

West has received notable endorsements from a host of Black political figures: Reps. Jim Clyburn (S.C.) and Cedric Richmond (La.) have both endorsed him, as has Benjamin Crump, the attorney who represents the families of George Floyd and other Black victims of police violence. In the weeks since Floyd’s death, West’s campaign has picked up momentum and emphasized his role in writing Texas’ first police body camera law and other criminal justice reforms.

West’s own advertisements attack Hegar for her past as a Republican, noting she voted in the 2016 GOP primary. (Hegar has said she voted for Carly Fiorina as a way to block Trump from getting the GOP nomination.)

“We need a real Democrat to stand up to Donald Trump,” a narrator says in one West ad.

Hegar, who is making a joint ad buy with the Democratic Senatorial Campaign Committee and also has air cover from EMILY’s List, is greatly outspending West on television, where her ads have included a 30-second spot expressing her own support for the Black Lives Matter movement.

“We stand together against the systemic racism that has hurt Black Americans for far too long,” Hegar says in the ad.

In an interview with the Texas Tribune, Hegar downplayed the ad blitz, arguing the spots were aimed at helping her in the general election rather than Tuesday’s race.

“If you look at the ads that are going up, they’re very focused on the general election,” she said. “We are recognizing we’re gonna win this runoff. I’m very confident.”

West is expected to do well with Black voters, and in the Dallas-Fort Worth metroplex, his political home base. Hegar should do better in the suburbs, and near her political base in Austin. That means Latino voters in San Antonio and South Texas could cast the deciding votes. The five Latino candidates on the ballot combined for more than 25% of the vote in the first round of the primary.

Hegar is up with a Spanish-language radio ad, boasting of her support for ending family separations and a pathway to citizenship.

The battle between Hegar and West bears superficial similarities to the clash between Amy McGrath and Charles Booker in Kentucky’s Democratic Senate primary in June ― a female veteran with national political backing who went viral and raised a boatload of cash before losing a House race in 2018, running against a Black state legislator with closer ties to local powerbrokers. But there’s a crucial difference: Hegar and West are not in an ideological battle, with both establishment and progressive figures split on the race.

“I’m not going to go there to disrupt something just for the sake of disrupting it,” West said. “I want to make sure this government is working, and it’s not working right now.”

Still, that hasn’t prevented grumbling from both local and national Democrats that the DSCC moved too quickly to back Hegar. Some national Democrats were high on the candidacy of Amanda Edwards, a young Black Houston councilwoman who ended up finishing fifth in the first round of voting. (Both Edwards and the third-place candidate, progressive organizer Cristina Ramirez, have endorsed West in the runoff.)

“We had the most diverse group of candidates in the history of Texas running for the United States Senate. It seems like they at least should have interviewed all of us before making a decision,” West said, before quickly adding: “I expect the Democratic Senate Campaign Committee and I will kiss and make up and we will mount a robust campaign in the fall.”

For at least a portion of the Texas Democrats, however, the Senate race isn’t the top priority. The party is targeting GOP-held seats in both the U.S. House and the state House, ahead of a crucial redistricting cycle that starts in 2021.

“As we look toward November, as a Democrat, I’m more concerned about taking back the state House and making gains on congressional seats,” said Colin Strother, a Democratic strategist in the state. “I see West adding a lot more value when a lot of our top targets are in the Dallas-Fort Worth metroplex and in the Houston area, and that helps turn out the Black vote.”