Premier League: Were these players discarded too soon? 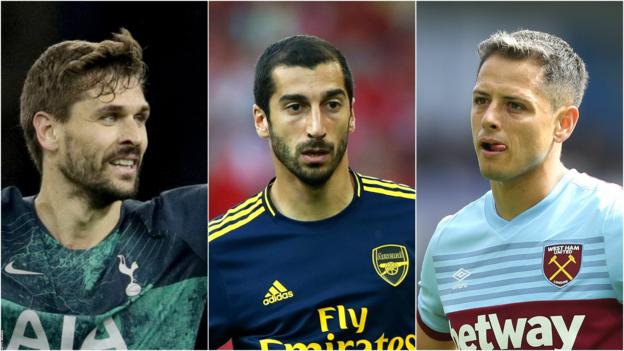 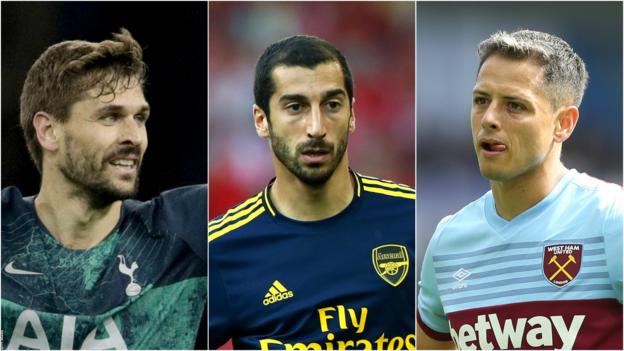 The opportunity for Premier League clubs to bring in new players has long since come and gone – but the European window only shut on Monday.

And that gave a few top-flight clubs the chance to clear the decks of those judged surplus to requirements.

Many players signed for big money have moved on for substantially less but what influence did they have at their clubs? Have any of them been discarded too soon?

BBC Sport looks at the impact of six players who left the Premier League on Monday.

Passing through the departure lounge

Having arrived in England from Bundesliga side Borussia Dortmund for a fee of around £26m in July 2016, Henrikh Mkhitaryan went on to score 13 goals in 63 games for Manchester United.

The Armenia international, who won the Europa League at United, was then used as a makeweight in the deal that took Alexis Sanchez to Old Trafford.

A regular under Arsene Wenger, he has become an increasingly peripheral figure since Unai Emery became manager.

Mkhitaryan started just 19 of the Gunners’ top-flight fixtures last term under the Spaniard and missed the Europa League final defeat by Chelsea in Baku because of concerns over his safety.

This season, the 30-year-old has played in three of Arsenal’s four Premier League matches, starting their opening weekend win at Newcastle and making a further two substitute appearances.

Mkhitaryan has scored nine goals in 59 appearances for Arsenal.

During his time at the Hammers, the 31-year-old Mexico international played under three different managers (Bilic, David Moyes and Manuel Pellegrini) making 63 appearances in all competitions.

At first inspection, his 16 goals in 55 Premier League games appears a modest return for a player with 150 career goals. However, just 31 of those appearances were as a starter.

At the time of his departure, Hernandez had one year left on his Hammers contract but might have struggled for game time this season following the arrival of club record signing Sebastien Haller.

Matteo Darmian arrived at Manchester United in July 2015 with a burgeoning reputation, just 12 months after winning his first Italy cap.

However, the former AC Milan youngster, brought in to replace Brazilian full-back Rafael, has endured a difficult period at Old Trafford.

While he collected FA Cup, EFL Cup and Europa League medals with the club, he has rarely been a first choice.

Instead Darmian has been used sparingly, operating as a utility player under successive managers.

The 29-year-old began 72 matches for United in just over four years at the club but only made four Premier League starts in 2018-19.

The Italian, whose contract contract was scheduled to expire in 2020, had not featured in the present campaign.

Spain striker Fernando Llorente joined Tottenham off the back of helping Swansea City avoid relegation from the Premier League in 2016-17.

While the former Juventus forward was signed primarily as an understudy to Harry Kane, he did provide Spurs with a useful alternative at the apex of their attack.

His physical presence and prowess in the air was pivotal as his team knocked Manchester City out of the Champions League at last season’s quarter-final stage; he scored the vital away goal that ultimately saw Spurs advance.

Llorente only registered 13 goals during his two years in north London, but that in part could be attributed to making 45 of his 66 appearances as a substitute.

Capped 24 times by his country, the 34-year-old now returns to Serie A, where he has previously won two Scudettos with Juventus.

Still only 26, the former Marseille and Juventus midfielder joined Southampton in 2017 in a then club record deal worth up to £18.1m.

In his time with the Bianconeri, Lemina won both the Serie A title and the Coppa Italia twice, and featured in the 2017 Champions League final defeat by Real Madrid.

It was always going to be difficult for the Gabon international to repeat those highs on the south coast.

Continuously linked with moves away from St Mary’s over the summer, Lemina was exiled from Ralph Hasenhuttl’s squad before making the move to Turkey.

He scored two goals in his 52 appearances for the Saints.

Goalkeeper Asmir Begovic joined Bournemouth from Chelsea for £10m in 2017 and kept five clean sheets in his first season on the south coast.

But the Bosnia international lost his status as first choice in January, and has played just two competitive games since then.

Begovic, yet to appear for Bournemouth this season, has fallen behind Aaron Ramsdale, Artur Boruc and Mark Travers in the club’s first-team pecking order.

The 32-year-old concluded a temporary move to Azerbaijani champions Qarabag just before the end of the European transfer window.

The former Portsmouth, Stoke and Chelsea goalkeeper has made 62 appearances for Bournemouth.