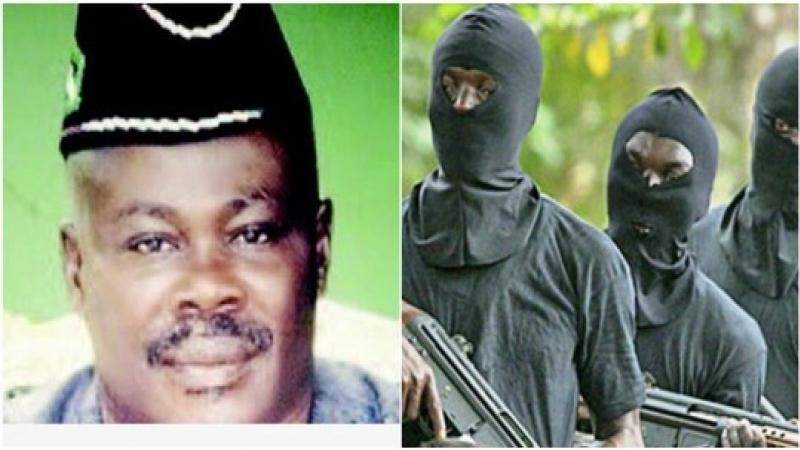 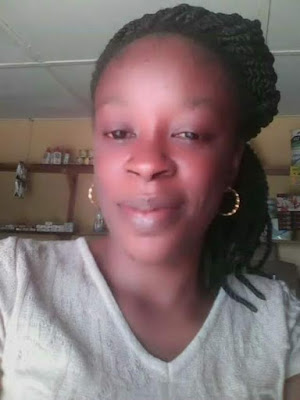 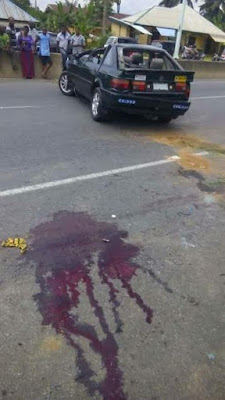 A woman believed to be in her 30s was killed in a car crash in Ibesikpo-Asutan, Akwa Ibom State on Friday, July 7. The other passengers were injured in the accident which occurred crash along Aka-Nung Udoe Road, around Owot Uta Village, at about 12:45 p.m.
The deceased was identified as Anwanabasi Enang, a mother of 2 and a resident of Idua Eket, Eket.
A witness, Aniefiok Ekwere told PREMIUM TIMES that the ill-fated green-colour Honda car, which was traveling from Uyo to Eket, had somersaulted multiple times along the highway.
According to the testimony of one of the injured passengers, the crash was allegedly triggered by the action of some personnel of a task force said to be working for the Akwa Ibom State government.
The task force, PREMIUM TIMES gathered, is meant to check illegal loading of passengers along the highways. 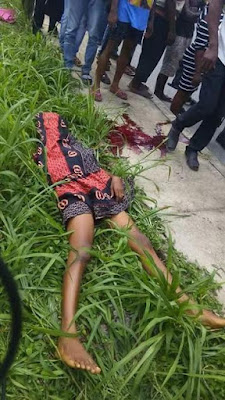 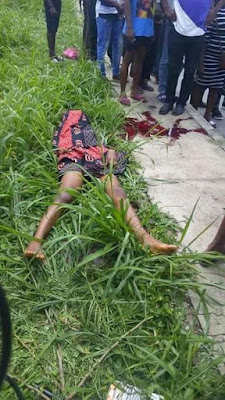 An official of the task force was said to have disguised as a passenger and flagged down the taxi, while other members of the task force, driving inside a brown Toyota Camry car, were said to be trailing the same taxi.
“While the car was still going, the task force man that entered the car tried to force the driver to stop the car,” Mr. Ekwere said.
“He (the task force official) was sitting in the back seat of the taxi. When they got to Owot Uta, the man struggled with the driver for the control of the car steering. The car hit the road pavement and tumbled several times.”
He said the official of the task force, who was inside the crashed vehicle jumped out of it, ran across the road and entered a tricycle which zoomed off, before the first responders could understand what really happened.
The Toyota Camry, which had the task force team inside it, sped off too immediately the crash occurred, he said.
The police spokesperson in the state, Ikechukwu Chukwu, confirmed the crash.
Reacting to the tragic incident that killed Mrs Anwanabasi, Moses Eskor wrote on Facebook  :
“I just can’t believe it,
Is it true that my dear Sister Anwanabasi Enang has been murdered today by members of Akwa Ibom State Motto tax force (or whatever name they call them)?
It it true that those touts employ by the ministry of Transport drag a car steering with a stupid driver not minding the plight of the passengers in the car?
If a driver (who is equally a tout) try to escape must the ministry of Transport (touts) staff drag the car steering?
Now that my sister Anwanabasi Eshiet (an innocent passenger in that car) is killed by these idiots employed by the ministry of Transport in the process of enforcing the ministry rules will the ministry right the wrong?
Anwangabasi will not die in vain!
All the touts in that ministry that caused her death and their employers must pay damages!
Anwangabasi has two lovely children and a helpless husband. Anwangabasi has suffered for the State government, she worked with the ministry of Local Government at Eket, she came to Uyo today for a promotional interview leaving her two children at home.
The touts and the ministry that employ them must pay damages or we will go to court!
This woman cannot die in vain
Please I call on the State Governor to intervene in this and caution the Ministry of Transport and their employed touts in uniform to stop more deaths in Akwa Ibom Roads!!!
I BEG ALL MY FRIENDS AND SYMPATHIZERS TO SHARE THIS POST UNTIL GOVERNOR UDOM EMMANUEL SEES IT”
Share
Facebook
Twitter
WhatsApp
Pinterest
Linkedin
ReddIt
Email
Print
Tumblr
Telegram
Mix
VK
Digg
LINE
Viber
Naver
Previous article“This d**k can make Blac Chyna apologize to Rob,” – brags Rapper The Game as he shares +18 photo on IG
Next articleBadoo Killings: Police arrests 87 Suspects, Releases Wanted List