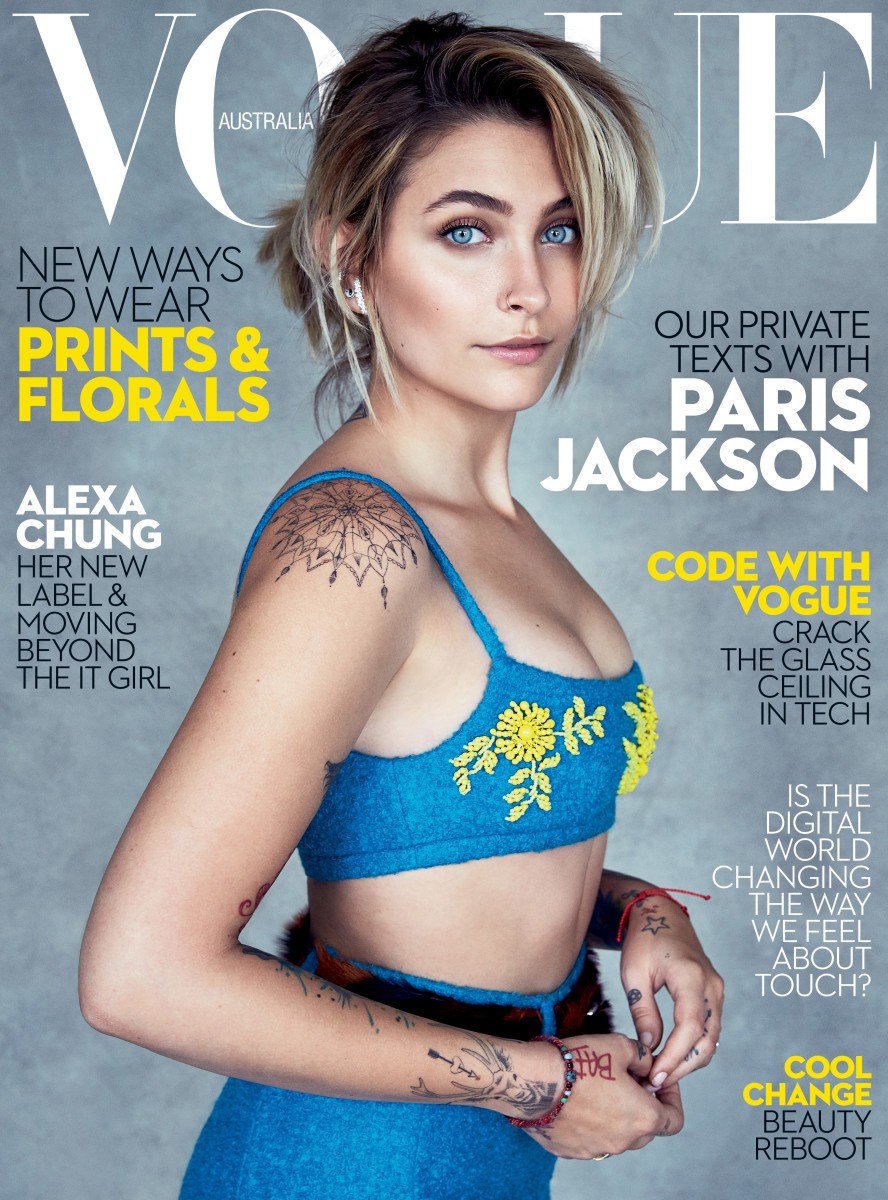 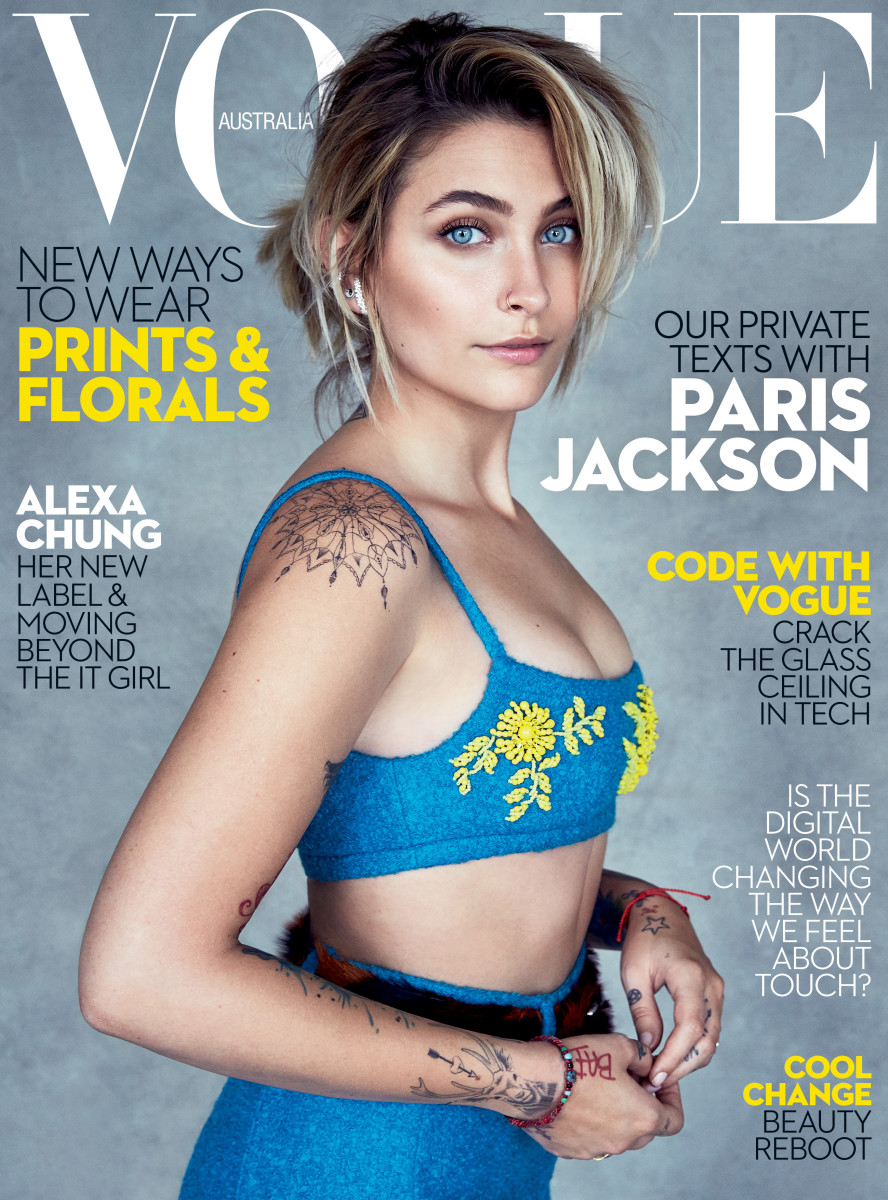 It’s only been a month since her first Teen Vogue cover was revealed, and Paris Jackson has already moved onto the big leagues. The IMG-signed 19-year-old’s first official Vogue cover was bestowed upon her by the Australian edition of the fashion bible for the July 2017 issue.

The up-and-coming model, actress and daughter of Michael was photographed by Patrick Demarchelier, styled by the magazine’s fashion director Christine Centenera and interviewed by creative director at large Alison Veness…over text message. This is apparently her preferred interview format, as that’s the exact same way she was interviewed for Teen Vogue. 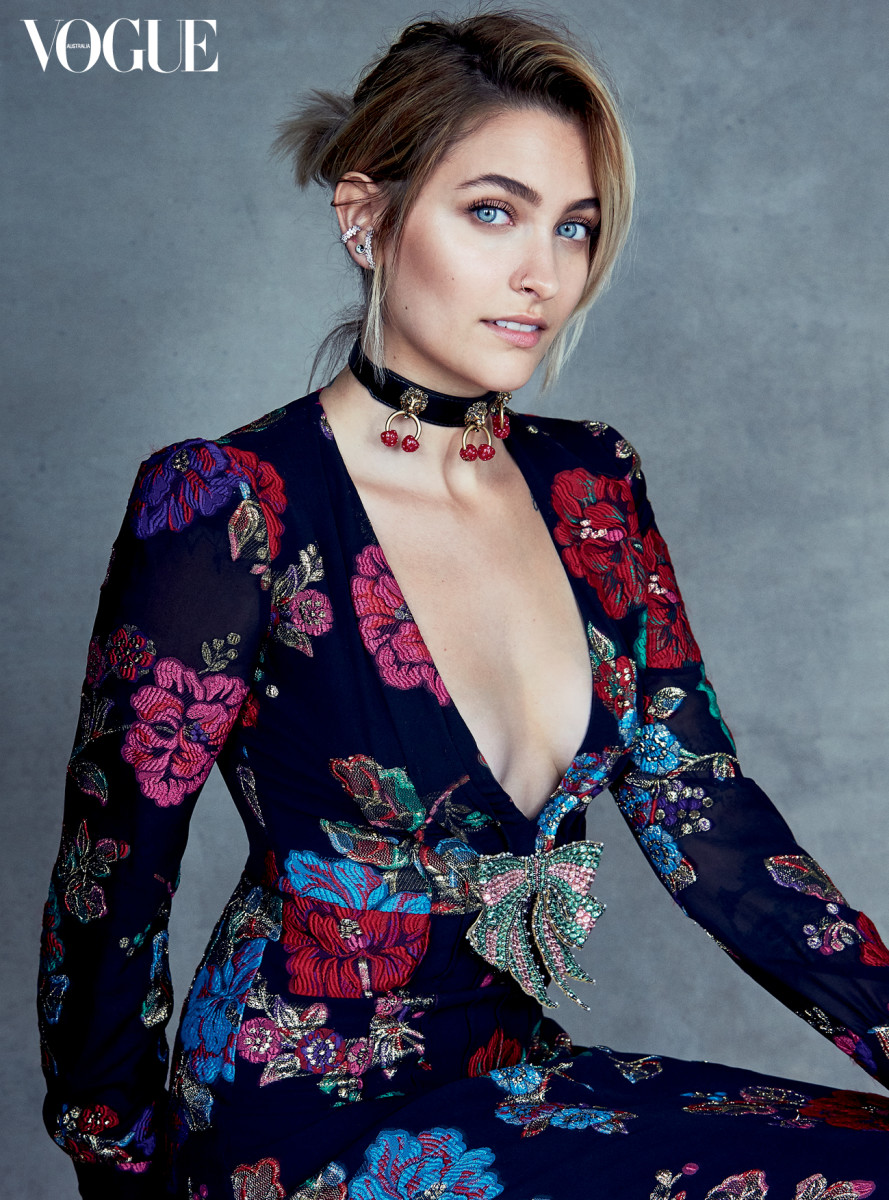 In these texts, she discusses her reasons for entering the modeling business, as well as her desire to use her influence for good and help break down traditional beauty standards.

“I have so many causes that are dear to my heart and fighting for the people, I feel, is my duty. But right now since I’m doing the fashion thing, a huge focus — well, mostly what I’m putting a lot of effort into — is making sure my own personal creativity shows through whatever I’m doing while I’m working,” she tells the magazine. “I really want to leave a positive imprint in the fashion world, mostly regarding the media and the stereotypical beauty standard that is blasted all over every magazine you see, every article that pops up on your phone screen, every billboard you see while you’re driving down the street. I already have many young girls looking up to me and I want to be something their parents are OK with them looking up to.” A noble goal indeed. 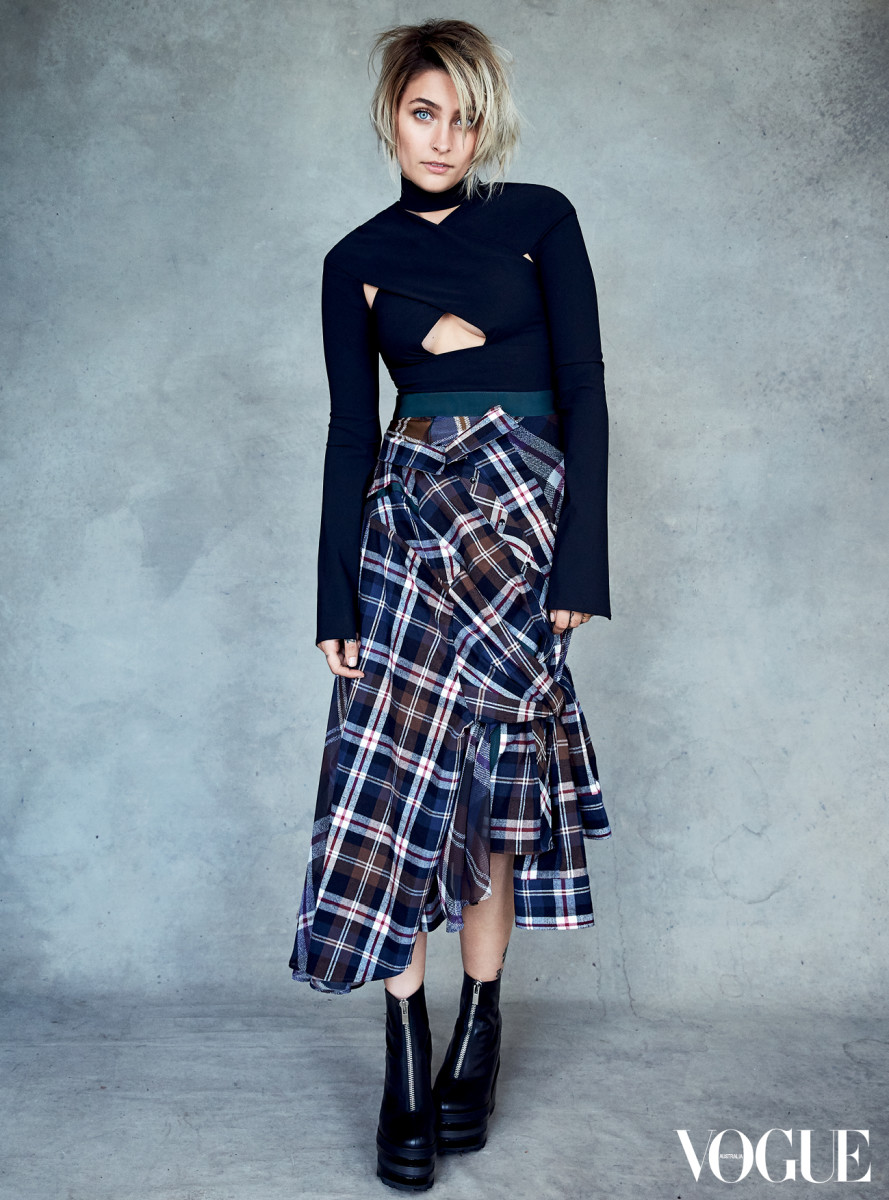