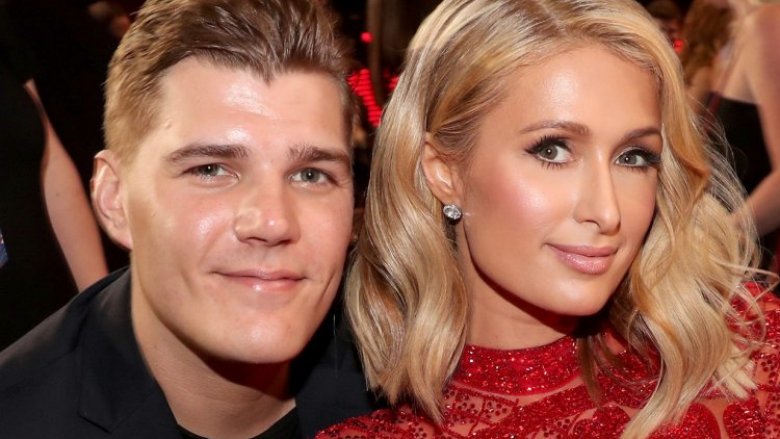 It’s over between socialite Paris Hilton and her fiancé, actor Chris Zylka.

According to an E! News report, published on Monday, Nov. 19, 2018, the longtime couple have reportedly called it quits following a 10-month engagement.

As a source cited by the publication claimed, “Paris broke up with Chris a few weeks ago.” The insider added, “Their relationship moved really quickly, and she realized he wasn’t right for her. She wishes him well and hopes they can remain friends.”

Hilton, 37, and Zylka, 33, had been together for over two years. At the time of this writing, neither have publicly commented on reports of their alleged breakup.

As Nicki Swift previously reported, Hilton announced the former couple’s engagement in late December 2017, after making their public debut that February. “I said Yas!” the television personality wrote to her social media followers at the time, captioning a snapshot from Zylka’s proposal during their Aspen, Colo. vacation. “So happy & excited to be engaged to the love of my life. My best friend & soulmate. Perfect for me in every way. So dedicated, loyal, loving & kindhearted. I feel like the luckiest girl in the world! You are my dream come true! Thank you for showing me that fairytales do exist.”

While The Simple Life alum dished on her wedding plans — and her 20-carat pear-shaped engagement ring — a few months later, she and The Leftovers star pushed back the date of their nuptials in late August. “The 11/11 thing was never a set date,” Hilton told People magazine, explaining that their initial decision to tie the knot on Nov. 11, 2018, didn’t leave them much time to plan their big day. “It was just, 11/11 is something I love because I always say, ’11:11, make a wish for good luck.’ … But I didn’t look at my schedule. Then this summer we were looking at our schedules and I was like, ‘Oh my goodness we are both working nonstop until like New Year’s.'”

Readers may be aware that these two sadly aren’t the only celeb pairing to call off an engagement in recent weeks. In early November 2018, Kaitlyn Bristowe and Shawn Booth of The Bachelorette split up after being engaged for three years. Meanwhile, pop star Ariana Grande and comedian Pete Davidson famously broke up in mid-October after a five-month whirlwind romance.