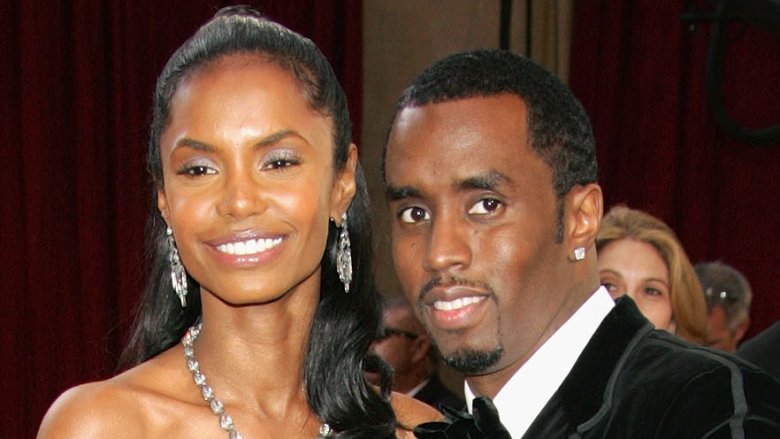 On Sunday, Nov. 18, 2018, Combs shared a video on Instagram with his 12.4 million followers, featuring footage from a past photoshoot that he and Porter did together when they were still a couple. In the caption, Combs wrote, “For the last three days I’ve been trying to wake up out of this nightmare. But I haven’t. I don’t know what I’m going to do without you baby. I miss you so much.”

Combs, who dated Porter on and off for 13 years from 1994 to 2007, continued, “Today I’m going to pay tribute to you, I’m going to try and find the words to explain our unexplainable relationship. We were more than best friends, we were more than soulmates. WE WERE SOME OTHER S**T!! And I miss you so much. Super Black Love.”

Posting a professionally taken photo of Porter posing in a gold gown, he stated, “Words can’t explain,” adding, “FOREVER AND EVER AND EVER!!! Infinity and BEYOND!!!!”

Combs continued by sharing a video montage of photos of himself with Porter and their family. The two shared three children, 20-year-old son Christian and 11-year-old twin girls Jessie James and D’Lila. Combs also helped raise Porter’s son Quincy, 27, from her previous relationship to music producer Al B. Sure, whose real name is Albert Joseph Brown III. In the caption of the post, Combs wrote, “I’ll raise our family just like you taught me to. Love you forever!!!!” He noted, “I CANT BELIEVE THIS S**T!!!!!!”

Before Combs spoke out about Porter’s passing, a source had told People magazine that he was “devastated and shocked” by her death. “He and Kim were still very close friends and co-parents even though their romantic relationship didn’t work,” the insider shared. “They were still a family.”

Porter previously opened up about her relationship to Combs in 2009, after they’d already split. “We’re friends. I’m the person he can tell his inner most thoughts to and he’s that person for me. He still calls me everyday and we talk,” she told Essence. “There’s no ill feeling or ‘I can’t stand you, I hate you, don’t call.’ There’s none of that. We have three children together so that’s just not an option. We’re committed to our children even if we couldn’t commit to each other.”

Kim Porter, who was just 47 years old, was pronounced dead in her Porter’s Toluca Lake home in Los Angeles, Calif. on Thursday, Nov. 15, 2018, after authorities responded to an emergency call reporting a cardiac arrest. Shortly afterwards, Combs’ rep, Cindi Berger, confirmed the heartbreaking news to media outlets, saying, “Sadly, I can confirm the passing of Kim Porter. I ask that you give the families privacy at this time.”

According to TMZ, Porter had been suffering from either the flu or pneumonia for weeks and had been seeking treatment. The celebrity gossip rag noted that no illegal drugs were found in Porter’s home and that authorities were looking into if Porter may have gotten sick while on a recent to Africa.

An autopsy and a toxicology report will reportedly be conducted.

Since news of Porter’s death first broke, other celebrities have taken to social media to grieve. Rihanna revealed to her fans on Instagram that she was “heartbroken” about Porter’s passing. “We lost a real one today, beautiful inside and out,” she wrote.

“R.I.P to Kim Porter,” rapper 50 Cent tweeted. “I send my condolences to her friends and family. She was loved and will be missed dearly.”

Singer Janelle Monáe posted a photo of herself with Porter and Comb on Instagram, writing that Porter was “the woman who single handedly changed” her life. “I am forever indebted to you,” she wrote. “YOU WERE A CONNECTOR. You were a champion of women in the industry. YOU WERE A BOSS moving through this life with so much style and grace.”

Porter’s son Quincy, whose Netflix holiday movie The Holiday Calendar premiered earlier in the month, posted a photo of himself with his mother and his twin sisters and wrote, “I am broken…& the only thing that makes sense right now is that you were way too good for this silly world we live in.”

He went on, “I love you so much MOMMY. Please give Mee-Maw the biggest hug and kiss for me.”

Our thoughts are with Porter’s loved ones during this difficult time.