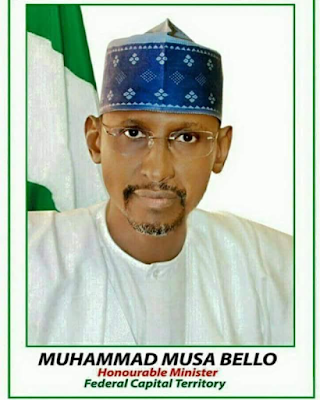 The FCT Administration has revealed that over 789 prostitutes and other destitute, have been repatriated to their various states of origin.
Minister of FCT, Muhammad Musa Bello, who disclosed this while speaking to newsmen at a media parley, said:

“789 beggars, mentally-ill and other social miscreants have so far been evacuated from the streets of the FCT. Majority of these numbers were repatriated back to their respective neighbouring states after proper profiling and rehabilitation”, pledging that government was determined to ensuring that “women, youths, children and vulnerable in FCT are adequately catered for.”

Acting Secretary of Social Development Secretariat (SDS), Mrs. Irene Adebola Elegbede, who spoke on behalf of the Minister, ‎said it was almost impossible to eradicate prostitution from the territory.

“You cannot eradicate the profession; you can only try to contain it. It is the oldest profession. We are trying to discourage commercial sex workers in FCT, but they are smarter than us, they work as cartels.

“When you dislodge or arrest them in a particular place, they migrate to another place. We arrested some in Apo, within a twinkle of an eye, able bodied men were begging us to release them. We need to cooperate; if everyman decides to be discipline, we won’t see them.

“We should collaborate to reduce their numbers on our streets. If there is no demand, there won’t be supply. We even trained some of them in ‎different vocations as a better alternative to prostitution and gave them start off kits but after some months, and gave them a startup capital, but surprisingly, we saw them on the streets again.”

Mrs Elegbede also urged members of the National Assembly to expedite action on a stiffer legal framework that would help in addressing the daunting challenge of miscreants and commercial sex workers.

“We have a mobile Court where we take them to; to serve as deterrent to others but you will see human rights activists coming to pay for them. Initially the fine was N200 but it was increased to N2,000. And after they are released,”