Our varsity’s satellite is for capacity building – FUTA 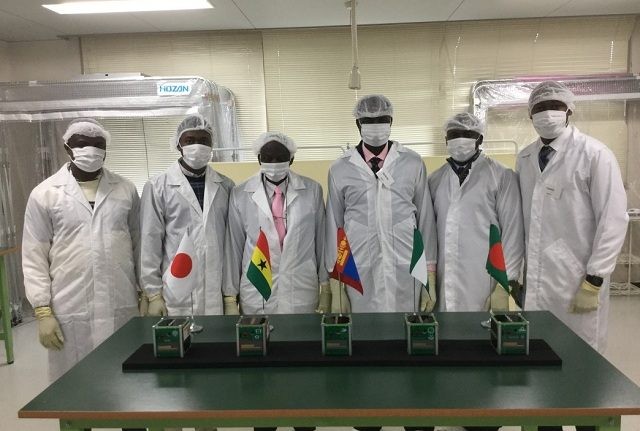 Peter Dada, Akure
The Federal University of Technology, Akure, Ondo State has said the university satellite launched on Saturday was to build a capacity of the people in the university community.
In a statement issued by the Head of Media and Protocol Unit of the University, Mr. Adegbenro Adebanjo, the satellite which was coded NigeriaEdusat-1 was launched by the university last Saturday.
According to the statement, the project was carried out by FUTA in collaboration with National Space Research and Development Agency.
The statement said the project was to domesticate the satellite technology in a Nigerian university and “making the technology a common business among staff and students of the university for the purpose of research, resources and environmental management and sustainable socio-economic development of the nation.
“The satellite technology development, in the long run, shall have spillover effects on science, technology, engineering and mathematics education which is an essential tool for a country industrial development,” the statement added.
In his comment about the development, the Vice-Chancellor of the institution, Prof. Joseph Fuwape, said the successful launch FUTA satellite has shown the capabilities of Nigerian scientists.
The VC said, “FUTA would build on the success to concretize its leading position in cutting-edge researches and scientific breakthroughs.
It was gathered that the satellite which is the first university satellite to be launched in Nigeria, was docked at the International Space Station on Monday and from the ISS, the satellites will be deployed into lower orbit during the last week of June.
Share
Facebook
Twitter
WhatsApp
Pinterest
Linkedin
ReddIt
Email
Print
Tumblr
Telegram
Mix
VK
Digg
LINE
Viber
Naver
Previous articleReview: ‘Sunday Night with Megyn Kelly’
Next article‘Sunday Night With Megyn Kelly’ Makes A Tepid Debut