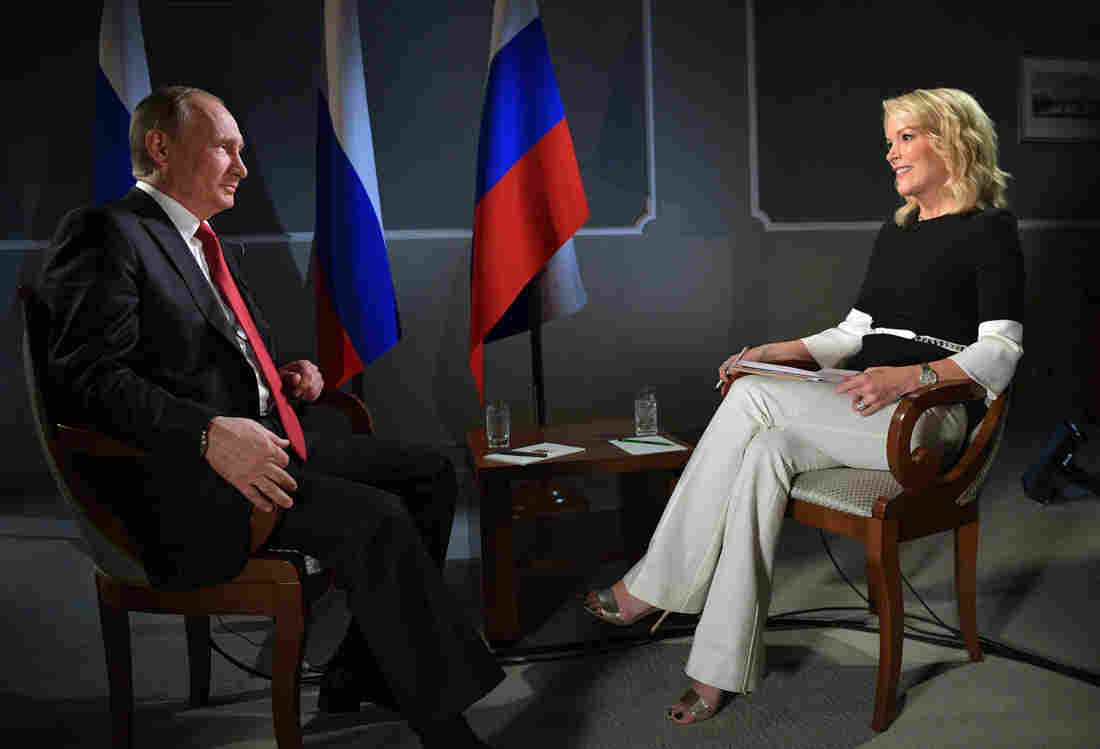 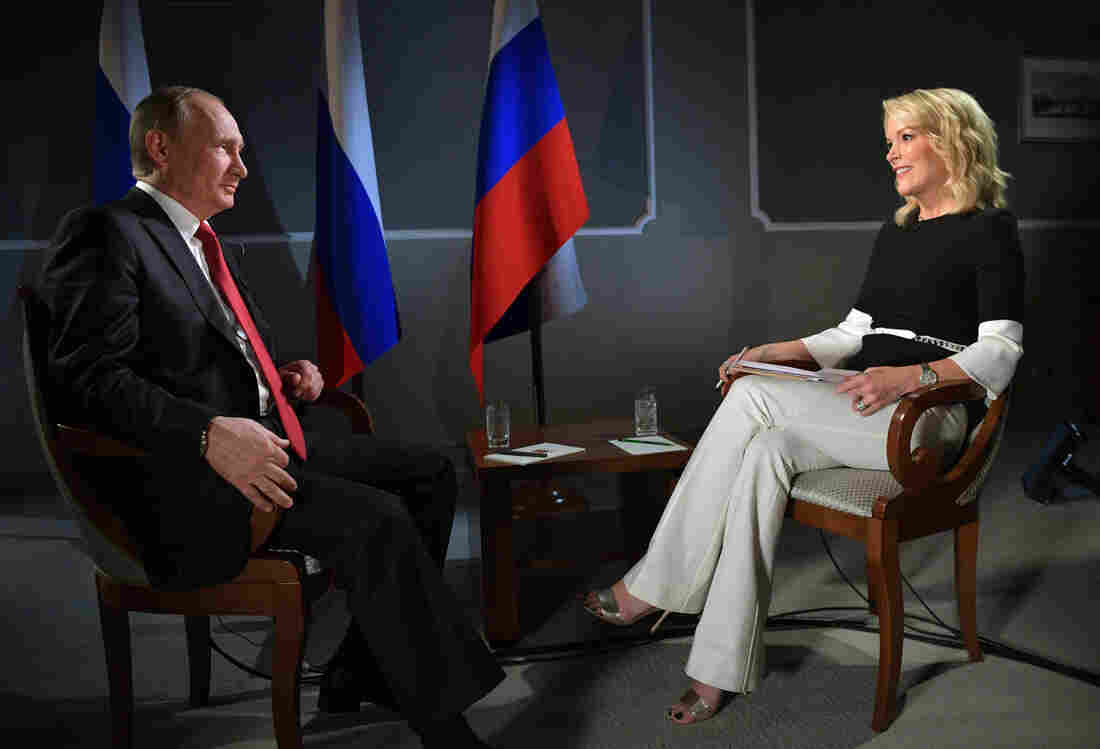 Anyone hoping to get a sense of how former Fox News star Megyn Kelly might reinvent herself for her new role as NBC News’ big hire, didn’t get a lot of clues from the rather conventional debut episode of Sunday Night with Megan Kelly.

It was a program which came with some fanfare, particularly if you were watching NBC News platforms in the days leading up to Sunday’s debut. MSNBC, Today and NBC Nightly News all broadcast previews of Sunday Night‘s big get, Kelly’s sit-down last week with Russian President Vladimir Putin.

But despite all the big headlines generated recently by allegations of untoward contact between Russian representatives and Donald Trump’s campaign officials, Kelly’s questions to Putin on the subject produced little besides irritated denials.

And though the program also featured stories from correspondents Cynthia McFadden and Harry Smith, there wasn’t really the kind of blockbuster, stylistic storytelling you would expect from a program trying to challenge CBS’ powerhouse Sunday newsmagazine, 60 Minutes.

“I haven’t seen, even once, any direct proof of Russian interference in the presidential election in the United States,” Putin told Kelly, offering a defense he has used before when asked about allegations that Russian hackers attempted to disrupt the 2016 presidential contest.

Pushing back, Putin even referenced an old conspiracy theory about the U.S. intelligence services masterminding the assassination of President John F. Kennedy.

“If this theory is correct and that can’t be ruled out,” Putin told Kelly, “then what could be easier, in this day and age, than using all the technical means at the disposal of the intelligence services and using those means to organize some attacks and then pointing the finger at Russia?”

Without a detailed — and highly untelegenic — discussion on details linking the hacking to Russian cyberespionage teams, it was tough for Kelly to challenge Putin’s assertions that Russian involvement could be faked.

Indeed, much of Kelly’s interview consisted of the anchor asking tough-sounding questions with enough wiggle room that Putin could shrug off, claim ignorance of or become indignant over the subjects at hand.

On the question of whether Russian ambassador to the U.S. Sergey Kislyak met with officials in Trump’s campaign before the election, Putin gave two answers. “There were no meetings,” he said first. Then, when Kelly pressed with a follow-up question, he said, “I have no idea…I don’t know the routine job of an ambassador.”

When Kelly asked why he hasn’t asked Kislyak more recently about the alleged meetings, Putin got more irritated. “You created a sensation out of nothing and out of this sensation, you turned it into a weapon of war against the current president.”

When Kelly asked about Americans who may think he’s an autocratic ruler who jails dissidents and kills journalists, Putin replied, “Russia is developing along a democratic path…Why do you feel you have the right to ask us these questions?…We will absolutely not accept when these sorts of things are used as an instrument of political conflict.”

Absent questions citing specific examples of Putin’s actions against journalists or political rivals, it was easy for the Russian president to talk circles around the subject. Even his astonished comment that Americans have “lost their senses” for thinking Russia might gather compromising information on American businessmen in his country sounded disingenuous.

After all, why would anyone think a man who spent years as a KGB foreign intelligence officer might gather information on powerful foreign business leaders when they are in his backyard? I longed for one of the incredulous reactions 60 Minutes correspondents like Mike Wallace and Ed Bradley were famous for when an interview source told a whopper, saying “come on” with a look that told the viewer they weren’t buying what they were just told.

In the end, the interview accomplished what Putin and Kelly needed — she got a big name for her debut episode and he got a forum to push back angrily against American media and intelligence services. But I’m not sure viewers learned much that was new.

Outside of the Putin interview, Kelly introduced stories from other NBC News correspondents, including an investigation from McFadden alleging that a pharmaceutical company used fraudulent tactics to encourage the over prescription of an expensive pain killer which endangered patients while enriching the corporation. There was also a cute, if uncharacteristic, segment dubbed “At the kids table,” featuring children answering questions about why we’re so uncivil these days.

Kelly announced her departure from Fox News for NBC months ago, but this was the first show she has led in her new TV home. And while the first episode of any new show is a work in progress almost by definition, Sunday Night‘s debut didn’t reflect much of her personality.

Before leaving Fox, Kelly was known as one of the few journalists who rattled Donald Trump during his campaign for president. But even though she’s been off television for much of his presidency, she didn’t offer any political punditry Sunday night. Frankly, it felt as if anyone could have hosted the program.

There also wasn’t much of a sense why this show should exist, outside of providing a way to introduce NBC viewers to Kelly when 60 Minutes is mostly in summer reruns. And those who remember Brian Williams’ ill-fated newsmagazine Rock Center know how tough it is for a news program without an identity to succeed.

The network is also developing a 9 a.m. show for Kelly to debut later this year. Presumably, that will allow her to show a bit more personality and redefine herself outside of the Fox brand her fans know so well.

Still, it was an oddly straightforward debut for a woman who was once considered the future of Fox News, now making a high-profile transition to rival NBC. She’ll need to make a more distinctive mark to define herself as a rising star in this new news universe.