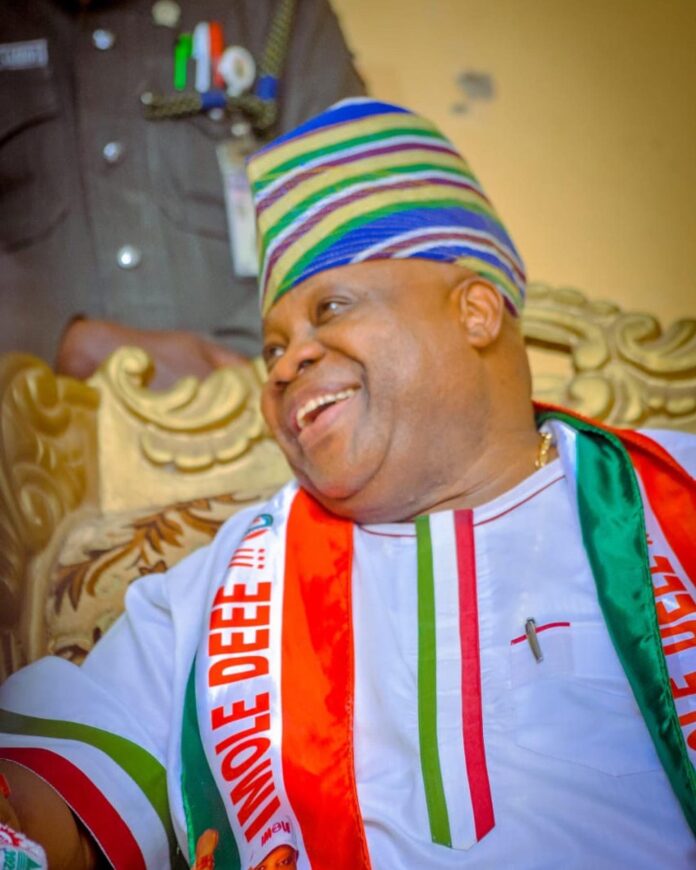 The Governors elected on the platform of the Peoples Democratic Party (PDP), have congratulated Sen. Ademola Adeleke on his inauguration as Governor of Osun State.

The forum also pledged unconditional support for Senator Adeleke throughout his tenure.

It recalled that “at the campaigns, he concentrated on issues that mattered most to Osun people and they, in turn, responded in kind with their votes, bestowing on him and the PDP an earth-shaking victory of historic proportions.”

The statement said “this proves once again that God’s time is the best. He chooses the time and the place.

“This mandate has all the trapping of the love and prayers of the people. The PDP – GF looks forward to a very engaging and prosperous first tenure for Governor Adeleke and enjoins all the state’s people to continue to pray for him, and support him with their undiluted loyalty, as his heart is full of love and concern for their wellbeing.

Also read: ‘Dancing With The Stars Finale: Who Won The Season 31 Mirrorball?

“Today, the path has been cleared, and progress is shining on Osun State. It is now time for the “People’s governor” a man so much loved by the people, to settle down to develop a roadmap for the rapid development of Osun State. The State deserves the best”.

The Forum assured the people of Osun State that the PDP would not disappoint them.