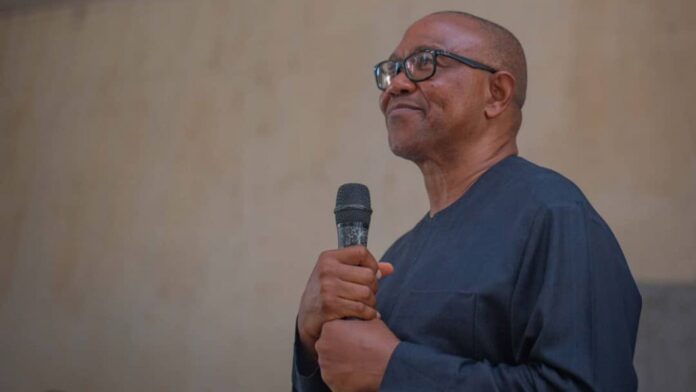 The Leader Of INRI Evangelical Spiritual Church, Primate Elijah Ayodele has advised the Labour Party, LP, presidential candidate, Peter Obi things to do ahead of the 2023 presidential election.

Primate Ayodele advised Obi not to work on the crowd alone but on the election technicality.

He urged Obi to focus more on technicalities than crowd if he wants to win the election.

In a statement by his Media Aide, Oluwatosin Osho, the clergyman said: ‘’Obi should not work on the crowd alone, he should work on the election technicality.

“He doesn’t really need to work on reports but results. He should be more diplomatic and technical. He will understand what I am saying.

“If he wants to win, he must take his focus from the crowd and work seriously on the election technically.’’

Primate Ayodele dismissed claims that there may be a run-off.

‘’Many things will still change before the election, not all the crowd they are gathering will vote for them, they need to work extraordinarily.

“Let’s forget about run-off or inconclusive, the winner will win and the losers would win,” he said.