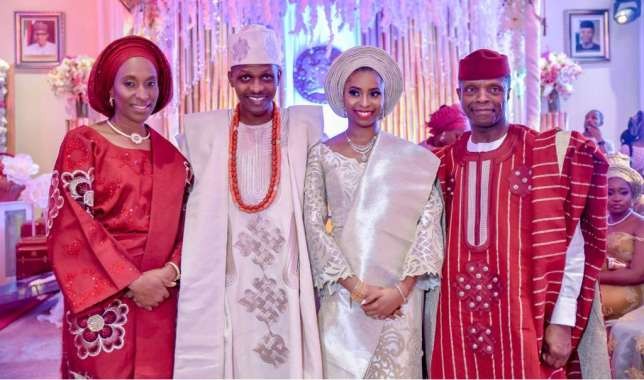 Osinbajo All the photos as VP’s daughter gets married

Here are all the photos you asked for from the traditional wedding of Osinbajo’s daughter.

The traditional wedding took place on March 15, 2018 at the Presidential Villa in Abuja.

The wedding was a low-key one, with Nigeria’s number two citizen warning guests who wanted to splash the cash to respect the family’s wishes of a low profile, quiet ceremony, given the prevailing mood of the nation.

play The bride and groom become the Bakares

An aide of the president had told Pulse two weeks ago that Osinbajo resisted pressure from Nigeria’s elite to make the wedding a grand one.

Only few invitation cards were printed as well in order to ward off loud, garish, praise-singing guests.