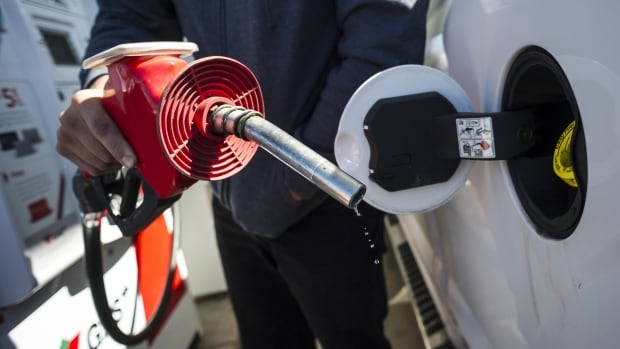 In a news release issued Monday morning, the province said if passed, the gas tax would be reduced by 5.7 cents per litre and the fuel tax by 5.3 cents per litre for a period of six months beginning July 1.

“Ongoing supply chain challenges and geopolitical conflicts are pushing up the cost of living from gas to groceries,” said Minister of Finance Peter Bethlenfalvy.

“With these added pressures, families and businesses need extra help to keep costs low. That is why our government is bringing forward legislation to provide tax relief at the pumps and put money back into people’s pockets.”

The announcement comes as prices at the pump surge across Canada, and as Ontario prepares for a spring election campaign.

This would be the first time Ontario has reduced the gas tax in over 30 years.

Ford had in recent months resisted calls for such a move, despite making a promise to do so in the last election.

One of the Progressive Conservatives’ promises in the 2018 election campaign was to cut gas prices by 10 cents per litre. The party said that would be accomplished by scrapping Ontario’s cap-and-trade system and cutting the provincial gas tax.

The government did end cap-and-trade soon after the election, meant to lower prices by 4.3 cents a litre, but that prompted the federal carbon tax backstop to kick in, negating those savings. Ford’s government tried fighting the levy in court, but lost.

Last fall, Ford promised to make good on his 2018 promise to implement the remaining 5.7-cent cut before the upcoming budget, but then he backtracked soon after, saying he would only implement such a cut if the federal government did something similar.

A date for the budget has not yet been set, and the province recently pushed back its deadline to deliver it to April 30.

The New Democrats have called for gas price regulation and have introduced a private member’s bill to that effect for a third time, but Energy Minister Todd Smith has cited Ontario Energy Board studies suggesting that wouldn’t actually lower prices.