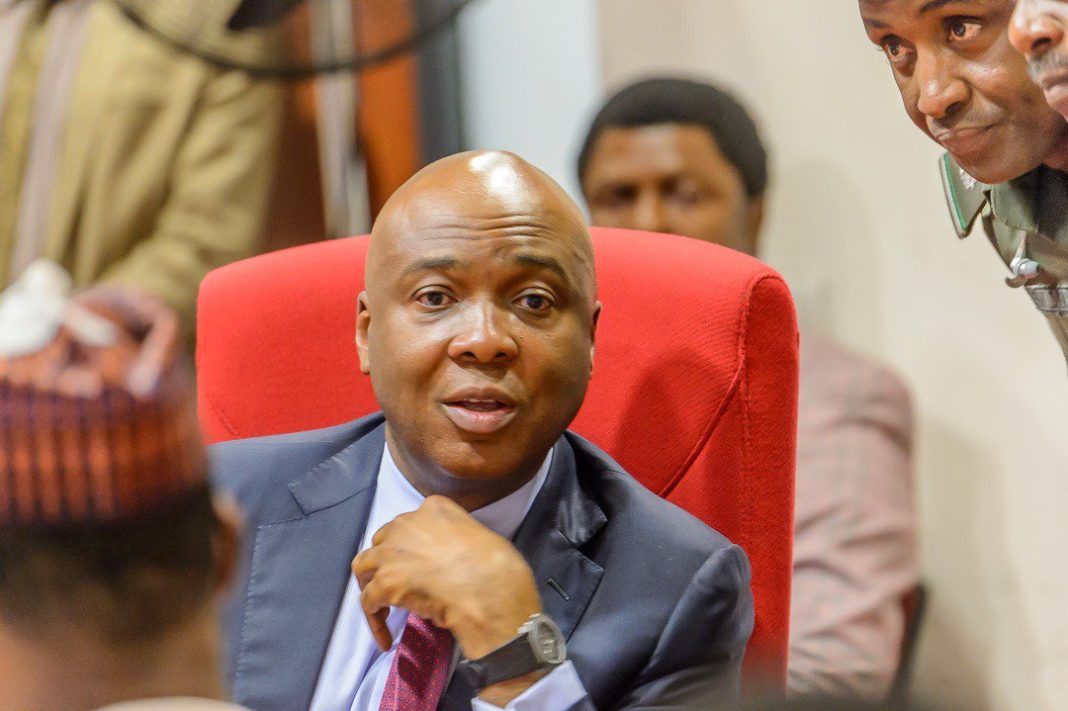 A transcript of the confession of the Offa robbery attack suspect that indicted President of the Senate, Dr. Bukola Saraki, has been released.

The Nigeria Police had on Sunday, invited Saraki for questioning over his alleged involvement in the offa Bank robbery attack in Kwara State.

The transcript obtained by ThisDay, had the confession made by the suspected gang leader of the Offa robberies, Ayoade Akinnibosun.

According to his statement made to the police, he said his nickname was AY and he identified himself as the chairman of the Liberation Youth Movement in Kwara South.

My involvement with the Senate President, we are his boys! We work for him in Kwara South; we are the ones that hold Kwara South for him.

“We have been working for him since when we were in the Peoples Democratic Party, it has been long, when he was governor of Kwara State,” he informed his interrogator.

Question: When you say you work for him what is the nature of the work you do for him?

We are the ones that do political arrangement for him, for example were we can’t win, we make ‘DABARU’ (Yoruba for spoil) arrangement there. We scatter elections if we don’t win.

Questions: What is the connection between you and the Senate President and the armed robbery?

The connection between me and the Senate President is that he is the one that is arranging everything for us.

For example, this car was given to me by His Excellency, Governor Fatai Ahmed, through the chief of staff as a gift from the leader Bukola Saraki.

I participated in the Offa robbery, I took this Lexus car to Offa.

Question: We want to know the link; did the Senate President and governor encourage you people to be stealing and killing people in Kwara?

The Senate President and governor of Kwara State we have been their political thugs so that was what encouraged us to do what we were doing.

Question: How did you get this weapon?

It was through one retired policeman, Michael Adikwu, he was the one that came with this ammunition.

That faithful day, it was me, this man sitting beside men here, the five of us, I came to join them at Ajasse Ipo, then we took off to Offa. On getting there, me I now positioned everybody. Me I stood at that Total filing station junction, on getting there we now met that Michael, that dismissed police officer. He came down from one Audi, there was a Nissan parked in front of us, he came down from the Audi and removed guns from the Nissan – five AK47s and gave it to us, and I shared it between the five of us inside our Benz.

Question: Back to this question again were the state governor or Bukola Saraki aware of the robbery before you went for it, did they send you?

They did not send us to the robbery but because we are their political thug that was what led us to that robbery.

Question: Who gave you the two guns for the political thuggery?