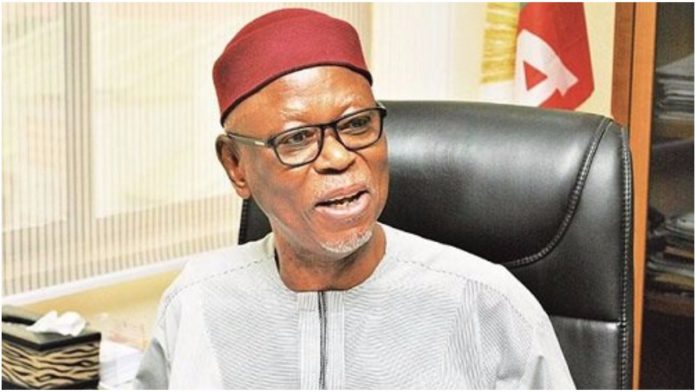 The National Chairman of the All Progressives Congress, APC, Chief John Odigie-Oyegun, has spoken on the activities of the New Peoples Democratic Party, nPDP, a group within the ruling party.

Oyegun said members of the nPDP are only looking for a good bargain themselves, adding that they (nPDP) cannot choose this time to dump the other political parties.

He said that the President of the Senate, Bukola Saraki, Speaker of the House of Representatives, Yakubu Dogara and others were only acting like people who want the best for themselves. Oyegun ruled out any possibility of the group decamping to other parties.

Oyegun told reporters, “The process is still ongoing, and until we reach an understanding with them, it won’t be right to comment, but I think we have tended to read too much that is negative into their act.

“I just have a feeling that like all people who want the best terms for themselves, they will come out at a period which they feel is advantageous to them.

“So, we have accepted their protest in good faith, and we are sitting down with them to work out something that will be mutually beneficial
to both interests.”