Obasanjo to Nigerian youths: Only a few of us remains, exploit our experience now 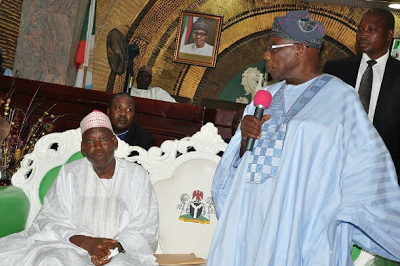 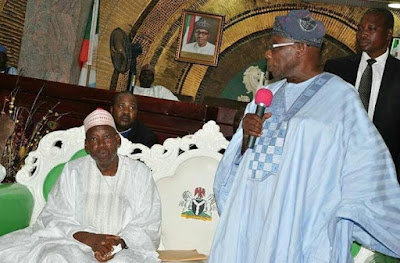 Former President Olusegun Obasanjo, today told Nigerian youths to exploit the wisdom of older generation of Nigerians while they are still here.
He made this statement during a visit to the office of the Governor of Kano, Abdullahi Ganduje, to condole him and the people of Kano on the death of Ambassador Yusuf Maitama Sule. 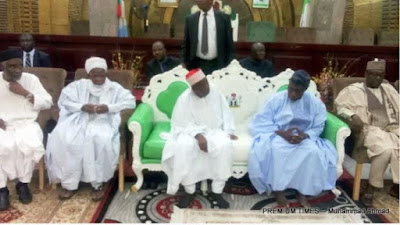 Obasanjo said that with the exit of the respected statesman, Nigerian youth have less of the older generation of Nigerians to learn from.
He told the youths that no matter how they felt, the voices of older Nigerians still represent that of wisdom and hope.
He said: “Even if you think that as young people you have the same number of new clothes as we the old people, you can certainly not have the same number of rags.”
Premium Times reports that Obasanjo lauded the late Danmasani as an embodiment of peace, wisdom and patriotism, adding that he had always prayed for “a land of unity, land of order, land of progress and an envy of the African States.”
He added: “This man (Maitama Sule) has left behind a big shoe and I don’t know if there is anybody fit enough to fill that shoe for now.”
In his remarks, Governor Ganduje described former President Obasanjo as a detribalised leader who had always identified with the people of Kano on many occasions.
Present at the meeting were Niger and Adamawa State governors, Abubakar Bello and Jibrilla Bindowo; a former judge, Mamman Nasir; the Wakilin Adamawa, Hassan Adamu; and the former governor of Adamawa State, Murtala Nyako.
Share
Facebook
Twitter
WhatsApp
Pinterest
Linkedin
ReddIt
Email
Print
Tumblr
Telegram
Mix
VK
Digg
LINE
Viber
Naver
Previous articleNigerian rapper, Vector loses dad
Next articleBN TV: Cameroonian Vegetable Salad with Cream by Precious Kitchen