No, the party with the most seats doesn’t always govern 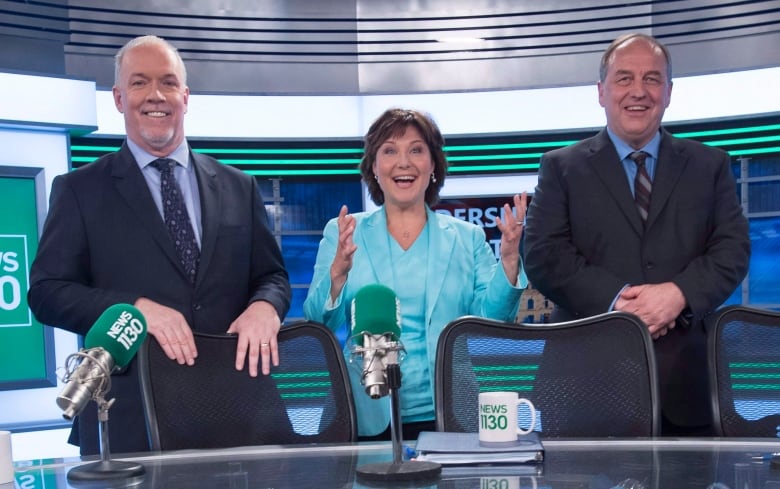 In an email to supporters on Wednesday, the Conservative Party warned of a plot to subvert democracy in Canada.

The Liberals, a Conservative official wrote, were “already planning a way to take power without winning the election.”

It’s the sort of language typically reserved for describing military coups and authoritarian movements. In this case, the Conservatives were describing a scenario which would see the Liberals govern with the support of other parties, even if they don’t win the most seats next week.

Around the same time, Conservative Leader Andrew Scheer was telling an interviewer that his party “would expect that other parties would respect the fact that whichever party wins the most seats gets to form the government.”

But that is not a fact. The party with the most seats doesn’t always get to govern.

If Scheer’s “fact” was a fact, John Horgan currently wouldn’t be the premier of British Columbia.

British Columbia remains a functioning democracy. Its political system was not overthrown or subverted. Quite the opposite, in fact.

It’s entirely possible that next week’s federal election will produce a relatively straightforward result, one that requires little or no post-election negotiation.

It’s also possible that the Conservatives are invoking the spectre of a Liberal-NDP coalition to rally their own supporters, or even to bolster support for the NDP.

But if there is an unclear result on Oct. 21 — and if that result inspires a loud partisan campaign to question the legitimacy of certain outcomes — Canadians will need to understand what history has shown us about how the Canadian political system actually works.

Just last year, for instance, there was a close result in New Brunswick. The incumbent Liberals, led by Brian Gallant, won 21 of the legislature’s 49 seats. The Progressive Conservatives won 22 seats. The People’s Alliance and the Greens each won three.

Gallant, the premier, was not compelled to immediately resign. Instead, he remained premier, had the legislature recalled and attempted to win the confidence of a majority of MLAs. Only after he failed did he resign.

In Saskatchewan in 1929, the incumbent Liberals won 28 seats, four more than the Conservatives but four short of a majority. The Liberal government stayed in office and met the legislature, but was defeated and replaced by a coalition of Conservatives, Progressives and Independents.

Four years earlier, at the federal level, Mackenzie King continued to govern even though his Liberals won 100 seats and the Conservatives won 115 seats. (Conservative Leader Arthur Meighen was later given a chance to govern after the governor general refused a request from King to dissolve Parliament and hold a new election — an incident known as the King-Byng Affair.)

Two former governors general have also given us some useful background on how they viewed minority situations in the past.

In her memoirs, ex-governor general Adrienne Clarkson wrote that she would have refused a request by Paul Martin to dissolve Parliament within six months of that year’s election. Conceivably, her only other option at that point would have been to invite the leader of the second-place party — in that case Stephen Harper, whose Conservatives held 99 seats — to form a new government.

In 1979, Joe Clark’s Progressive Conservative government was defeated in the House on a budget vote and Clark asked the governor general, Ed Schreyer, to dissolve Parliament and call new elections. Schreyer granted that request — but he later disclosed that he had allowed for a certain amount of time to pass before doing so to allow for the possibility that the second-place Liberals might come forward with a plan to form a new government.

“I did insist on waiting for several hours, so that in the event … that a workable alternative was to be communicated to me, confirmed to me in writing, I would still not have crossed the bridge,” Schreyer said in 2008.

First: incumbent prime ministers or premiers remain in their positions until they resign.

Second: the government does not always end up being the party that holds the most seats in the legislature.

Scheer tried out a slightly different twist on his argument Thursday. It is, he said, a “convention in modern Canadian politics … that a prime minister who enters into an election, and comes out of that election with fewer seats than another party, resigns.”

Setting aside Scheer’s use of the word “convention,” the Conservative leader isn’t wrong about recent history — although there are only a few cases that fit that specific description. Paul Martin resigned in 2004, Pierre Trudeau resigned in 1979 and Louis St. Laurent resigned in 1957.

But those resignations might simply have come down to the incumbent’s willingness (or ability) to come to an agreement with other parties. In fact, some ministers in St. Laurent’s cabinet are said to have encouraged him to face the House of Commons.

Scheer is effectively making political arguments about who should get to govern. But by making those arguments with words like “fact” and “convention,” he’s implying that his claims have something like the force of law.

Meanwhile, his party is describing alternative scenarios in the most inflammatory terms.

Andrew Scheer is a former Speaker of the House of Commons. He knows how the parliamentary system works, understands the importance of safeguarding the public’s faith in Canada’s institutions.

Indeed, progressive voters who might find comfort in the notion of a post-election arrangement should likely consider that, in a scenario where the Liberals finish with the second-most seats, a large gap in the number of seats between first place and second place might make it harder for Trudeau to publicly justify staying in office.

Politics can never be divorced from democracy.

But the basic fundamentals of how the democratic system works — and how the system was designed to work — should not be demolished by partisan political arguments.