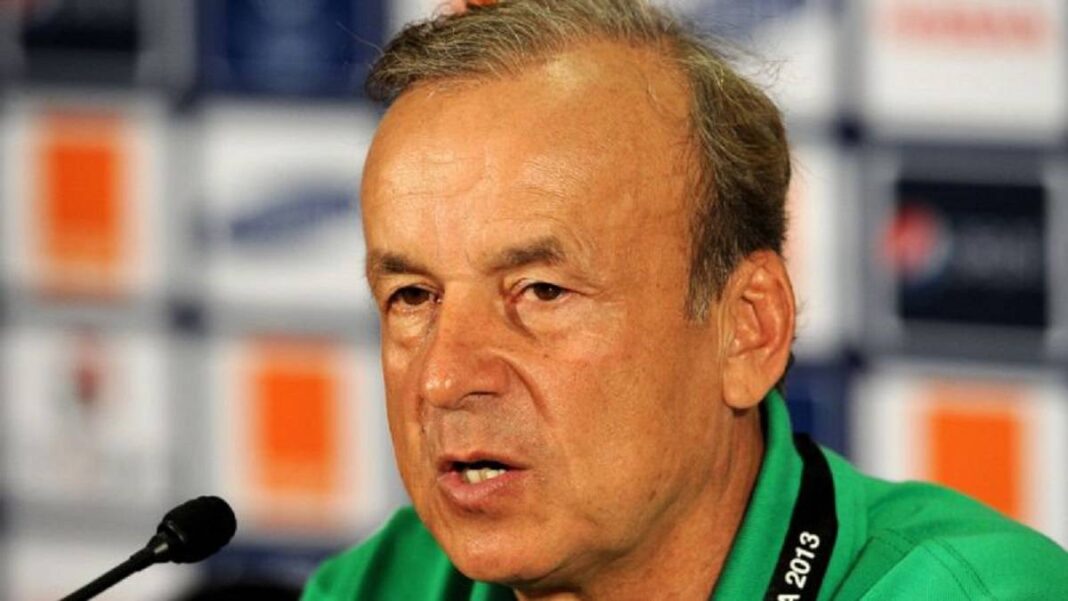 Recall that Ghana sacked Milovan Rajevac after the Black Stars were eliminated from the 2021 Africa Cup of Nations, AFCON.

Rohr was reported as one of the candidates to replace Milovan Rajevac ahead of Ghana’s 2022 FIFA World Cup playoff against Nigeria in March.

But the German tactician has now denied being contacted for the vacant position.

The 68-year-old stated that it would be difficult to coach another team against the Super Eagles of Nigeria.

“I don’t have any agent and nobody is intensifying my candidature to coach Ghana,” Rohr told Nigeria’s NationSports.

“Of course, some countries contacted me and not me contacting them.

“It would be difficult for me to fight against my former team,” he added when pressed further on why he doesn’t want the Ghana job.

Rohr was sacked as Super Eagles head coach just a few weeks before the commencement of the 2021 AFCON in Cameroon.

He was replaced by Augustine Eguavoen on an interim basis.